A shark may have been killed for your lipstick | Lifestyle.INQ ❮ ❯ 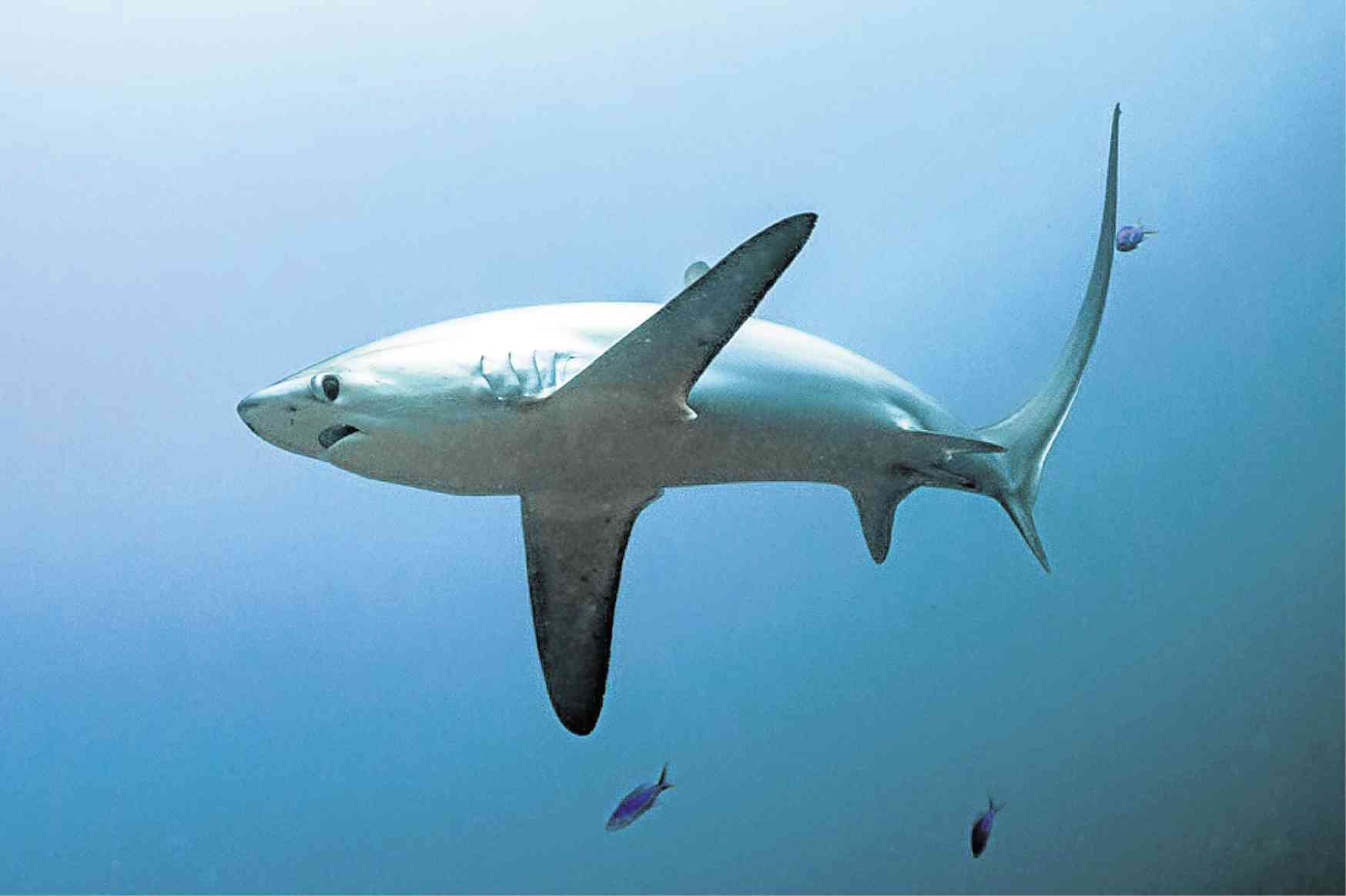 The majestic thresher shark is now protected by Philippine law, as of 2017. –NOEL GUEVARA

A shark may have been killed for your lipstick

Many women would “absolutely die” without lipstick, or so they say. But can you handle the idea that a shark—a majestic, ancient animal that has more to do with human life than people think—was probably killed so its liver oil could go into your favorite tube, or your moisturizer, or your squalene-based health supplement? (Squalene is a natural antioxidant.)

“Aside from the meat and fins for consumption, a lot of the different parts of the shark are also used,” Dr. AA Yaptinchay, director of the NGO Marine Wildlife Watch of the Philippines (MWWP), reveals. The cartilage is ground into a health supplement, the gill rakers are used in Chinese medicine, the skin (of rays, in particular) is used as leather for fashion accessories and furniture, the teeth and jaws for jewelry and curios, and the liver oil for beauty products and health supplements.

“Any use of products containing shark parts and by-products means a shark has died, and not just an individual, but many individuals,” Yaptinchay says. “Considering that these fisheries are not managed and regulated means they are not sustainable.” The bad part is, none of the health and beauty effects that these products claim have been proven, he adds. “Besides, sharks are also not the only source of squalene, a natural antioxidant; it may be extracted from some plants, too (like olives and palm oil) or produced artificially in a lab.”

Anna Oposa, executive director of the marine nongovernment organization Save Philippine Seas (SPS), cites a particular brand of moisturizer that proudly boasts of being made of shark oil.

“These products are a bad idea because there’s no traceability or accountability from any of these companies as to what species, fishing methods, and sites these products come from. We don’t know how much we’re taking, and if the rate is sustainable.”

MWWP and SPS, along with Greenpeace Southeast Asia-Philippines, Conservation International, Oceana Philippines, WWF-Philippines, the Philippine Animal Welfare Society (PAWS), and several other organization, are members of the Save Sharks Network Philippines (SSNP), what Yaptinchay describes as “a loose, informal group of NGOs, academic and research institutions, tourism businesses, and concerned individuals and offices that have been working together for shark protection and fisheries management through campaigns and government lobbying.”

The group was first convened in 2014 to campaign against Philippine Airlines, which at that time was shipping sharks fin to China as cargo (PAL has since stopped). Yaptinchay, Oposa and Greenpeace’s Vince Cinches recently spoke at a press conference launching “Pating, Saan Ka Parating?,” the 2020 Conservation Roadmap for Sharks and Rays in the Philippines.

The Roadmap was a main recommendation after the 2nd Shark Summit held in Dumaguete in November 2016, and is a guide to tackling issues and harnessing efforts to conserve sharks and rays in the country.

The Philippines has the second greatest biodiversity of sharks in Southeast Asia, and the fourth globally. Shark species in Philippine waters are under threat, however, mainly from human activity.

Sharks are not as menacing as people make them out to be, scientists insist; in fact, sharks are more afraid of humans than the other way around. “They’re so understudied and misunderstood, and it doesn’t help that movies, from ‘Jaws’ to ‘The Shallows,’ perpetuate this notion that sharks are monsters,” Oposa says.

In fact, author Peter Benchley spent the rest of his life as an ocean advocate, campaigning to protect sharks to compensate for the slaughter that followed the popularity of his book, “Jaws,” in 1974. Meanwhile, ecotourists spend thousands of dollars to come to the Philippines to encounter these enigmatic animals.

“They are needed to keep coral reefs and seagrass areas healthy; they keep fish populations in check; and as apex predators, they clear the seas of sick, dying, and dead animals, reverting them back as nutrients,” Yaptinchay says.

Aside from beauty products and accessories (some fashion entrepreneurs actually boast of having bags made from “exotic skins”), shark populations are decimated to make shark fin soup, a tasteless (it’s all in the seasoning) delicacy consumed mainly for prestige. Because of the worldwide demand for the soup, populations are overfished. Compound this with the fact that sharks are long-lived animals that mature late and produce very few young, and you have a recipe for possible extinction.

The Roadmap lists directed shark fisheries, bycatch (incidental capture of sharks when catching other species), unregulated tourism and habitat degradation as the main issues. It also recommends concerted efforts in four areas: research, communication, community engagement and governance. A recent milestone was when several shark species were included in the Appendices of the 12th Conference of Parties of the Convention on Migratory Species last Oct. 23-28 in Manila.

“Out of the estimated 200 species of sharks and rays present in the Philippines, only 20 are protected nationwide,” Yaptinchay says. “There are other protection mechanisms in specific places.” The whale shark, for example, has been protected in the country since 1998, and the law has been implemented quite effectively.

“There’s a monetary penalty and possible jail time, but to the best of my knowledge, no one’s been convicted yet,” Oposa says  of existing laws. This, despite the fact the sharks are commonly seen in wet markets all over the country. “Social preparation and localized information campaigns need to be carried out. Law enforcers also need to be trained.”

Think twice next time you want to order a bowl of soup, or slather on some shark oil.