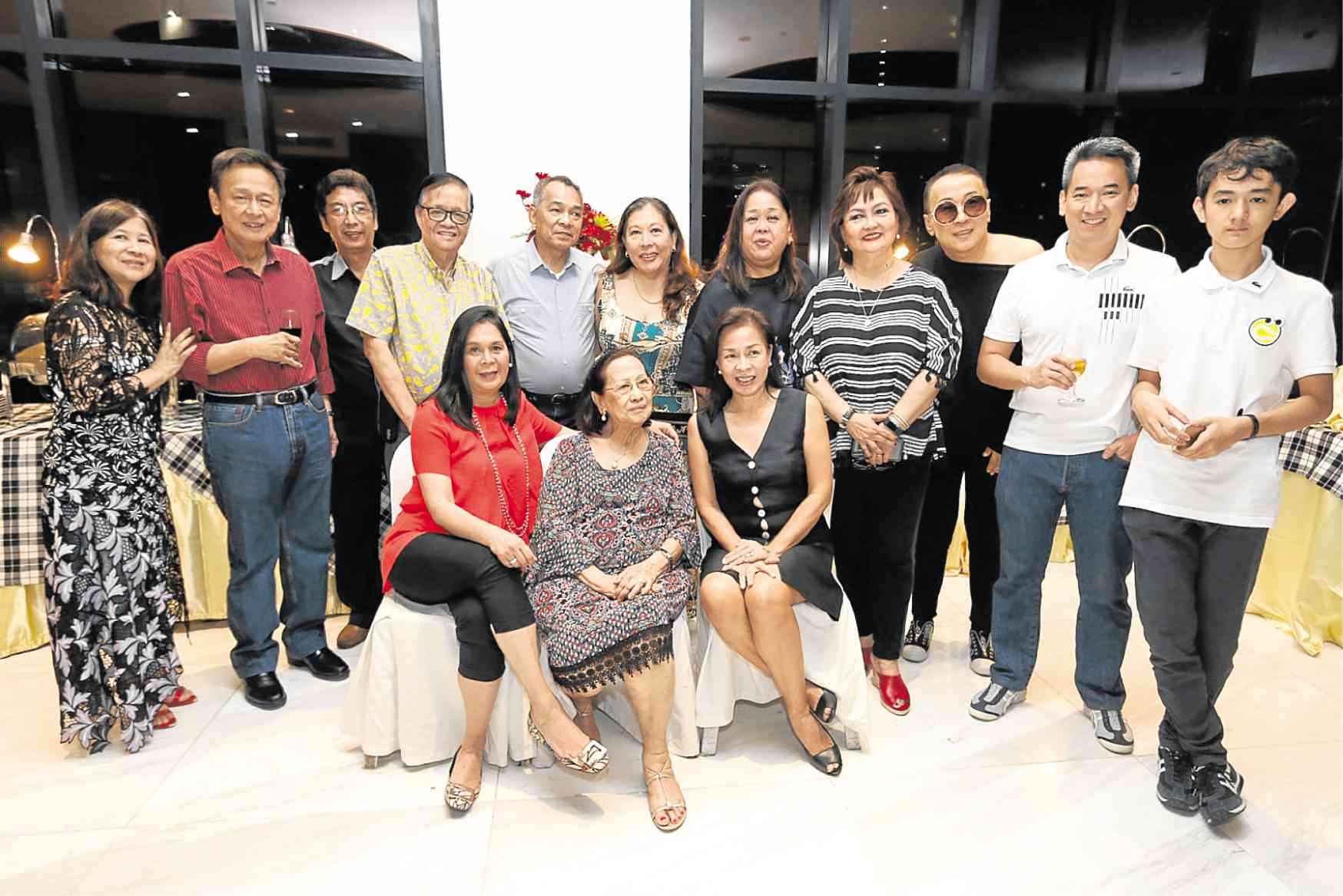 As Tita E-Eng (friends call her Charito or Charing) entered the room where family and friends were singing the birthday song, she was completely surprised.

This lengthy journey started earlier this year when her sons Poch and Robert Estella suggested on the cousins’ Viber group to have a surprise party on Oct. 7, the day after Tita Charing’s birthday. The response was overwhelming.

I volunteered to pop out of the birthday cake while singing happy birthday, but they all graciously turned it down.

A week before the party, we  told Tita Charing that Monch would host a dinner for the balikbayans—Poch and Robert and their respective wives, Niña and Margie; grandchildren Joey Estella, son of Poch, and CJ and Miggy Chuapoco, sons of Sylvia Estella-Chuapoco.

She was elated to hear the news and her first instinct was to bring a dish, maybe lechon. Poch kept telling her that there was no need to bring anything.

Her decades-long habit of going to 5:30 p.m. Saturday Mass at San Agustin had to be altered. The plan was to have a Mass at 5 p.m., graciously celebrated by Fr. Tito Caluag, teacher of Robert at the Ateneo High School.

On her birthday, Oct. 6, she wondered why she hardly got any calls from her friends. She  felt bad. Of course, her friends did not want to have a slip-of-the-tongue moment, since they were also invited to the party the next day.

Day of the party

This is where disaster almost struck. Months of planning the surprise party down the drain. We forgot one minor detail: to make sure that the elevator was empty when it reached our floor. As the doors opened, Chito and Annabelle Narvasa were in the elevator, all smiles and greeting Tita Charing.

To everyone’s relief, she did not catch on. As she entered the room, she was amazed at the number of people who were there, family members from the Estella and Cruz sides. Friends Greggy and Irene Araneta, Ambassador to the US Babe Romualdez, Rep. Gus Tambunting, Tony and Cora Lopa, Tammy  and Dina Campos.

Everyone started to sing as the cake was rolled out for her to blow.

At Mass, Father Tito gave general absolution. This was a huge bonus for many in the crowd, as they could now receive communion without fear of persecution.

During her long stint with The Manila Hotel, Tita Charing heard the music of Romy Posadas every day, since her desk was in front of the Tap Room. This time he was back to play the good old tunes.

After dinner, the show started with short videos from Angio and Monnette Ledesma, Joel Cruz and PJ, those who could not make it to the big party. Then a slide show with photos of her late husband Poch, the kids and grandchildren, parents Lolo Roman and Lola Manding, brothers and sisters, and many more.

Then came a surprise number from the kids and grandkids, who sang “Dahil Sa Iyo” with a twang. Other than Niña’s solo portion, it was surely not the best rendition of this classic song. Of course, there was Tita Charing’s obligatory dance with sons Poch and Robert, which made hearts melt.

Then a surprise song from her brother Tony Cruz, although his voice turned high notes into bass tones.

Tita Charing took it all in for almost seven hours. She said, “I saw all the people that mattered to me in my lifetime.” A very long lifetime indeed, 90 years and counting. —CONTRIBUTED