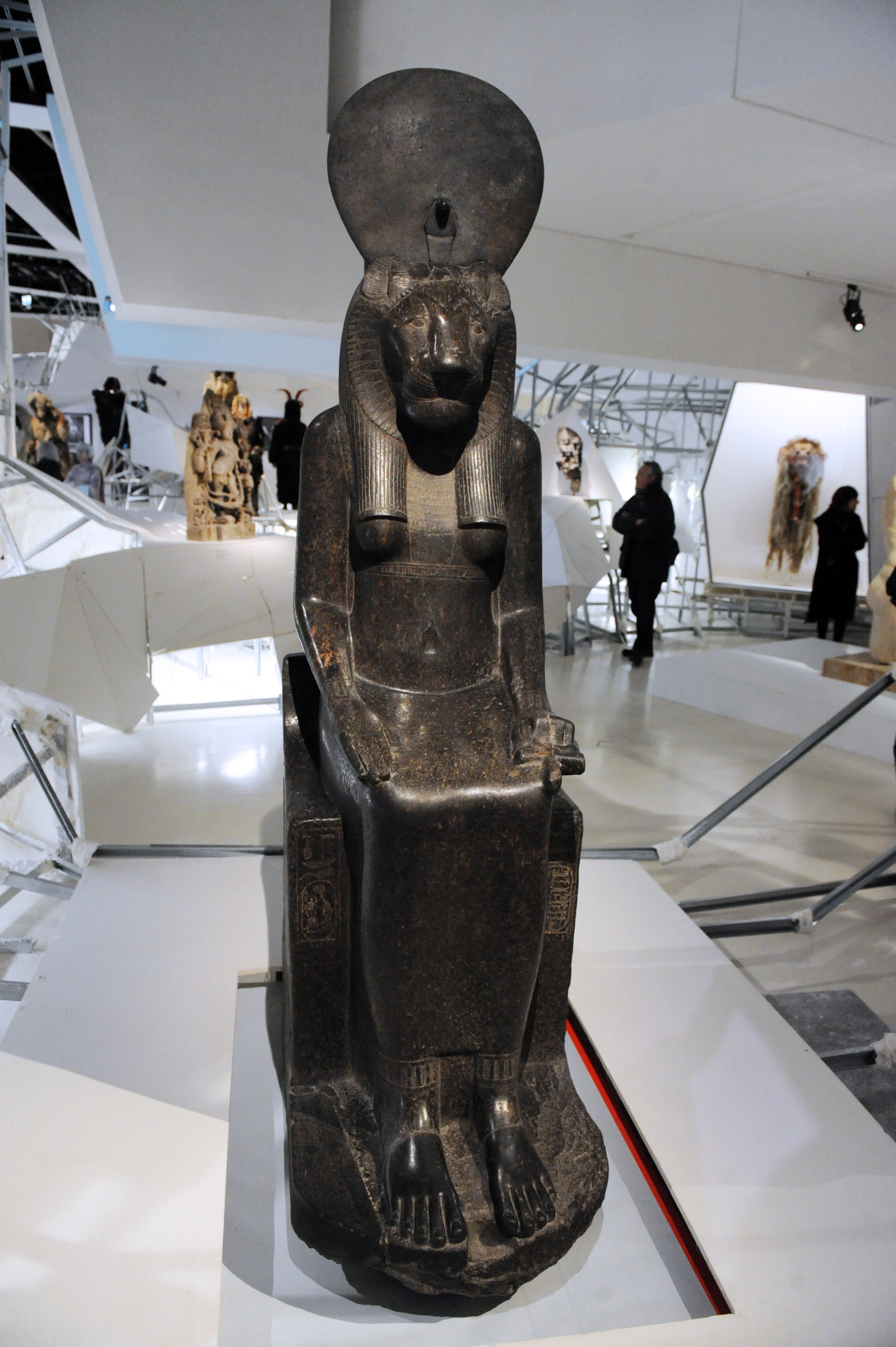 In this April 10, 2012 photo, a statue representing Egyptian goddess “Sekhmet” is displayed during the exhibition "Les maitres du desordre" (The masters of disorder) focused on shamanism at the Quai Branly Museum in Paris. On Sunday, December 3, 2017, Egypt’s antiquities ministry reveals the discovery of 27 fragmented statues of the lion-headed goddess across the Nile from Egypt's southern city of Luxor by an Egyptian-European mission. The mission has discovered 287 statues of Sekhmet since it began its excavation work in 1998. (AFP PHOTO / MEHDI FEDOUACH)

An Egyptian-European mission has discovered 27 fragmented statues of the lion-headed goddess Sekhmet across the Nile from Egypt’s southern city of Luxor, the antiquities ministry said on Sunday.

The statues of the goddess, known as The Lady of War, were found in the ground at the Colossi of Memnon area on the city’s west bank, which used to be a capital for ancient Egypt, the ministry said in a statement.

Sekhmet had the body of a woman and the head of a fierce lioness, with a headpiece featuring the sun disk, and was one of the goddesses known as Eyes of Ra – the sun god.

The newly found statues were about two meters (six and a half feet) high and carved in black granite, the ministry said citing Mostafa Waziri, secretary-general of the Supreme Council of Antiquities.

The statues had the goddess’s head “crowned by a sun disk” while a cobra “adorns her forehead,” Waziri was cited as saying.

Waziri also said that some were of Sekhmet “sitting on the throne, holding the symbol of life in her left hand” while others were of her “standing and holding the papyrus scepter.”

Hourig Sourouzian, who led the mission, said the excavation began on November 7 and lasted till the end of that month.

The mission found additional statues at the end of November, bringing the total number to 39, Sourouzian told AFP.

The statues that were found closer to the earth’s surface were in good condition, unlike the others found deeper in the ground, Sourouzian was cited as saying.

The mission was preparing the discovered statues for display, she also said.

The mission has discovered 287 statues of Sekhmet since it began its excavation work in 1998, the ministry said, citing Fathi Yassin, director-general of the West Bank Antiquities in Luxor.