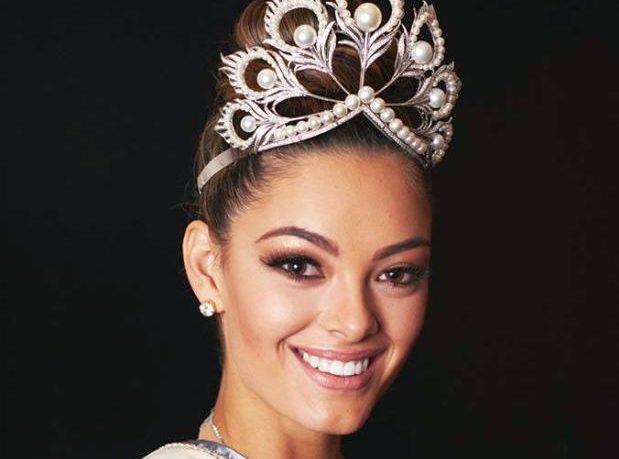 Miss Universe 2017 Demi-Leigh Nel-Peters would launch her reign with a four-day visit to the Philippines starting on Wednesday.

Tourism Secretary Wanda Teo said that Nel-Peters would be accompanied by 14 other beauty queens, including her predecessor Miss Universe 2016 Iris Mittenaere, on her tour throughout the country.

According to Teo, since the country begged off from hosting the November pageant, the Miss Universe Organization asked if Nel-Peters and the other candidates could travel around the Philippines’ most scenic spots, given the experience of the Miss Universe 2016 candidates.

Teo said the beauty queens will tour Rizal Park and Intramuros on Wednesday as they will be featured in a charity ball at Solaire Resort and Casino on Thursday.

Then on Friday, the beauty queens will be grouped into three as they visit Batanes, Bohol, and Camiguin.

Nel-Peters will be in Batanes, together with Miss USA, Miss India, Miss Singapore, and Miss Thailand. As of posting, however, the Department of Tourism (DOT) is still confirming Miss Universe Thailand Maria Poonlertlarp’s attendance.

Miss Universe 2015 Pia Wurtzbach, however, would not be able to join the tour since she is still in the United States, the DOT said.

On their last night, the ladies will be featured in a fashion show at Sofitel which would showcase the country’s indigenous weaves.

Teo said that with the visit of the beauty queens here in the Philippines this holiday season, they hope to lure more tourists to come and explore the country.

Asked if the tour is part of groundwork for the country’s hosting of the Miss Universe 2018, Teo said that it would be up to President Rodrigo Duterte.

In January, the Philippines hosted the 2016 edition of the Miss Universe. It begged off to again host the 2017 edition, as it coincided with other international events such as the 31st Association of Southeast Asian Nations (ASEAN) summit.  /kga