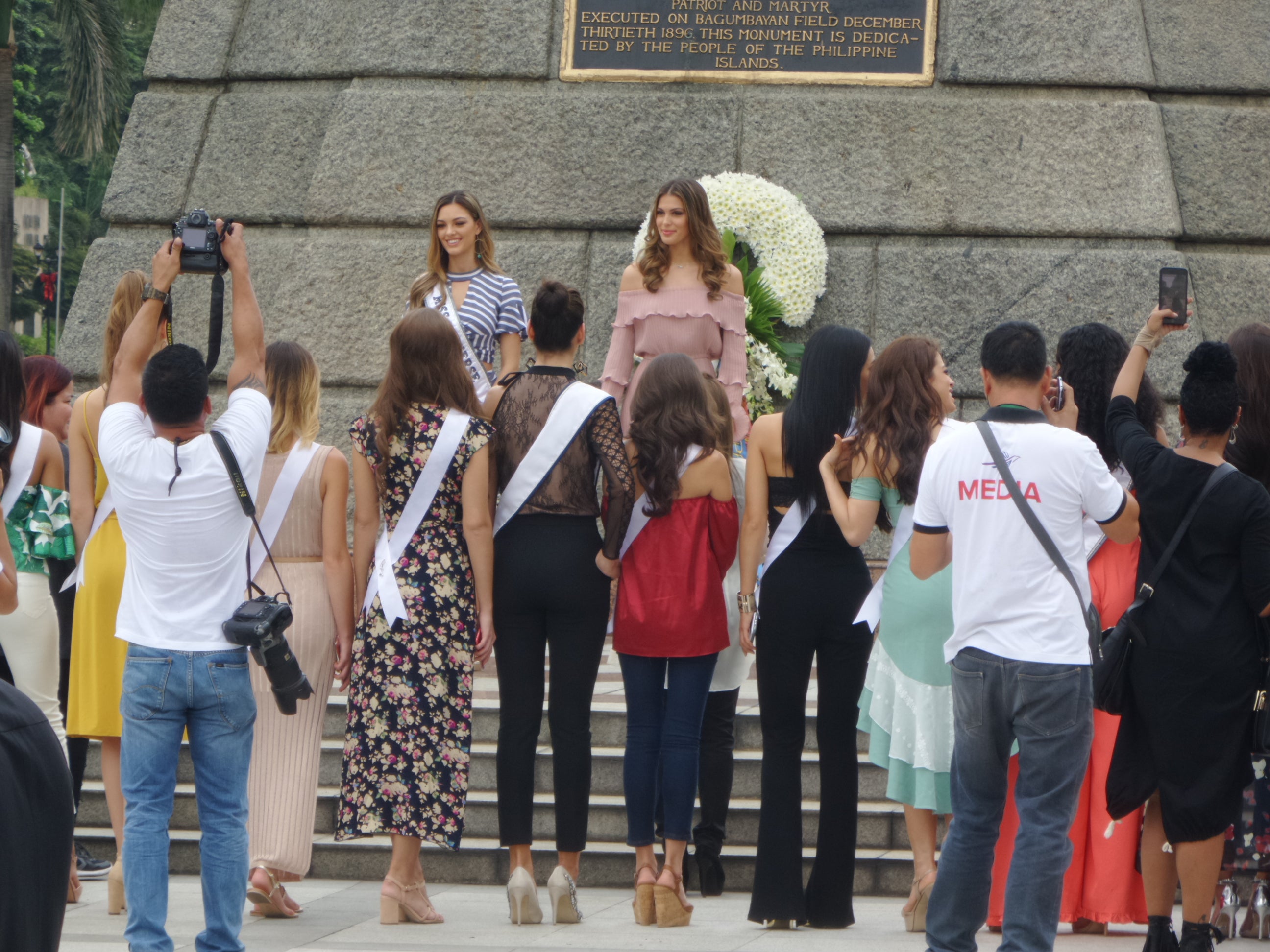 Miss Universe Demi-Leigh Nel-Peters (background, left) poses for photographers and fans after laying a wreath at the Rizal monument in Luneta.

Newly-crowned Miss Universe Demi-Leigh Nel-Peters kicked off her reign with a visit to the Philippines, along with her predecessor Iris Mittenaere and some of this year’s contestants.

Nel-Peters, who became the second South African to bag the title in ceremonies staged in Las Vegas on Nov. 26 (Nov. 27 in Manila), led a wreath-laying ceremony at the Rizal monument in Manila on Wednesday morning together with Mittenaere, who was crowned in Manila in January.

After their Luneta stop, the beauty queens also dropped by Fort Santiago and took a quick tour of Intramuros.

The ladies will be featured in a fashion show on Thursday.

On Friday, a group of international beauties will head to Batanes, another batch will visit Bohol, and a third set will tour Camiguin.

Their last official event in the Philippines will be the “Women of Significance” gala night hosted by the Department of Tourism on Saturday night. /cbb