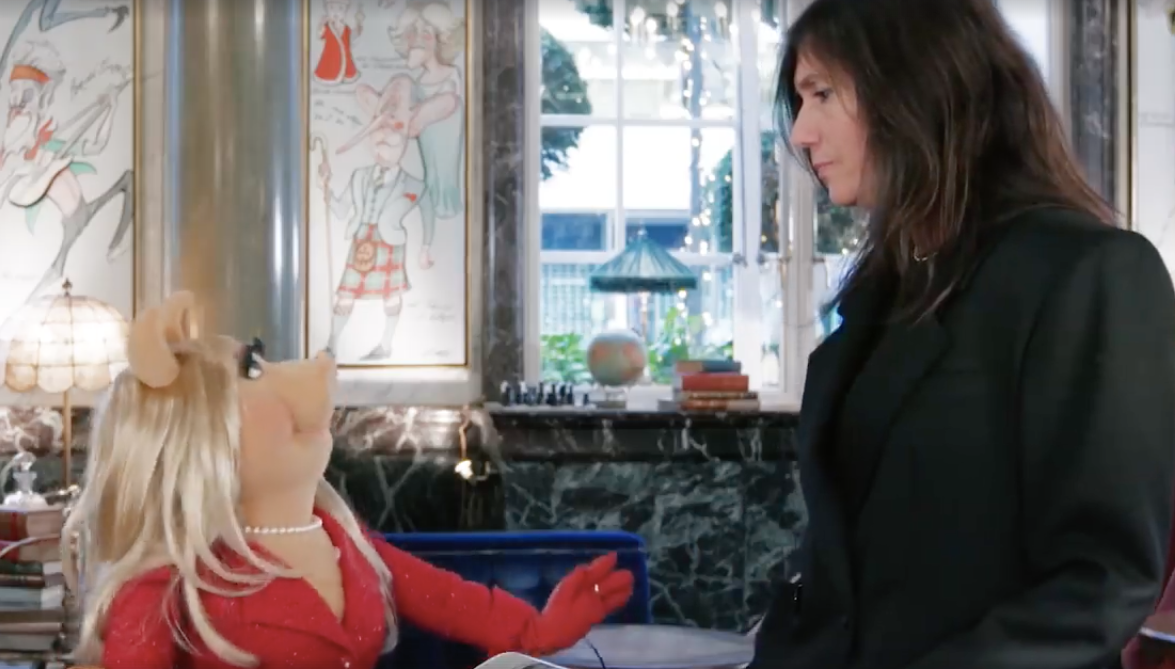 For this year’s British Fashion Awards, Miss Piggy seemed to have trouble finding the perfect showstopping gown. Luckily, she was able to get some advice from one of fashion’s biggest names.

While in a posh London café, Miss Piggy vented her frustrations to the waiter, who suggested options while flipping through the magazine. The muppet then fired back that his job was only to turn the pages and refill her coffee.

Alt then appeared on the scene and coincidentally brought with her a dress for Miss Piggy. Without hesitation, she tried it on with a snappy rationale: “If it’s expensive, it’ll fit.”

In the end, all was well for Miss Piggy as her dilemma was solved. She settled with a Saint Laurent by Anthony Vaccarello gown “studded with 10,000 crystals,” the muppet stressed.

The annual fashion event was held on Monday, with big names in fashion such as Donatella Versace and Stella McCartney bagging awards. JB