The inside story: How La Salle lit up in blue | Lifestyle.INQ ❮ ❯ 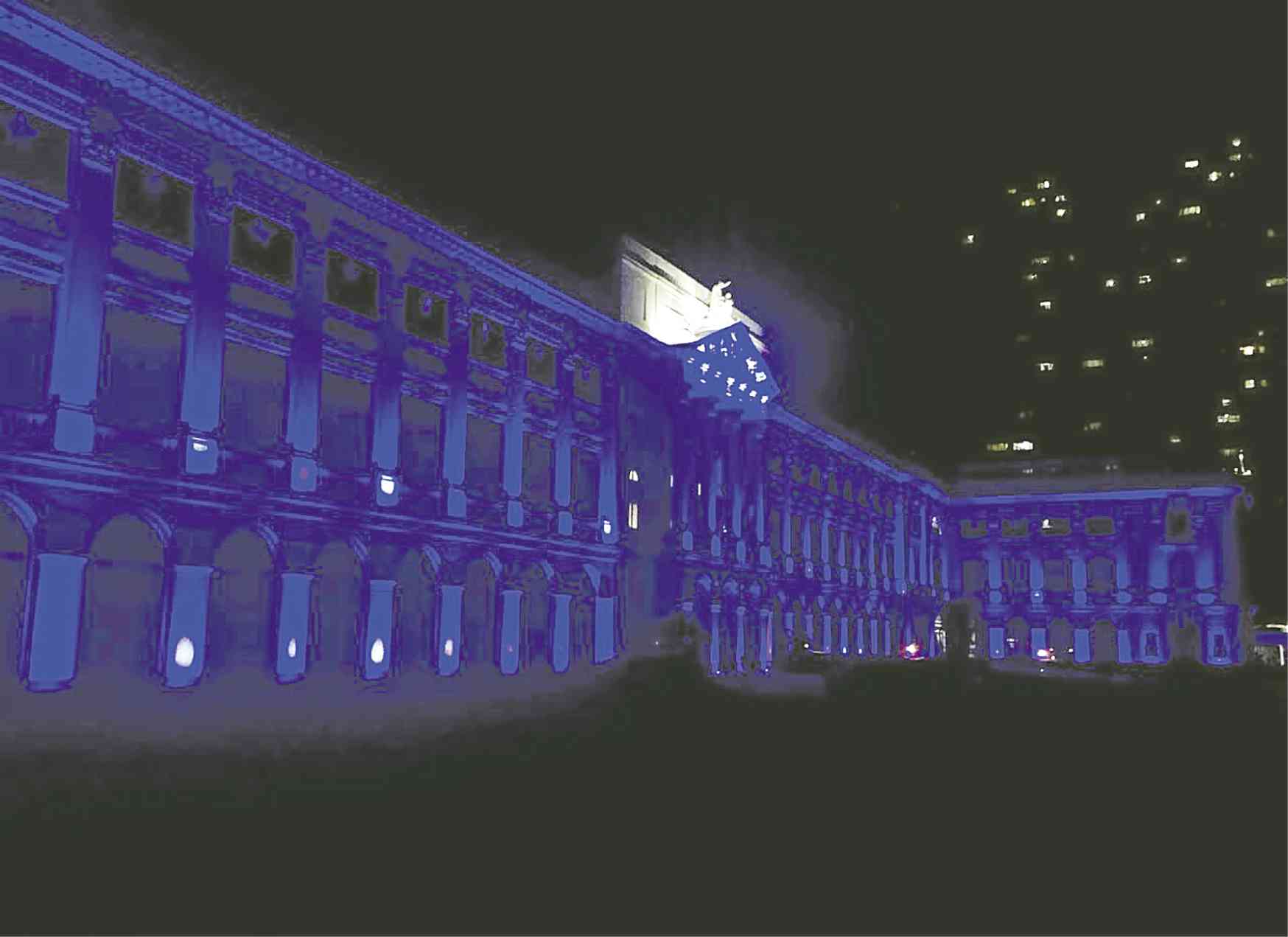 The inside story: How La Salle lit up in blue

The highlight of Ateneo De Manila University’s victory over archrival De La Salle University (DLSU) in the UAAP Season 80 men’s basketball finals last Dec. 3, aside from the euphoric celebration, was a photo of the DLSU main building bathed in blue lights—blue being Ateneo’s school color.

A day later, half of the facade was lit in green, DLSU’s school color—a visual unity of green and blue, of camaraderie between archrivals Ateneo and De La Salle.

It was a “gesture of sportsmanship and an acknowledgement of the victors,” said DLSU office for strategic communications executive director Johannes Leo D. Badillo in an e-mail interview with Lifestyle.

The idea to awash the building in blue light was an initiative of the De La Salle Brothers, said Badillo. “It was decided that if DLSU wins, we would turn on the green lights. If Ateneo wins, we would light the façade blue.”

Badillo pointed out that the light-emitting diode (LED) was acquired from a local supplier. “Our in-house electrical engineers operate the control panel that is accessible within the building,” he explained.

The lights are programmed to display different colors for different occasions, and have been operating for the past few years.

The facade of the St. La Salle Hall—designed by Tomas Mapua and originally built in 1924—is, from time to time, illuminated in colors to “represent national holidays like Independence Day, Christmas, to raise awareness for important causes (National Autism Month), and to mark University milestones (Foundation Day, UAAP victories),” added Badillo.

When the school celebrated its centennial in 2011-2012, a historical marker was placed at the St. La Salle Hall by the National Historical Commission of the Philippines.

“We consider this iconic building a fitting avenue to convey important messages to the academic community and the public,” said Badillo.

But even on ordinary nights, the building looks grand and majestic with plain spotlights beamed on the facade.

The visual artistry of light and shadow on an old but well-preserved structure is akin to how other countries light up their heritage buildings at night.

I didn’t give the LS Hall much notice back in college in 1981-86, although I liked that it had the only air-conditioned classrooms at the time.

But walking up and down its wide, concrete stairs gave one a feeling of dark history, especially when schoolmates who attended elementary classes in the same building would retell the documented massacre of La Salle Brothers and families from Manila who sought refuge in the campus from the Japanese army in 1945.

Now I see it in a positively new light.