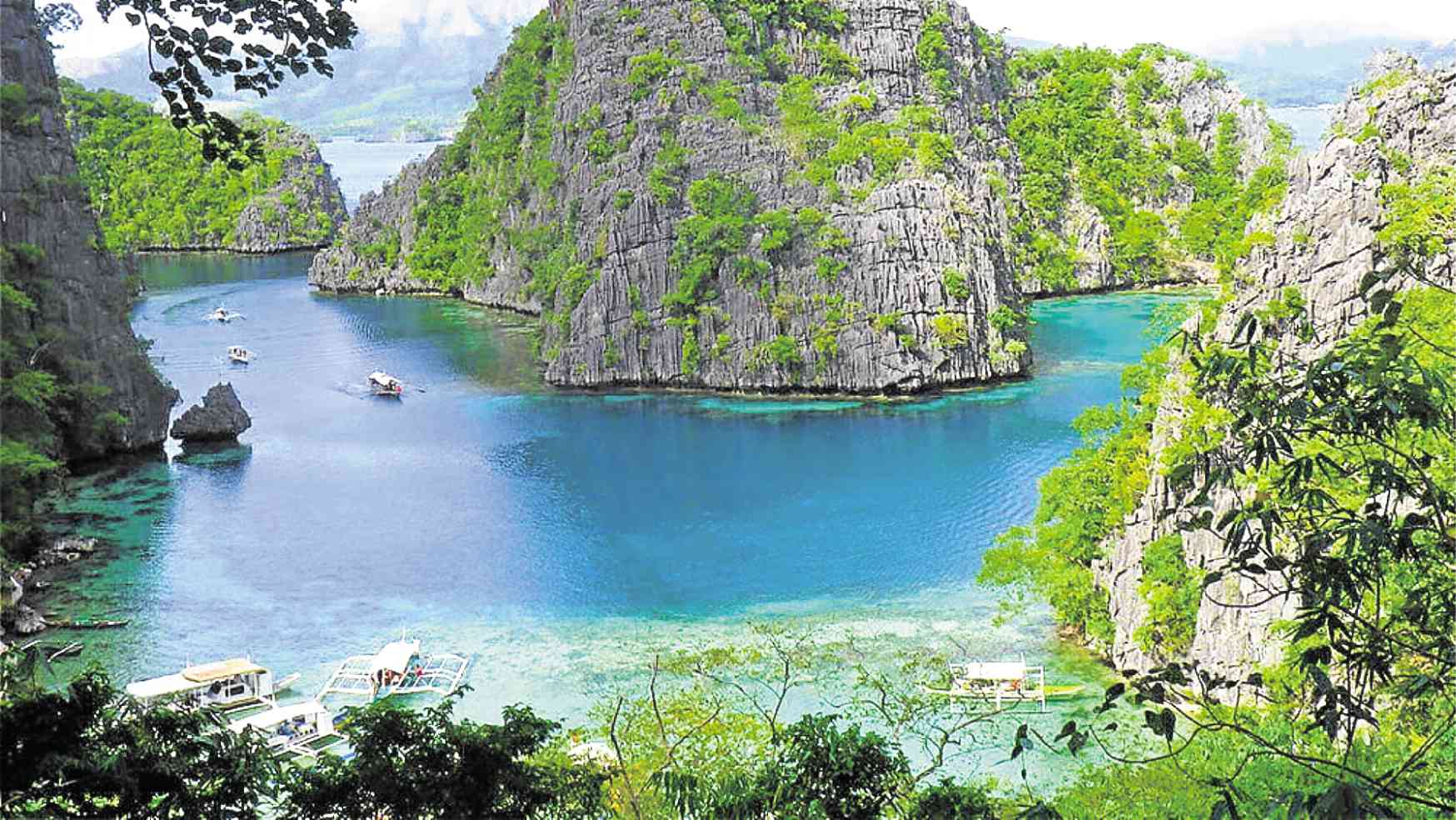 Palawan is a multi-awarded destination.

Traveling in the Philippines can be a logistical nightmare with multiple trips (by land, sea and air). But for those with the time and inclination, getting there is the adventure.

Here are Lifestyle’s 32 top local destinations in the last 32 years.

“This itty-bitty island in the western Philippines is as close to a tropical idyll as you’ll find in Southeast Asia, with gentle coastlines and transportative sunsets,” the travel website wrote. “Fold in a thriving nightlife scene, and you have one of the top tourist spots in the region.”

2) Cebu—For years, visitors in Cebu have invariably gushed about its food (lechon, dried mangoes) and beaches, it was only natural that others take notice. This year, Cebu grabbed the second spot in Condé Nast Traveler’s Readers’ Choice Awards 2017.

While Cebu’s beaches are famous, Condé Nast pointed out that tourists should “head off the grid on the Camotes Islands… to get a true taste of island life.”

3) Hinulugang Taktak— When they were at their strongest, the falls were a sight to behold. Devotees still flock to Antipolo’s other tourist site, the Antipolo Cathedral, as part of a panata (vow).

5) Vigan—Calle Crisologo’s cobblestone road and large bahay na bato on either side are some of the most photographed images of this town in Ilocos Sur. In the afternoon, vendors at the plaza fronting the church sell hot okoy (shrimp fritters) and empanada (turnovers).

6) Tali Beach—Before Boracay became the most favored summer destination, Metro Manilans took day trips to Batangas to frolic in Tali and other beaches in the town of Nasugbu.

7) Siama—Industrial designer Milo Naval has transformed part of this coconut plantation into a beautiful luxury resort in Sorsogon.

8) Malls—Yes, malls have become destinations that offer everything from food and apparel to movies and a range of services.

9) Tagaytay—Cool weather and savory fare just an hour’s drive away from Makati. The view of Taal Lake from the Tagaytay Ridge is worth the trip.

10) Cubao—A holiday tradition for kids in the ’70s was watching the annual Christmas display at COD department store. The mechanized Christmas pageant of mannequins in holiday finery was magical to children. Since then, new restaurants and condominiums have taken over and Cubao is now collectively known as the Araneta Center.

11) Dau—For one’s fix of “PX goods,” Dau in Mabalacat, Pampanga, was the place to go. There, one could get childhood sweets like Kraft Jet-Puft marshmallows and Hershey’s Kisses.

12) Pampanga—Pampangueños are known foodies and some of the best restaurants and eateries can be found in this province like Everybody’s Café and Claude Tayag’s Bale Dutung (wooden house).

13) Currimao—Before Dr. Joven Cuanang opened the charming Sitio Remedios resort in the sleepy town of Currimao, Ilocos Norte, it had long been a favorite spot of local picnickers. Subli-Subli Beach had a smattering of thatched huts with crude benches made of bamboo slats. Though the sand was dark gray, the water was often clear and shallow, perfect for wading.

14) Greenhills—The shops then, as now, carried a wide range of items including clothes, shoes and bags. Its own mechanized Christmas pageant is one that families look forward to.

15) Enchanted Kingdom— This amusement park in Sta. Rosa, Laguna, is still a favorite of thrill-seekers. For many, it was also their first introduction to world-class amusement parks.

17) Sagada—The perilous road trip to Sagada in the north is part of the thrill. There’s more upon arrival: caves and trails and bitingly cold pools of water.

18) Baguio—What used to be a six-hour road trip has been reduced to under four hours with the opening of the TPLEx (Tarlac-Pangasinan-La Union Expressway). There are fewer pine trees now, but Baguio’s charms are still there—one just needs to look.

19) Dumaguete—This city in Negros Oriental is a favorite of retirees for its laid-back vibe, but adventure seekers head to the seaside town of Bais to spot dolphins and pilot whales.

20) Siquijor—A short ferry ride from Dumaguete, Siquijor is a daytripper’s destination. One can go around the island by hiring a tricycle or renting a motorcycle. According to legend, the island is home to witches, but its mystical charm can be found in its stone church and empty beaches.

21) Villa Escudero—The resort, which opened in 1981, is still the place to visit in Tiaong, Quezon, for carabao-drawn cart rides, picnics by the falls, and spending chilly nights in a cottage. There is a museum of curios and oddities on site that is also worth checking out.

23) Iligan City—Those who want to step off the beaten path often head south. In Iligan City, Tinago Falls requires some trekking, but the sight of the falls and the feel of icy water is well worth one’s troubles.

24) Camarines Sur—This province in Bicol earned a spot on must-see lists with the opening of the CamSur Watersports Complex. Visitors can try their hand at wakeboarding, wakeskating and waterskiing.

25) Malacañang Palace—After the Marcoses fled, Malacañang was opened to the public. Visitors could peer into rooms and check out some of the shoes of former First Lady Imelda Marcos. There was even a museum shop that sold bright yellow pencil cases and coffee mugs with images of the presidential residence.

27) Morato Avenue—The original food street, Morato in Quezon City is a destination always in flux. New restaurants are always popping up. Now even the side streets are seeing some action with favorites like Señor Pollo and Purple Oven just off the main strip.

28) Bohol—With its tarsiers, beaches, Chocolate Hills and peanut kisses, Bohol continues to draw tourists who long for a nature-filled respite from the daily grind.

29) Pansol—A favorite of picnickers, Pansol in Laguna drew daytrippers with promises of hot, freshly baked buko pie and even hotter mineral springs to soak in.

30) Kalibo—Every third weekend of January, Kalibo in Aklan steals the limelight from neighboring Boracay with the foot-stomping Ati-Atihan festival held to honor the Infant Jesus.