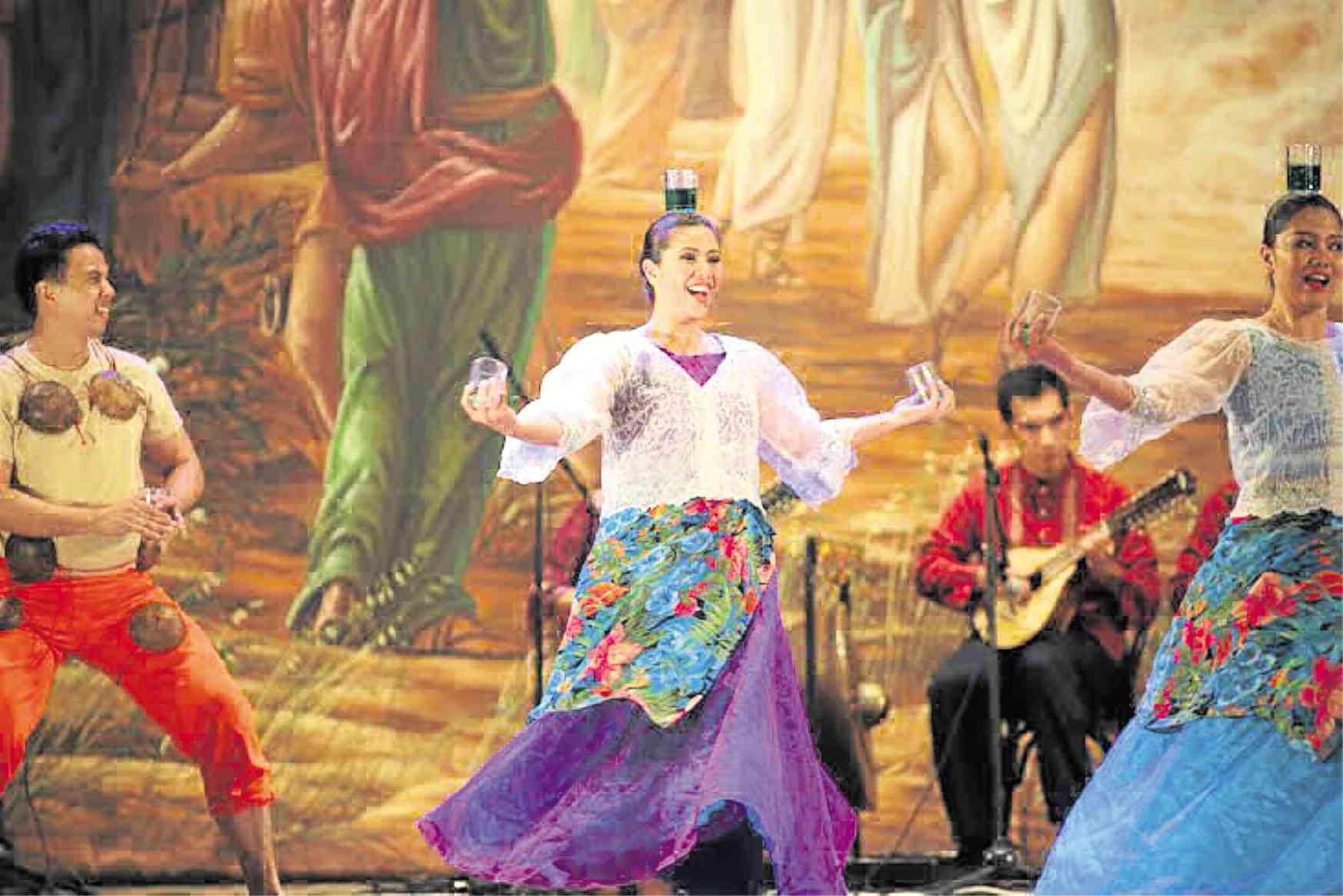 32 defining moments in Philippine arts and culture since 1985

The Philippine Daily Inquirer, founded on Dec. 9, 1985, as part of the “mosquito press,” helped dismantle the Marcos dictatorship in February 1986.

With the new dispensation followed a liberalization of attitudes, newfound freedom of expression, the democratization of the arts, and a check on art patronage, as practiced by the previous administration.

This led to a boom manifested in the proliferation of art galleries, books and broadsheets, and festivals everywhere.

1
With the democratization of the arts, the line between pop art, folk art and fine art was blurred, the distinction between high culture and mass culture derided.

It was a free-for-all: Readymades and found objects were called art, discordant sounds constituted music, and shredded prose was now poetry.

2
Political correctness and multiculturalism reigned in the 1990s, questioning the canon of taste. Writers and artists hitherto considered mediocre were allowed entrance into the pantheon.

High art was brought down to the populace through outreach programs of the Cultural Center of the Philippines (CCP) and National Commission for Culture and the Arts (NCCA).

Cultural festivals started cropping up in every region, from Bangus to Bagoong to Saging Festival, foremost being Ati-atihan of Aklan, Dinagyang of Iloilo and Sinulog of Cebu.

6
Filipinos protested the demolition of the Art Deco building of Manila Jai Alai in 2000; the threat on Arroceros Forest Park in 2001; Torre de Manila’s marring of the skyline of the Rizal Monument at Luneta.

In 2010, the Cultural Heritage Law was enacted, protecting structures over 50 years old.

7
Conceptual Art, pioneered in the ’60s by Roberto Chabet, took root, and art installations became a vogue in Manila galleries in the ’90s, as exemplified by the works of Wire Tuazon, Jeho Bitancor, Alwin Reamillo, Surrounded by Water (a collective of Chabet’s students). Public art started appearing in parks, walls and lounges.

8
Social Realism, a potent movement during martial law, was revived in the early ’90s by Salingpusa, a group of student artists from University of the Philippines (also mentored by Chabet) known for their interaction mural painting.

Meanwhile, shock art reared its head, culminating in the censorship of Mideo Cruz’s installation at CCP in 2011.

9
Tausug sculptor Abdulmari Imao was declared National Artist in 2006, the first Moro ever to receive the recognition. This brought to the fore his design elements derived from Tausug and Maranao art, such as the okir, the naga, and especially the sarimanok.

The commodification of art has resulted in rampant faking of works of the masters, especially Fernando Amorsolo and Vicente Manansala.

11
In 2015, the Philippines participated in the Venice Art Biennale for the first time since the exhibit curated by José Joya in 1964.

12
In the late ’80s, a language controversy erupted, rumblings of mostly Cebuano politicians who were against the Tagalog-based national language. Among frontliners in championing Pilipino (later changed to Filipino) were writers Virgilio Almario, Teo Antonio, Bienvenido Lumbera.

Cookbooks, graphic novels and coffee-table books became a trend, started by “Almanac for Manileños” in 1979.

14
Magic realism, which rose with the literary boom of Latin America in the ’60s, was adapted by Filipino writers in the ’80s. (Nick Joaquin was doing it even in the ’40s.)

The likes of Cirilo F. Bautista and Epifanio San Juan Jr. spread semiotics in the academe.

15
Performance art—rooted in the Happenings and body art of the ’60s, action painting of the ’50s, Futurist events in the ’30s—started to become fashionable in Manila in the ’80s, as done by the likes of the Syjucos, Vim Nadera, José Tence Ruiz.

16
The Manila International Film Festival (MIFF), mounted by the previous administration in the early ’80s, opened up world cinema to Filipino moviegoers. The art film was democratized, and there followed a rash of foreign film festivals in the metropolis, particularly during cinema’s centennial in 1995 and the Philippine Centennial in 1998.

17
In the late ’80s, censorship in film and television was decried by progressive filmmakers and liberal sympathizers. Concerned Artists of the Philippines (CAP) staged numerous rallies against the conservative Movie and Television Review and Classification Board (MTRCB).

18
In 1998, a festival of pito-pito movies was held, inaugurating the indie film movement in the country.

20
Onofre Pagsanghan, reputed for his teaching and theater work, received the Gawad CCP para sa Sining in 1992 and the Centennial Honors for the Arts in 1999. He formed generations of theater people at Ateneo de Manila High School’s Dulaang Sibol, which he founded in 1956.

21
Philippine Educational Theater Association (Peta) made possible the crossover from film to theater of two generations of movie stalwarts. After Rita Gomez, Charito Solis and Lolita Rodriguez in “Larawan” in the ’60s and ’70s, Nora Aunor made a star turn in the stage adaptation of her movie “Minsa’y Isang Gamu-gamo” and “DH.”

22
After her triumph in the political film “Sister Stella L.” in 1984, movie star Vilma Santos made a smooth transition from showbiz to politics, like Joseph Estrada, who became president in 1998.

Two years after a thwarted bid for the presidency, Fernando Poe Jr., King of Philippine Movies, was posthumously declared National Artist in 2006.

23
Controversies over certain choices have plagued the Order of National Artists through the years.

The selection has been questioned since it was given to historian Carlos Quirino and folk-song composer-lyricist Levi Celerio in 1997, fashion designer Ramon Valera in 2006, the planned declarations of theater personality Cecile Guidote-Alvarez and komiks writer Carlo J. Caparas in 2009, and movie actress Nora Aunor in 2014.

24
Architect Francisco Mañosa has been pushing since the ’70s what he calls Contemporary Tropical Filipino, adapting the bahay-kubo as the core of his design, indiginizing architectural details and motifs, and using indigenous materials.

25
Cecile Licad, playing piano concertos of Chopin and Saint-Saëns with André Previn conducting the London Philharmonic Orchestra, was awarded the Grand Prix by the Chopin Society in 1985.

26
Ryan Cayabyab went from pop to classical. Known for movie themes and Original Pilipino Music (OPM) songs, the versatile and prolific composer ventured into sacred music with “Magnificat” in 1996 and “Misa” in 2000, and into opera with “Spoliarium” in 2003.

27
Ethnomusicologist-composer José Maceda’s avant-garde work in the ’70s expanded through the ’80s and beyond. His music is unapologetically native to Asia, and has inspired many an unorthodox musician. In 2007, his musical collections were inscribed in the Unesco Memory of the World Register.

28
Bayanihan, founded by educator Helena Benitez in 1957 and described as “the repository of almost all Filipino dances, costumes and songs,” was declared National Folk Dance Company in 1998.

29
Lisa Macuja, who, in 1984, became the first Filipino prima ballerina and the first foreign soloist to join the Kirov Ballet, established Ballet Manila in 1995.

30
Modern-dance exponents Agnes Locsin and Denisa Reyes revolutionized contemporary dance, the former with “Bagong Sayaw” in 1990, the latter with “Neo-Filipino” in 1991.

31
In 1992, Agnes Locsin, who introduced neo-ethnic dance in the country, choreographed for the Dagyaw theater group the dance-drama “Hinilawod,” based on the Central Panay epic as chanted by binukot Elena Gardoce (granted the Gawad CCP that year for her chanting). Director Edwin Duero staged 189 performances in several countries in one year.