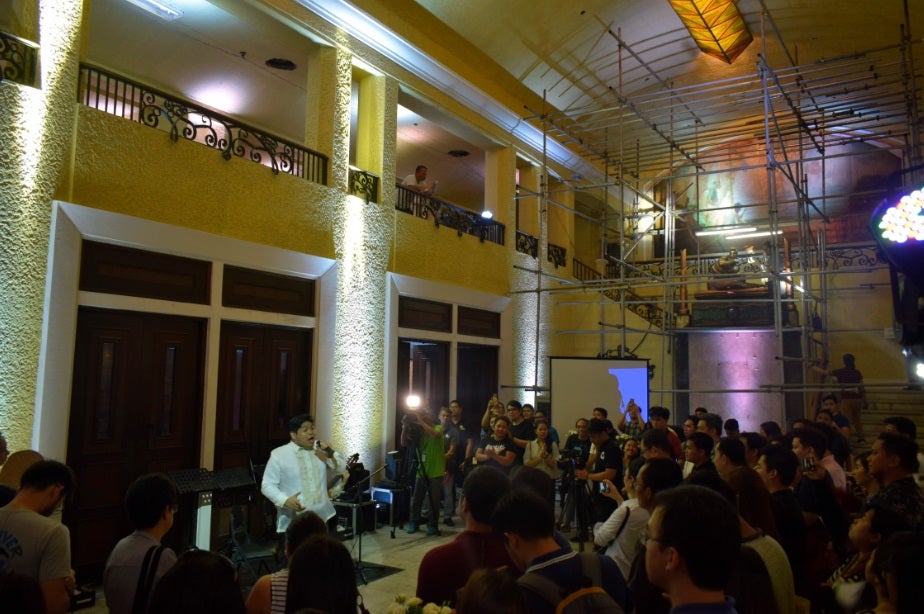 Restored lobby of the Met

Described in a previous re- port as in a state of “gross squalor” due to its sorry state of conservation, the Manila Metropolitan Theater (Met) has since been slowly becoming a restored cultural hub two years after its sale to the National Commission for Culture and the Arts (NCCA).

The project is now 30 percent complete, lead architect Gerard Lico said. The target is full opening in 2020, he added.

Lico said the restored portions were the ornaments in the main theater and the lobby.

“The exterior of the building has been thoroughly cleaned, and cracks and damages to the building envelope repaired,” he said.

The restoration team, he added, has also started to paint the interior walls and is set to paint the exterior walls with significant elements such as the finials, stained glass and grill- work now almost restored.

“We will be commencing with the installation of the flooring, new precast ceiling details, and theater seating within the following months while we are waiting for our lighting, theater, and air conditioning equipment to arrive on site,” Lico said.

Aside from bringing back the theater itself, other spaces would be converted into artists’ workshops; museums to house art pieces and showcase conservation methods; a laboratory for the conservation of buildings made of concrete; shops for the sale of local and indigenous crafts; a restaurant and a café; amphitheaters and parks.

Met restoration project coordinator Mary Rajelyn Busmente said other areas that underwent conservation were the middle walls, portions of the floor which had been structurally retrofitted, and doors.

Lico said restoration was proceeding cautiously since “conservation is a delicate process.”

“There are many details that have been uncovered in the course of our exploration of the building, such as the newly discovered original proscenium, which can extend the duration of the project,” he said.

The architect also underscored the importance of the Met to the country, saying Metropolitan Theater is “our theater.” “We are restoring this not for ourselves but for the Filipino people, especially the youth [since they] will be the ones to inherit and build on our heritage, and it is about time that they take ownership and the lead in promoting, advocating, and living out our rich Filipino culture.”

Met recently marked its 86th anniversary. It opened on  Dec. 10, 1931. In line with the celebration, the NCCA held “Met meets Met,” an educational tour of the theater to update the public on its restoration.

The tour followed another tour at the Metropolitan Museum of Manila, which is holding the retrospective exhibit on architect Juan Arellano, “Framing the Spectacle of Space.”

Arellano was the architect of the theater. Aside from the Met, the museum exhibit showcased his iconic landmarks in Manila and elsewhere, such as the demolished old Meralco Building in Ermita; old Legislative Building (now National Museum of Fine Arts); and Manila Post Office Building.

“The exhibit tackled the role of Art Deco and Metropolitan Theater in the formation of national identity during the American colonial period,” said Lico, who curated the exhibit