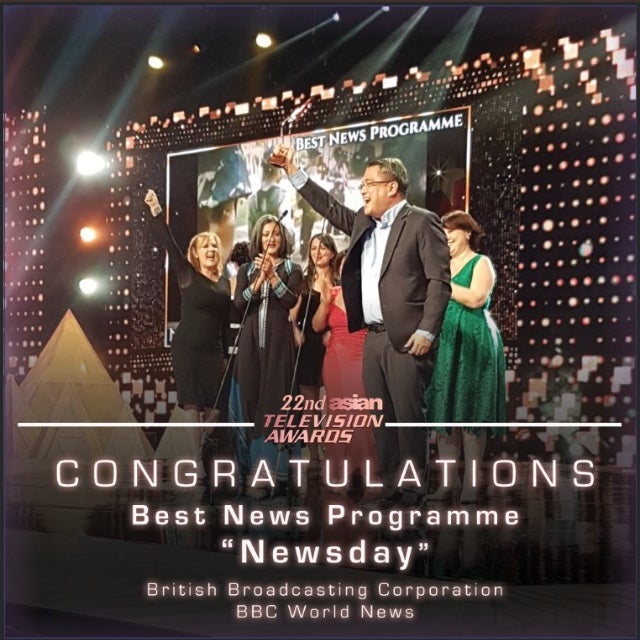 This is the first time a global news programme presented by a Filipino has won at the Asian Television Awards.

In his acceptance speech, Rico, the only Filipino anchor on BBC News, thanked his co-presenters Sharanjit Leyl and Babita Sharma and Kasia Madera in London, as well as the producers and directors from news gathering in London and Singapore for making this victory possible.

“Newsday” was launched in 2011 as a co-presented news program live from the BBC News global hubs in London and Singapore. Rico has anchored the show since launch.

Celebrating his 15th year with BBC News this year, Rico is a multi-awarded journalist, having won the Rotary Club of Manila Broadcast Journalist of the Year Award, The Outstanding Young Men or TOYM award for International Journalism and in 2014, and was Highly Commended in the Best News Anchor category at the Asian Television Awards.

BBC News, one of the most trusted sources of news, has a global audience of 400 million.