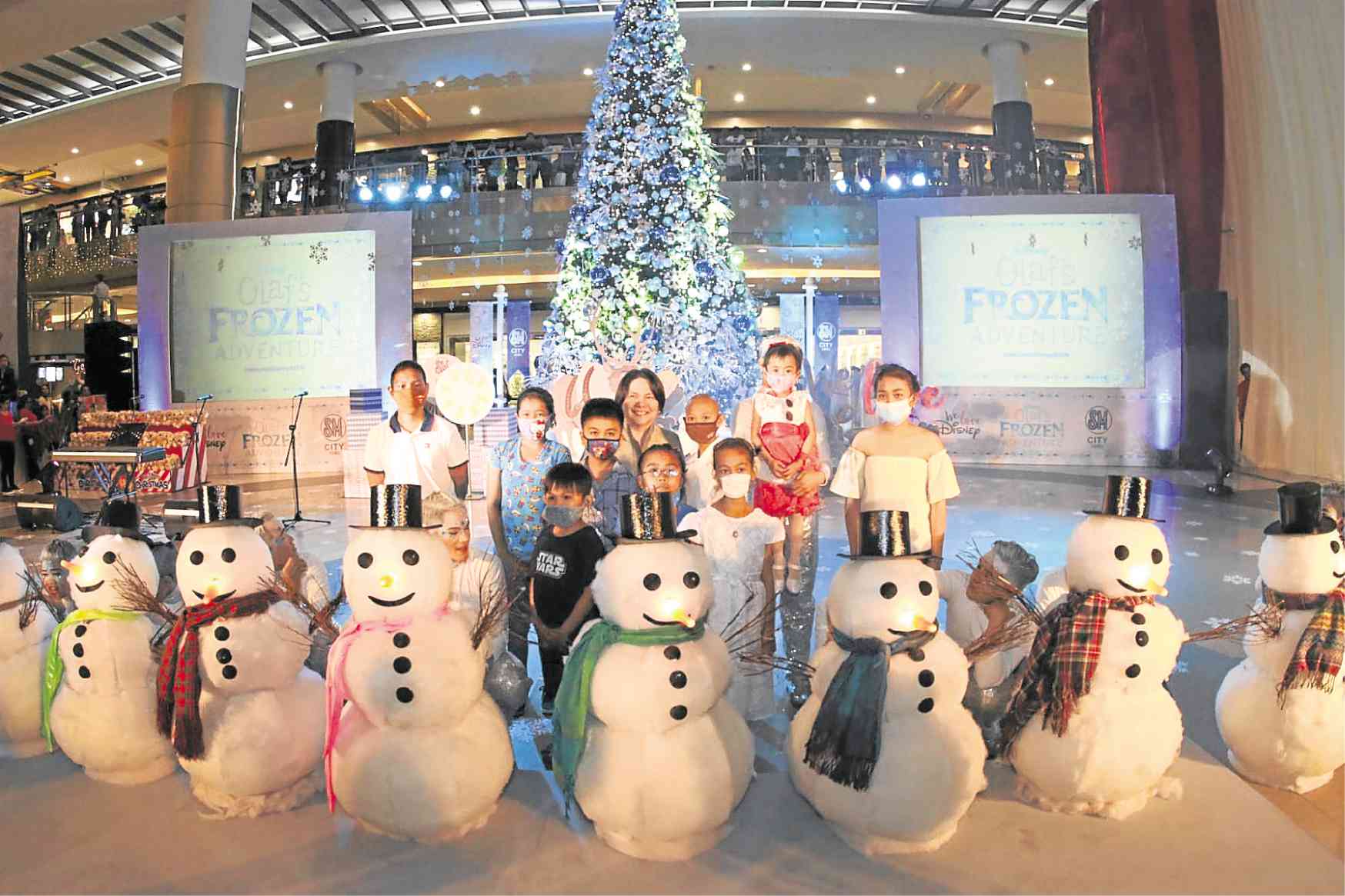 Christmas is our favorite season. No other country in the world does it grander and longer than we do,” SM City Cebu assistant mall manager Michael Ian Manlangit said at the Christmas tree lighting and unveiling of the Christmas Village of Hope, at the Northwing Atrium of SM City Cebu.

It’s hard to disagree with that sentiment, because only a few things really get us as giddy and excited as Christmas. And if the Yuletide carols on the radio and in the malls have yet to stir your holiday spirit, it’s time to check out SM City Cebu’s Christmas Village of Hope.

This annual event, now on its seventh year, is a collaboration between SM City Cebu and Christmas village owners Joji and Clayton Tugonon. What started out as a small display in 2009 has since grown in space and characters and objects.

This year, it measures 102 sq m and is made up of 735 pieces and six train sets. It is modified and tweaked each year. Its various incarnations have included an airport with planes and native Filipino homes.

This year, there’s a Disney village to go along with the “Olaf’s Frozen Adventure” theme.

It’s a magnificent scene, but the annual Christmas Village of Hope is much more than the best Christmas exhibit in town. It’s become a tradition for families who visit to sponsor a structure in the village. It’s a way of honoring people who have passed on, as some sponsors have chosen to name the houses in memory of their loved ones.

Moreover, it has become a source of hope, because what makes this Christmas village special is that proceeds raised from sponsored houses will benefit children battling cancer through the Kythe Foundation.

On its first year, it benefited 16 kids. Today, the funds raised are benefiting 130 children. The kids give meaning to the Christmas Village of Hope.

For Tugonon, it’s a way of giving back and paying it forward: “We give not because we have plenty, but because we know how it is to have nothing.”

SM Prime Holdings vice president Marissa Fernan adds: “It is in the act of selfless giving that one truly receives life’s meaningful gifts.”

Ten of these children from the Kythe Foundation were present at the Christmas tree lighting and Christmas Village of Hope unveiling.

With “Let It Go” sung angelically by the award-winning Mandaue Children’s Choir in the background, 10 kids from the Kythe Foundation lit the “Frozen”-inspired Christmas tree by giving a group of snowmen their missing noses.

They also opened the Christmas Village by waking up a giant snowman guarding the village.

It was a spectacle, but the most beautiful sight was that of the 10 children welcoming us into their Christmas Village of Hope.