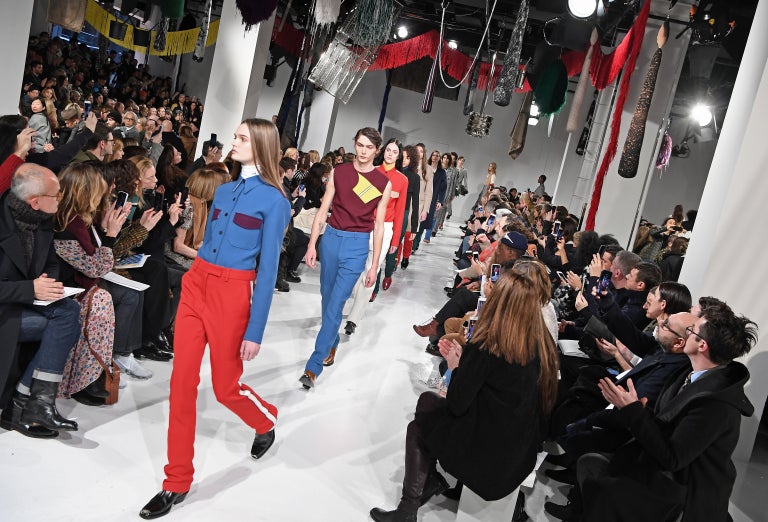 Moncler, Coach and Calvin Klein: The brands that went co-ed in 2017

Moncler has become the latest fashion brand to adopt a co-ed approach to runway shows.

The French-Italian label will kick off Milan Fashion Week on Feb. 20 with a catwalk presentation combining its menswear and womenswear collections, WWD reports. The move comes weeks after the label announced the closure of its Gamme Bleu and Gamme Rouge ready-to-wear lines, which were headed by designers Thom Browne and Giambattista Valli, respectively.

Mixed-gender catwalk shows have become one of the key fashion trends of 2017, with multiple brands opting to merge their menswear and womenswear presentations. Earlier this month, it was revealed that British designer J.W. Anderson will be skipping the London menswear shows in January, opting instead for a mixed presentation during the city’s womenswear fashion week in February.

Italian heavyweights Balenciaga and Salvatore Ferragamo have also made the leap over the past few weeks. United States heritage label Coach adopted the strategy back in February, the same month that Calvin Klein’s creative director Raf Simons unveiled his first co-ed show for the house.

In addition to the logistical and financial advantages of holding singular, mixed-gender shows, the movement is part of a wider trend within the fashion industry for scaling down runway activity.

British accessories designer Anya Hindmarch recently announced plans to replace her catwalk shows with four yearly events as of February; while Vivienne Westwood, a brand that has been championing the co-ed fashion show for some time, is reportedly eschewing the catwalk altogether, and will show its Autumn/Winter 2018 collection in February via a short film and a series of photographs. JB

Eoljjang: The difference between American and Korean makeup styles

Beauty trends likely to dominate in 2018