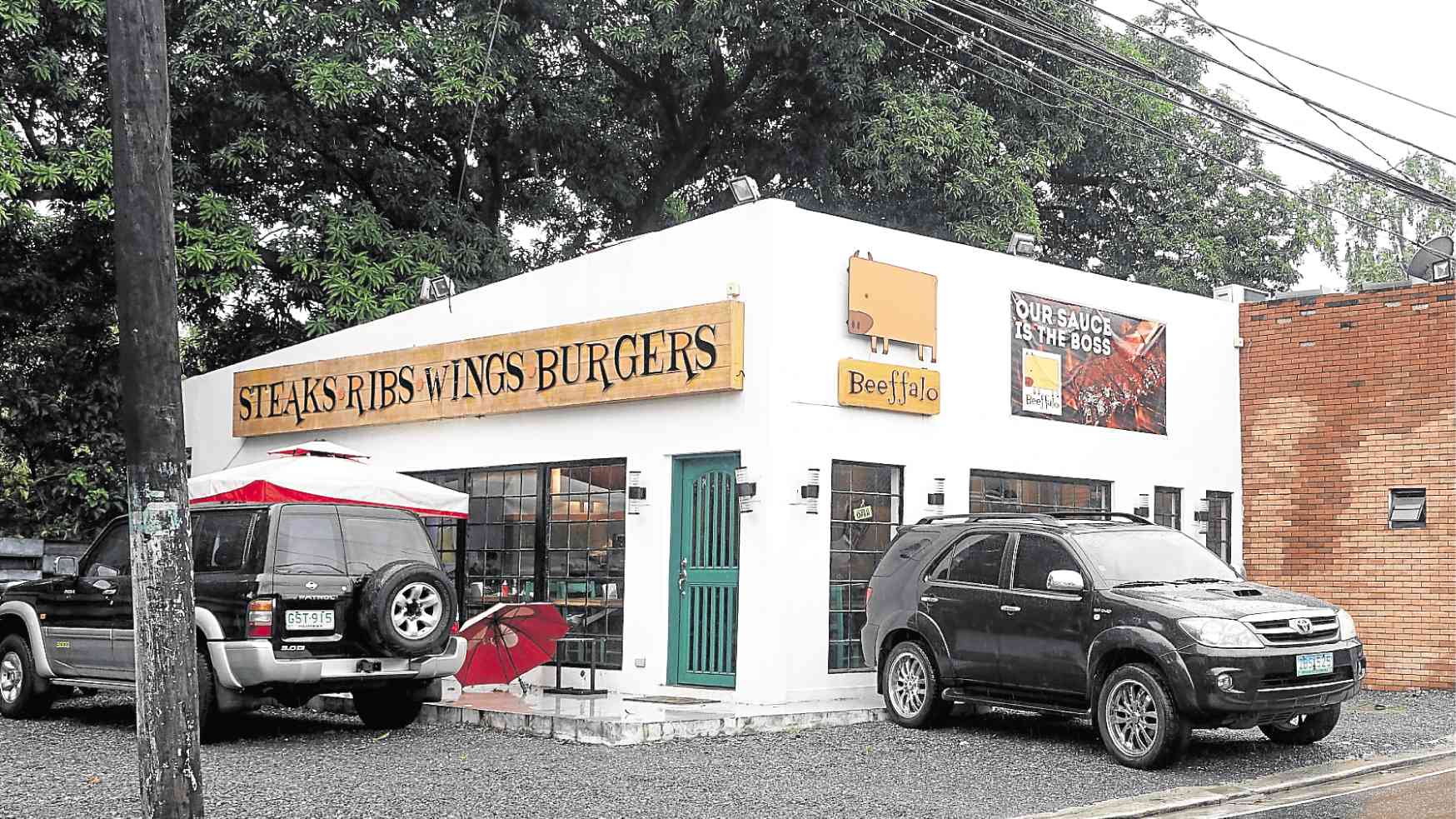 My wife is the cook, I’m the GRO,” jokes Louie Abad, who runs Beeffalo—a ribs-and-steak restaurant in Marikina that has recently opened a new branch in Addition Hills, San Juan.

Turns out he’s serious about guest relations, the warm, personal interaction with people that he apparently does well. (I am warned he can talk all night, but he has interesting tales.)

Beeffalo, he recalls, first opened in an area in Marikina whose residents told him might not be a good choice because it was off the main road and had a creepy history.

But he shrugged off what he heard and proceeded with his own idea of having an American comfort food place that serves the grilled meats he loves to eat himself.

Louie says his wife, Girlie Cosio-Abad, learned to cook hands-on—trying out dishes that he and his kids would taste and comment on. One time, he recounts, Girlie felt so bad after spending all day preparing a special dish, which he and the kids found not to their liking.

Beer and baby back ribs

The trial-and-error method continues to this day, Louie admits, as he entices me try the Broccoli-Cheese Soup while on my first bottle of San Mig Pilsen and a few bites off a whole rack of Baby Back Ribs. I like the ribs’ softness, with a little fat and just the right amount of sauce rubbed in. The soup has real crushed broccoli and tastes creamy good with cheese.

More food comes one after the other. I feel fine with the crunchy romaine lettuce of the Taco BBQ Salad, the thin homemade dough of the Margherita Pizza, and the smoky flavor of the Barbecue Platter (Pork Isaw, Tenga and Bulaklak in skewers).

Louie’s throwback stories go all the way to college in La Salle Taft as a Philosophy major. He recalls a particular professor who gave him a failing mark, “because I am mediocre.”

His interest in photography, which he took as an elective subject, became an occupation after college. But his work as photographer, at the time, couldn’t feed his family so he turned his sights on business—including selling eggs, which did well until he decided to put up his first restaurant venture, Hotrocks, with his wife and their friend Caren Diaz.

On my second beer, Louie offers another dish, Jack Daniel’s Country Style Pork Ribs, whose whisky-infused sauce perks up the conversation. Asking him why he’s not drinking, Louie says he avoids alcohol because he can’t stop once he starts imbibing.

For its Christmas promotion, Beeffalo offers platters good for three to four persons, all for P999, until Dec. 31.

Next time I’ll have those with red wine, which Beeffalo sells for a reasonable P750 per bottle.