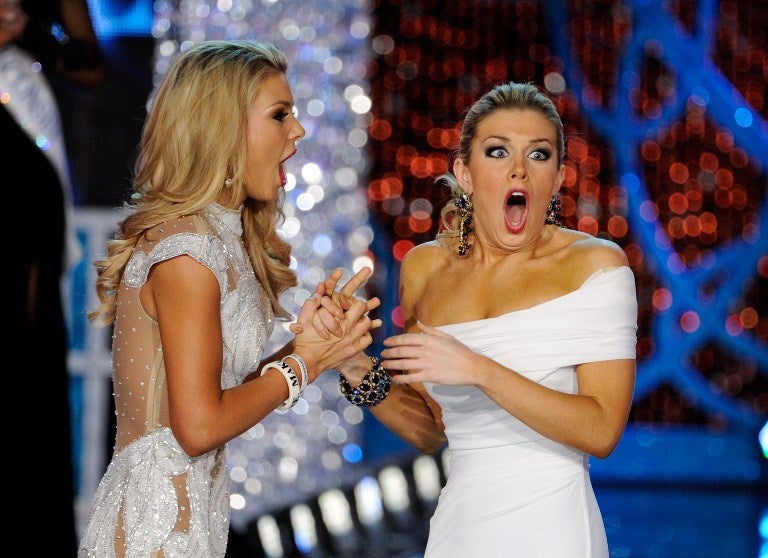 ATLANTIC CITY, N.J. — The top leadership of the Miss America Organization, implicated in an email scandal that targeted past pageant winners for abuse based on their appearance, intellect and sex lives, resigned on Saturday, with the outgoing president apologizing to a winner whose weight he ridiculed.

The president, Josh Randle, told The Associated Press his comment responding to an email to his private account about the physical appearance of 2013 winner Mallory Hytes Hagan came months before he started working for the Miss America Organization in 2015. But he said it was wrong.

“I apologize to Mallory for my lapse in judgment,” Randle said on Saturday. “It does not reflect my values or the values I worked to promote at the Miss America Organization. Although this terrible situation was not caused or driven by me, in light of recent events and new developments, I am no longer willing to continue in my capacity as president and earlier today offered my resignation to the MAO Board of Directors.

“I feel terrible, but this is the right thing to do,” he said.

Randle said his resignation was voluntary and had not been requested by the board of Miss America, which is based in Atlantic City.

Hagan did not immediately respond to a message seeking comment on the resignations. But on her Facebook page, she posted a message asking anyone who was warned away from her to please come forward and send her a direct message, in what might be a precursor to legal action against the Miss America Organization or its former officers regarding her post-Miss America work as a pageant interview coach.

“If you have ever been told to not work with me, communicate with me, hire me, etc. Will you send me a DM?” she wrote.

Randle was one of three top Miss America officials to resign Saturday over the scandal, which began Thursday when the Huffington Post published leaked emails showing pageant officials ridiculing past Miss Americas, including crass and sometimes vulgar comments about them.

The emails included one that used a vulgar term for female genitalia to refer to past Miss America winners, one that wished that a particular former Miss America had died and others that speculated about how many sex partners Hagan has had.

Randle noted that the worst communications were exchanged in 2013 and 2014, years before he joined the Miss America Organization, and said the article’s implication of “complicit participation on my part in a years long array of inappropriate email communication” is untrue.

CEO Sam Haskell and Chairman Lynn Weidner also resigned on Saturday. Haskell’s resignation is effective immediately, while Randle and Weidner will remain for a few weeks to help with a leadership transition. Dan Meyers, who had been vice chairman of the board, was named interim chairman.

The organization announced the resignations a day after dozens of former Miss Americas, including Hagan, signed a petition calling on the group’s leadership to step down because of the emails.

Haskell said he made “a mistake of words.”

The emails already cost the pageant its television production partner and raised questions about the future of the nationally televised broadcast from Atlantic City’s Boardwalk Hall the week after Labor Day each year. Dick Clark Productions told the AP on Thursday that it cut ties with the Miss America Organization over the emails, calling them “appalling.”

Also on Saturday, one of the main recipients of fundraising from the Miss America Organization said it was reviewing its association with Miss America. The Children’s Miracle Network Hospitals said it was “conducting an immediate review of the situation and will take appropriate actions.”

“We are appalled by the behavior reported in the media and add our voice to others demanding investigation, action and change,” the group said in a statement.   /kga