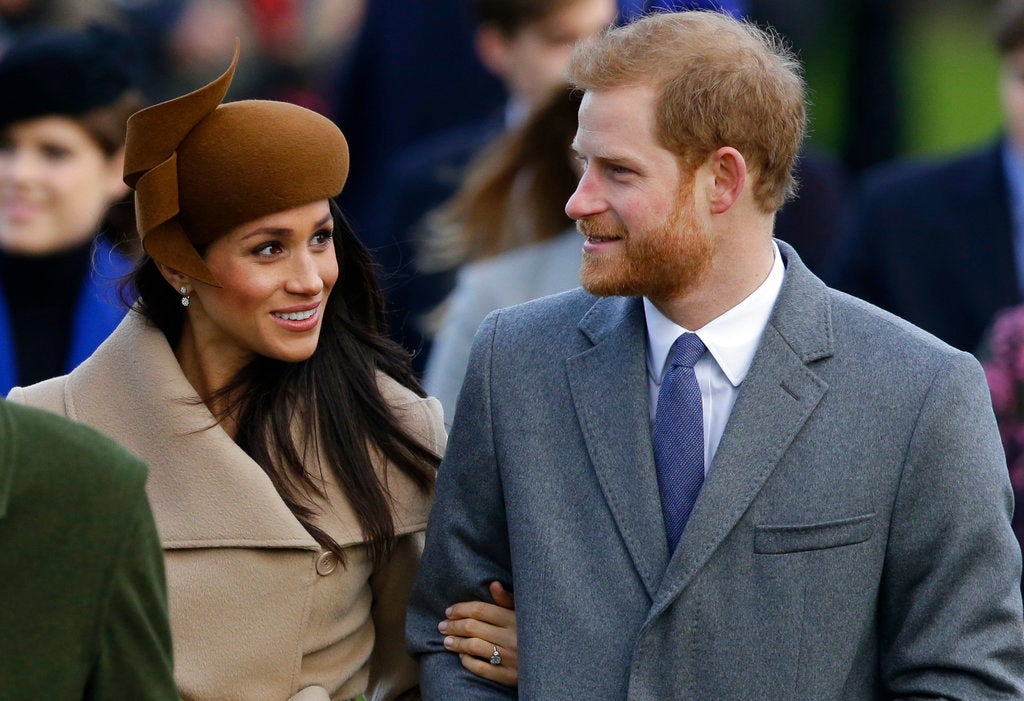 This morning the Duke and Duchess of Cambridge, Prince Harry and Ms. Meghan Markle joined members of the Royal Family for the Christmas Day Service at Sandringham. Merry Christmas from everyone @kensingtonroyal

Markle stood beside Prince William and Duchess Catherine, who wore a tartan dress and a black fur hat. Dressed in tones of brown, the “Suits” actress looked chic in a coat and a stylish hat.

She and her fiancé smiled and waved at the crowd, which numbered about 200, reports BBC. The couple also took time to talk to some locals who lined up since dawn to greet the royals, according to the Associated Press.

BBC reports that Markle’s countrymen were also in the crowd to witness the American royal-to-be.

The occasion marks Markle’s first public appearance with Queen Elizabeth II. Back when Kate Middleton was engaged to Prince William in 2010, she opted to spend time with her family for Christmas.

Every Dec. 25, a church service is attended by royals at the St. Mary Magdalene Church in Sandringham.

Younger members of the royal family greet the crowds on their way back to the Queen’s country retreat, Sandringham House. It is also in the estate where the royals have a traditional turkey lunch and watch the Queen’s televised speech.

The Queen said in her Christmas message that she looked “forward to welcoming new members into [the royal family] next year.”

This most likely alludes to Markle, who is set to marry Prince Harry in May 2018, and Prince William and Kate Middleton’s baby on the way.  Niña V. Guno /ra