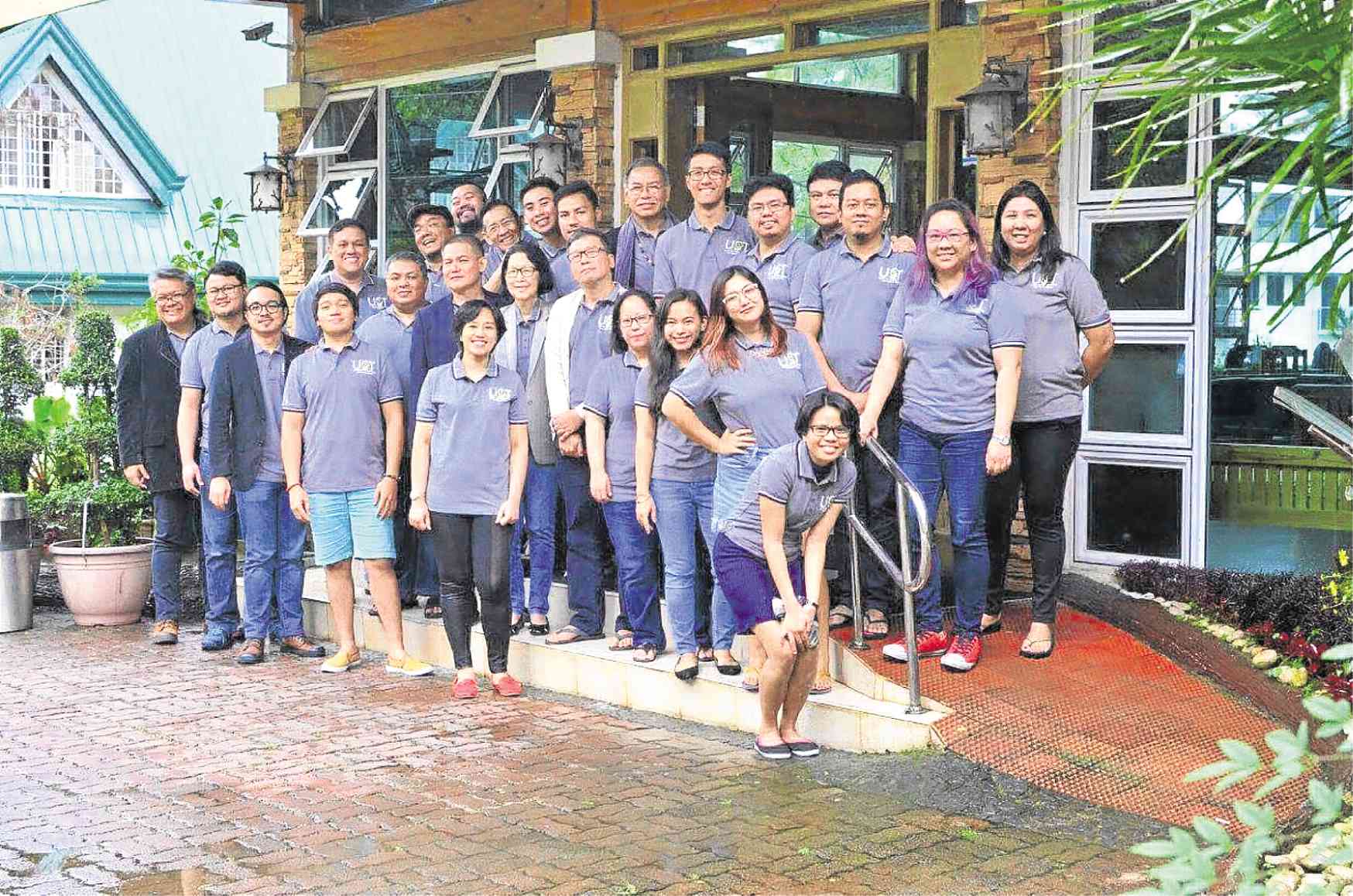 For whom the bell tolls at the 2017 UST Nation

A week though was just enough time to accommodate the works of 12 fellows. So to ensure that everyone would have his or her fair share of critical appraisal, Sir Ned came up with the idea of bringing a small silver bell which he rang thirty minutes after each session had began, and then on the last 15, 10, and five minutes.

“Ice cream!” a fellow or panelist would sometimes say once the bell began to ring, followed by a wave of laughter. (In the middle of the week, the bell was passed on to Ma’am Ailil, the “power-hungry” dynamo, who rang it with more vigor and passion to ensure that we follow the workshop’s time schedule.)

Everyday we would workshop a poem or a piece of fiction or creative non-fiction or a play and we would learn and witness a lot; we learned, for instance, that—as Sir Jimmy quoted Camus? “when the imagination sleeps, words are emptied of their meaning,” or we would sometimes witness an Oscar-worthy reading of a play by Sir Bernie or Sir Jack; and we would talk eagerly about subjects like form and structure, characterization and conflict so eagerly that the bell would ring in rage because only 15 minutes were remaining and we were still on the first of the two poems slated to be taken up in that hour.

The workshop’s organizers made sure not only that we be filled with lessons in the literary arts by our writing idols, but that we also be filled to our stomachs with delicious food before and after the sessions begin. Besides the snacks served in the room where we held the workshop proper, we ate in the Ridgewood Residence’s lobby for breakfast, lunch and dinner.

We would sit around the tables in that lobby, filling ourselves, talking about books, TV series, movies, and music that we like. We would get to know each other, our secret lives (real or imagined), between sips of warm mushroom soup, or spoonfuls of savory vegetables.

We would try guessing who wrote what in the workshop manuscript (we would be right, most of the time). Beyond the hotel’s glass wall, we would see clouds drifting by like old friends saying hi, or sometimes the heavy rains bending nearby trees and pitter-pattering on the neighboring roofs.

Evenings were also a perfect time to bond, like that night we went to the Rabbit Hole, a KTV place where we all sang and danced our hearts out; or when we practiced for the annual poetry slam and witnessed Sir Mike perform a heart-wrenching poem on being drunk; or even just sitting in the lobby, with some of the panelists telling us stories ranging from outright funny, to very scary ones, none of which we would ever forget.

In the nearby Café Yagam, I drank my first bottle of beer, where they served a “lambanog” that tasted like Christmas ham (thus, we called it “hambanog”). We walked back to the hotel in darkness because of a blackout. I was scared of dark and stray dogs, but I didn’t mind. I was with my new friends.

During the closing program, after the awarding of the certificates, the fellows presented a sort of variety show that would end all variety shows; we had song numbers, a magic show, impromptu comedic skits, and poetry performances.

Afterwards there were some drinking and dancing; fellows and panelists alike danced to the music of Madonna, Whitney and Britney as if their life depended on it.

And true to the ring of the final bell, the beautiful week had to end.

When we came back to Manila, as each of us drifted to the way of our homes, I realized another thing that happened: we didn’t really leave. Something was stranded of us in each other. From now on we would write, hearing the lessons we learned from our cofellows and from the pillars of literature, and even in our casual conversation and laughter; we would always hear them, stranded in our memories, like a “tintinnabulation that so musically wells/ From the bells, bells, bells…”