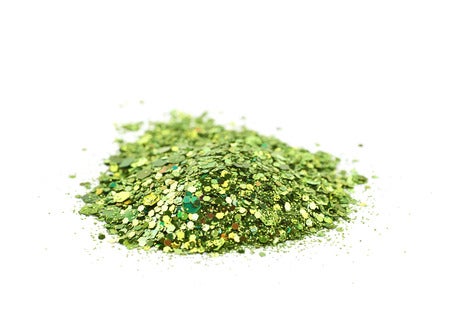 A woman in the UK almost went blind after glitter from a Christmas card got lodged in her eyeball.

A case study from the British Medical Journal revealed that a lesion on the woman’s cornea was due to glitter, the Press Association reports.

The woman recalled getting glitter into her eye when it came off a Christmas card.

The 49-year-old woman complained of pain in her reddened eye, and later sustained a swollen eyelid and experienced vision loss.

Doctors from a Swansea hospital initially diagnosed the patient with herpes simplex infection after spotting a lesion on her cornea. However, a powerful microscope showed that there was something shiny.

What turned out to be glitter had formed a clump with a lesion that had similar symptoms to herpes.

The report warned of avoiding a misdiagnosis even when symptoms pointed to a common infection.  It indicated that treatment would have been different for both cases.

Had it been diagnosed as a herpes infection, “treatment would have been topical antiviral ointment instead of removal and antibiotics.” Niña V. Guno /ra

Patient stuns doctors with 27 contact lenses found in one eye