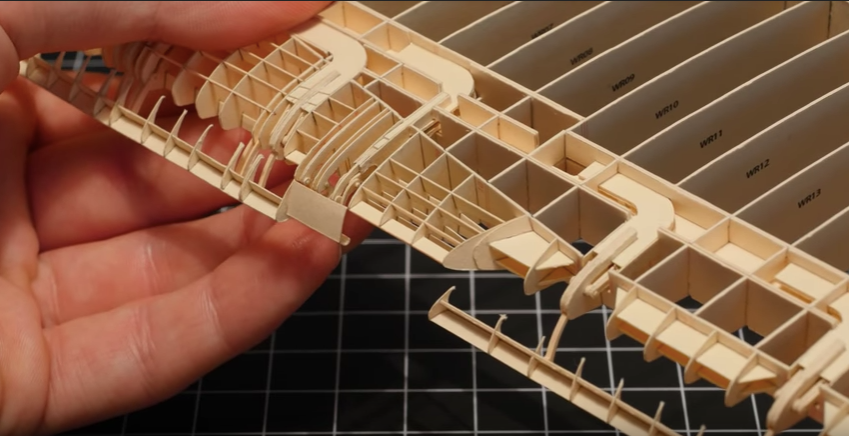 Paper planes. Many a kid has creased and tossed these winged things one time too many, whether out of windows, atop flights of stairs, or, perhaps, from one end of the room to the other, hitting the occasional bald forehead. But for one man, nearly ten years of folding and cutting paper still hasn’t gotten him to throw in the towel and say “Finished!”

The development of his project may also be viewed from his YouTube channel, where he occasionally uploads video updates; Iaconi-Stewart posted the video below June of last year.

What started out as a school project turned to a multiyear commitment as Iaconi-Stewart painstakingly increased the complexity of his plane. His model of Boeing 777 stands complete with moving cabin doors, miniature seats, and even a retracting landing gear. And still he’s not finished, with the Boeing wings yet to be created, the final touch to his decade-long ordeal.

His project has brought him to interesting places, such as the actual Boeing assembly line where he got to see the production facility up close. Singapore Airlines also contacted him two years ago to build a model of the airline’s 8380 flagship plane. And a few years ago, as if by fate, Iaconi-Stewart finally got to fly in the Boeing 777 he’s been replicating for the longest time.

“I really enjoy the sense of calm and mediation that it brings when I really get into the building process,” Iaconi-Stewart told Wired. “It’s really exhilarating when you get to the end and you see a component coming to life.” Cody Cepeda/JB