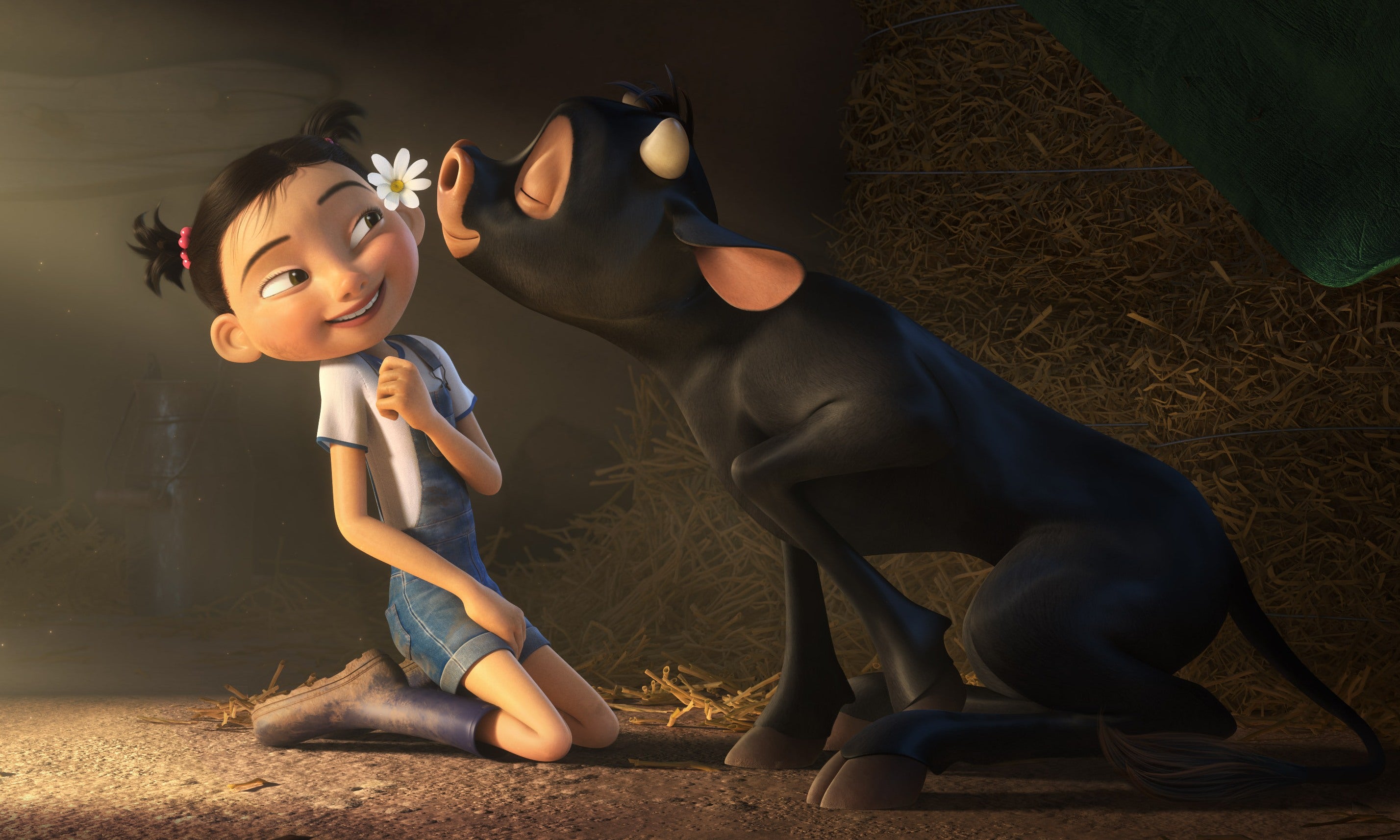 The tale of Ferdinand, a giant bull who prefers flowers to fighting, has captured the hearts of millions since it was first told in the 1936 book “The Story of Ferdinand” by author Munro Leaf and illustrator Robert Lawson. Now a new generation of moviegoers can enjoy a delightful CG-animated family film inspired by the classic story from 20th Century Fox Animation and Blue Sky Studios.

The movie “Ferdinand,” directed by Academy Award nominee Carlos Saldanha, creator and director of the “Rio” series and director of many of the “Ice Age” movies, centers on the adventures of a peace-loving bull (voiced by John Cena). His idyllic life changes after he’s mistaken for a vicious beast and is taken away to the last place on earth he wants to be, a bull training camp. But Ferdinand is determined to get back home. Along the way, the kindhearted bull makes many friends and changes the lives of those he meets.

One of the major challenges in turning the brief book into a full-length feature was expanding its storyline and introducing new characters. “The story has a very strong beginning and ending, so we took those very powerful components and created this middle part that helped us really get attached to Ferdinand,” notes producer Bruce Anderson.

The book’s message of amity and acceptance is as relevant today as it was when it first came out, and serves as the perfect opportunity for parents to share this moral with even the youngest of children.

“Ferdinand,” now showing in cinemas nationwide, is from 20th Century Fox and distributed by Warner Bros.