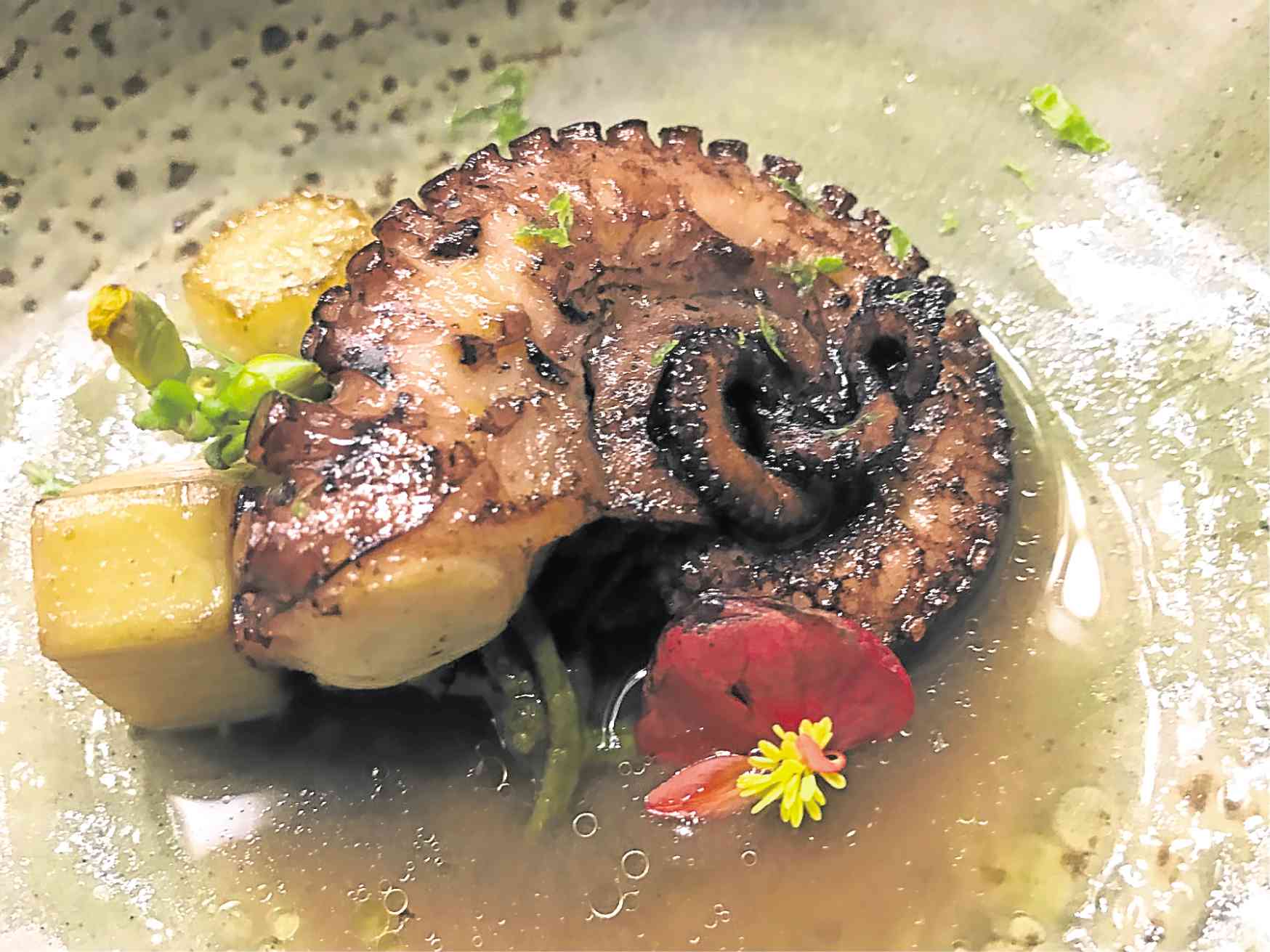 The most important restaurant in Manila right now

Somewhere between the albums “Revolver” and “Sgt. Pepper’s Lonely Hearts Club Band,” the Beatles decided they could do much more in the studio than playing concerts. It was a decision ascribed, in part, to the low power of the amplifiers at their disposal at the time which were drowned out by the screaming crowds.

But it was likewise due, in large part, to the fact that they were famous enough not to tour, and could afford the luxury of perfecting an album in the studio, high on whatever substance of their choice, playing around with tape loops and weird sound effects and putting all their energy into writing and recording the songs.

This “touring” aspect of a restaurant’s existence has become more important now due to the quotidian nature of intercontinental travel by jet-powered airplanes. When the Michelin Guide started out, restaurants like Paul Bocuse were vaut le detour—worth the detour—of a trip taken by motor car.

Travelers to Europe might decide to take a detour to Copenhagen for a seat at Noma, for instance. Copenhagen is not on the usual tourist trail, just as El Bulli was not an offhand pit-stop before it closed in 2011.

Noma has perfected the restaurant as a hype machine, opening pop-ups in Tokyo and, controversially, in Mexico. Reservations for its reopening in Denmark were sold out in 24 hours.

But the unfortunate thing about being in Manila is that you are part of it even if you don’t want to take part.

And Toyo is not averse to publicity, or to four-hand dinners, or to joining food conferences. One simply can’t be a solitary genius behind the stove anymore.

One has to be articulate enough to speak on stage, give sound-bite answers to food writers and bloggers when they feature the restaurant and ask about your “philosophy,” and be self-aware about dubious problems like cultural appropriation and how much to jump on global trends such as fermentation, which has become a kind of religion of rot amongst restaurateurs these days.

In terms of the evolution of Jordy Navarra’s cooking style, I feel it’s in that space between “Revolver” and “Sgt. Pepper.” And because I’m a fan of the later works, I’m looking forward to what is to come, now that the food has gotten edgier and more experimental, and the items on the tasting menu are changing more often.

I also feel that Toyo Eatery hasn’t gotten enough of the international accolades that it should have. It would be grossly unfair, for instance, if it did not join Chele Gonzalez’s Gallery Vask on the 50 Best Restaurants list for Asia this year.

But the Nobel Academy also managed to ignore Graham Greene, because of one member of the committee who kept blocking him year after year. And “Titanic” won Best Picture in 1998. The processes of voting bodies are inscrutable and very often mistaken.

But going by the buzz of companionable conversation and the brisk turnover of tables at Toyo Eatery on a Saturday night, this might not matter. Jordy Navarra and his wife, May, who oversees the front of house, are cooking for the people that they had always wanted to cook for—Filipinos, using local ingredients, but with a wealth of classical and experimental techniques to draw from.

The latest menu draws deeply on the bounty of the sea. A recent meal had a rosette of kinilaw with patis, a slab of fish cooked with fermented butter.

At another lunch, one of the dishes was a single, perfectly cooked octopus tentacle. Depending on the waiter, you might get the explanation of the dish in English or Tagalog, something I deeply appreciate.

The Navarras have also opened Panaderya Toyo, just two doors down the restaurant, and which I’ve yet to visit. But I’ve had their bread, and it’s fantastic. At the panaderya you can drop in any time of the day for a quick snack, as well as to buy bread.

Aside from their take on the bread of the moment, the wet sourdough as popularized by Tartine, they do a very soft pan de sal—so soft that it has to be knotted to prevent it from collapsing. I’ll be back to try the bread.

I’m writing this now because I’ve been thinking about the importance of not holding back on saying things that need to be said. I try not to review the same restaurant twice, unless it has undergone significant changes. More importantly, I try to recuse myself when it comes to restaurants owned by friends, or those who have treated me to a meal.

But if all these factors were different, I would still reach the same conclusion: Toyo Eatery is the most important restaurant in Manila right now. —CONTRIBUTED