Pitoy Moreno: From Tondo to the world | Lifestyle.INQ ❮ ❯ 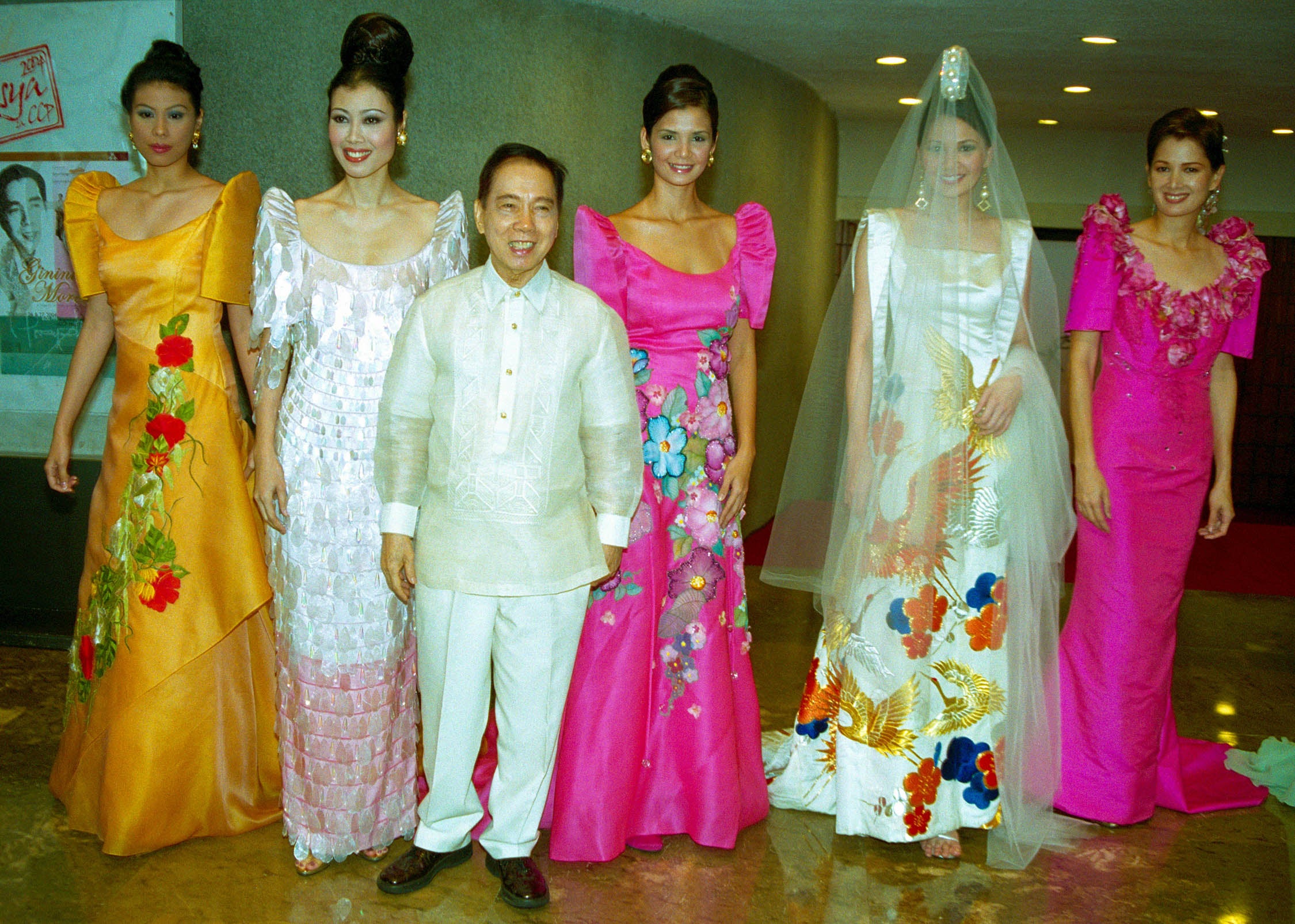 PitoyMoreno was once hailed by Paris Match magazine as the “Fashion Czar of Asia.” INQUIRER PHOTO

Pitoy Moreno: From Tondo to the world

Instead, she sent him off with a message that was almost like a poem and was both a farewell and a promise.

Those whom he was leaving behind, she told him, would survive and continue the work he had been doing for decades without much fanfare.

Virgie was at Pitoy’s bedside when the 89-year-old breathed his last, summoned by doctors who sensed that after almost five years in a hospital ward, the ordeal was about to end.

She was soon joined by nephews, nieces and other relatives and those who had cared for Pitoy until the very end.

She sat so quietly, almost motionless, as the doctors worked on her brother that a grandson worried enough to ask that her blood pressure be taken lest stress was taking its toll on her. But her BP was normal.

“I don’t really cry much,” the sprightly 93-year-old said of her stoic acceptance of her brother’s passing.

She was also comforted by the thought that during all the years Pitoy was in the hospital, he was not in great pain. And he was always gladdened by visits from relatives and the mention of familiar names, “his face lighting up” and his lips managing a smile, said Virgie.

The siblings lost their father, a ship captain, when Virgie was only about 5 or 6 years old. They were raised by their mother, who traded rice, in the family home on Juan Luna Street in Gagalangin, Tondo, Manila, a neighborhood that produced some of the most prominent names in journalism, arts, business and other professions.

Both siblings went to public schools from their elementary grades until college at the University of the Philippines (UP).

Virgie laughingly recalled that it was her violent reaction to being sent to a school run by Belgian nuns in Tondo that ended the prospect of their being in private schools.

“The nuns were all in black from head to toe and the school seemed dark. I must have kicked one of the nuns as I resisted,” she said.

Virgie was with its sister organization, the Sigma Delta Phi sorority.

Unknown to many, Pitoy received two bachelor of arts degrees — in fine arts and social work, his sister said.

He would combine both disciplines when he and other UP students did outreach work at the National Bilibid Prison in Muntinlupa City where he taught inmates to draw, Virgie added.

While in school, Pitoy’s interest in fashion was encouraged by friends and classmates who would occasionally ask him to design pieces they needed for special occasions.

He would successfully pursue fashion design as a career after graduation, using his talent and artistry to showcase the Filipinos’ sense of style and promote the Maria Clara gown.

Paris Match magazine would hail him as the “Fashion Czar of Asia.”

Pitoy was not only an outstanding artist but also a smart businessman who made solid investments, particularly in real estate.

Virgie said he probably got his good head for business from their Chinese ancestry.

When he was about 12, Pitoy had a near-death experience during the war. Japanese soldiers strafed their neighborhood and a shrapnel missed Pitoy by just a few inches, Virgie said. A boy living in a house across the street was not so lucky.

Pitoy tried being a jeepney conductor after the country’s liberation from the Japanese, Virgie recalled with amusement, adding that American military engineers had converted the old family car into a jeepney.

Passengers were surprised, however, that the vehicle would make regular stops at a house on Juan Luna Street. A uniformed maid would emerge and hand the youthful conductor a glass of milk and some biscuits.

Pitoy made sure he shared his success with those in need. For decades, he supported the Children’s Ward of UP Philippine General Hospital and extended financial assistance to medical interns.

He also gave grants to students of the College of Fine Arts to motivate them, Virgie said, as many people discouraged careers in the arts because the prospect of getting rich was slim.

As she bade her brother goodbye, Virgie assured him that his J. Moreno Foundation Inc. would carry on where he left off and would continue to support his projects.

Members of the public may pay their last respects to the designer until Jan. 19, from 2 p.m. to 10 p.m. at Capilla del Señor, Santuario de San Antonio Parish, Forbes Park, Makati.

A final Mass will be celebrated at 10 a.m. on Jan. 20 at Santuario de San Antonio, after which Pitoy’s remains will be interred at 2 p.m. at  Manila Memorial Park in Parañaque City.

In lieu of flowers, the family has requested that a donation be made to  J. Moreno Foundation Inc.