Most hipster-friendly and Instagrammable small US cities for 2018 named | Lifestyle.INQ ❮ ❯ 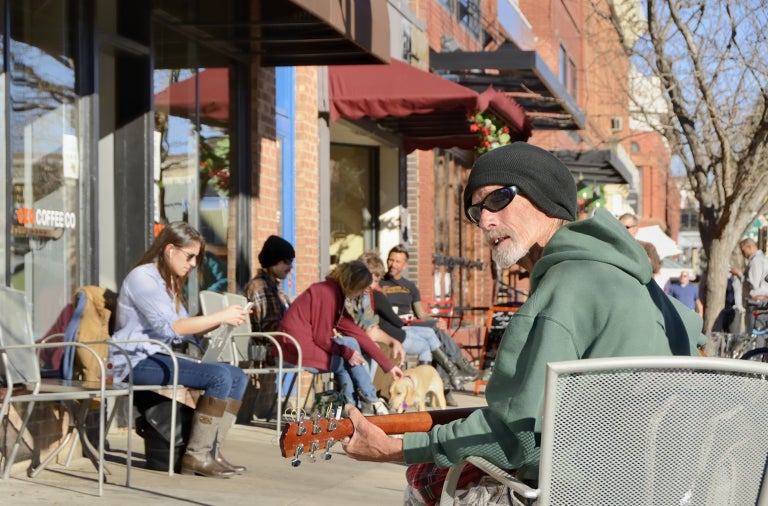 A busker on the streets of Boulder, Colorado. Image: RiverNorthPhotography/IStock.com via AFP Relaxnews

Most hipster-friendly and Instagrammable small US cities for 2018 named

If your dresser is filled with ironic T-shirts featuring bands that pre-date your time, wear oversized spectacles even though you have 20/20 vision, and have tried to go vegan at least once in the last year, you’ll love New Orleans or Boulder, Colorado, which have been declared some of National Geographic’s most hipster-friendly small United States cities.

As part of NatGeo Traveler’s 29 “Cities on the Rise” list, editors indexed destinations under ten broad, conversation-starter categories, such as most Instagrammed, dog-friendly, caffeinated, sudsiest (breweries and craft beer scene) and hipster-friendly destinations in the U.S.

For their list, the publication worked with destination branding advisors at Resonance Consultancy, looking at everything from the number of coffee shops and breweries, to social media mentions and Instagrammable sites.

“In this article, we report on authentic small cities that each embody a surprising superlative,” said NatGeo Traveler editor-in-chief George Stone in a statement. “Happy places for locals are also rewarding places for travelers. Our index of small cities on the rise is based on unconventional metrics that we think produce happiness: green spaces, coffee shops, breweries, music venues, Instagrammable moments and puppies.”

Boulder, Colorado ticks off the largest number of boxes, slipping into four categories including the most hipster-friendly, musically grooviest, most caffeinated and sudsiest small U.S. city:

“Boulder boldly leads with music venues, vintage clothing boutiques, and craft breweries. And there seem to be as many coffee shops as cyclists here, so it’s no surprise that several combo java joint/bike shops have opened recently.”

Thanks in large part to the arrival of a new Ace Hotel in a renovated art deco, mid-rise building, along with its trendy bars and music venues, New Orleans is also classified as one of the most hipster-friendly destinations in America, along with Hickory, North Carolina and Spokane, Washington.