Having a very spidey time at Benilde | Inquirer Lifestyle 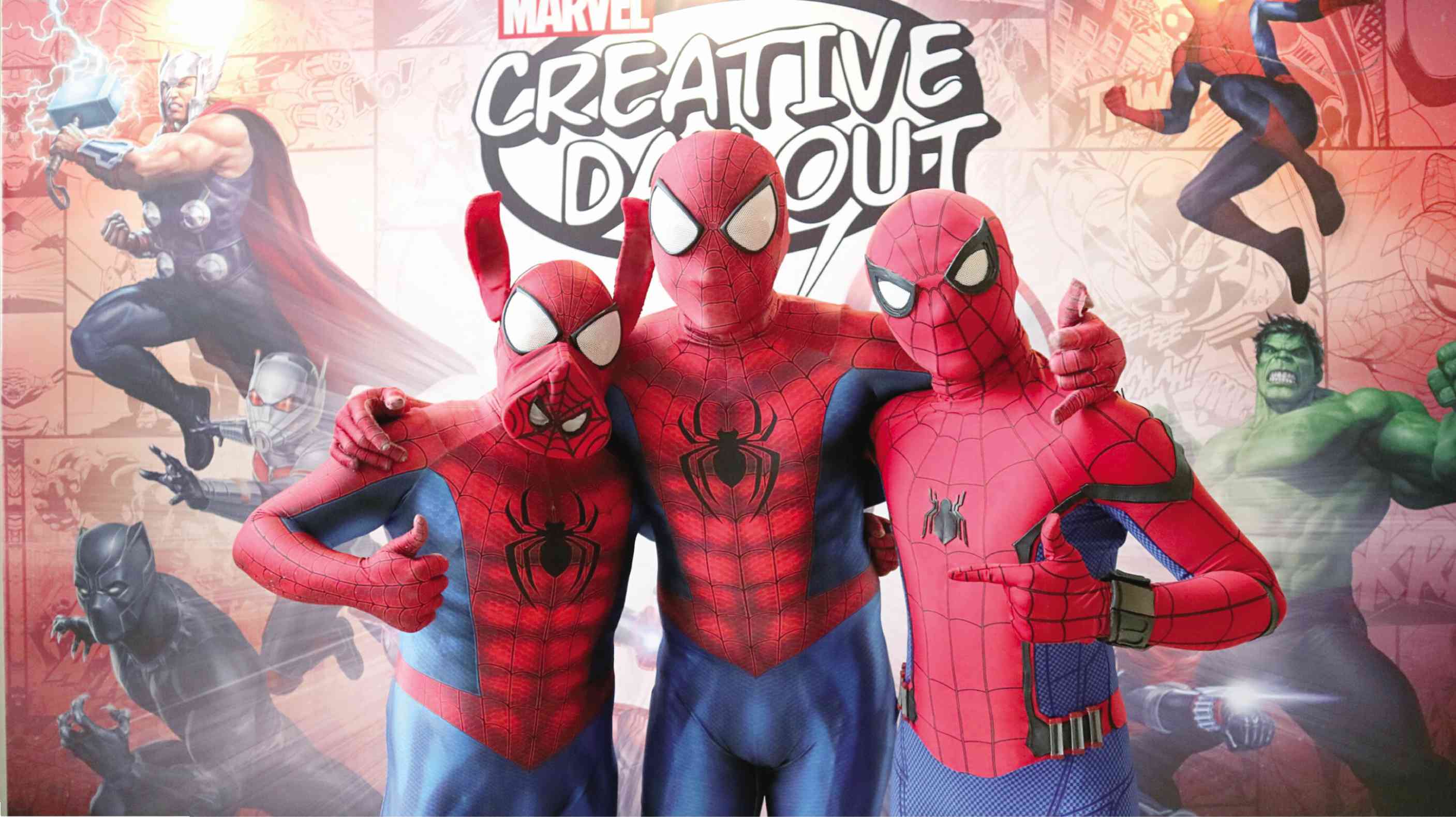 Having a very spidey time at Benilde

How do we know firsthand that the Marvel Universe is indeed made of interconnected story lines? Well, we got to see three Spider-Man superheroes right in front of our eyes in the same place, at the same time.

At the Marvel Creative Day Out, friends Zack Tolosa, GP Manalo and Joyce Dizon all swung by the art and design-focused event to share their love for Spider-Man and all things Marvel. They didn’t just wear a shirt with the face of their favorite character—they actually brought him to life.

“Why is Spider-Man my favorite? I mean, why not?” Joyce, dressed as parody character Spider-Ham, said.

“To an extent I feel a lot like him when he didn’t have spider powers yet. We’ve all gone through being bullied, but even then Peter always chose to do the good thing,” she shared.

These friendly Spider-Man geeks were all just from the “neighborhood” of College of St. Benilde. But, don’t worry, they didn’t skip any classes just to make it to the Marvel mini comic con.

The three are proudly part of a community of Spider-Man fans and cosplayers called Spider-Verse Philippines, and you can meet all the web-heads existing in the multiverse in this group of cool geeks. The three Spideys Super found have all met through the group and have stayed friends since for the past two years.

Zack was dressed in the most updated suit featured in “Spider-Man: Homecoming,” and upon seeing him, we were just so tempted to ask if he had his Training Wheels Protocol on or not.

He told us “they finally did it right,” when asked about the latest Spidey film adaptation. Both his friends seem to agree.

“Peter is so young in ‘Homecoming’ and that’s how he really started out his Spidey duties early in the comics. The greatest thing about the third Spider-Man is that  there’s just so much potential for and in the character as Peter Parker and his alter ego. He’s also part of this bigger world with older, more experienced superheroes who he can learn from,” GP said.

Just like the rest of us, these cosplayers also admitted to shedding a tear or two when they first watched the “Infinity War” trailer. (Nick Fury’s “There was once and idea” line easily stirred up some feels).

“The fact that Marvel is going really dark in this film just means they are taking these well-loved heroes to a deeper level, and it’s these kinds of plots that make us greater fans of the franchise,” GP shared.

“They’ve been building this Avengers movie since 2013 [in ‘Thor: Dark World’], and I just expect it to be the ultimate culmination worthy of that cinematic effort. It’s also rumored to be split to two parts, which makes the untitled fourth Avengers film something we can’t wait to see,” Zack added.

“I’m also looking forward to seeing the end of ‘Infinity War’ so we could get a clue or some sort of spoiler on what the next Avengers will be all about,” GP said.

“Sorry we’re geeking out too much,” Zack told Super. We brush him off because we know they couldn’t have made Spider-Man any prouder.