The xx ‘dares’ to be different in new album | Inquirer Lifestyle ❮ ❯ 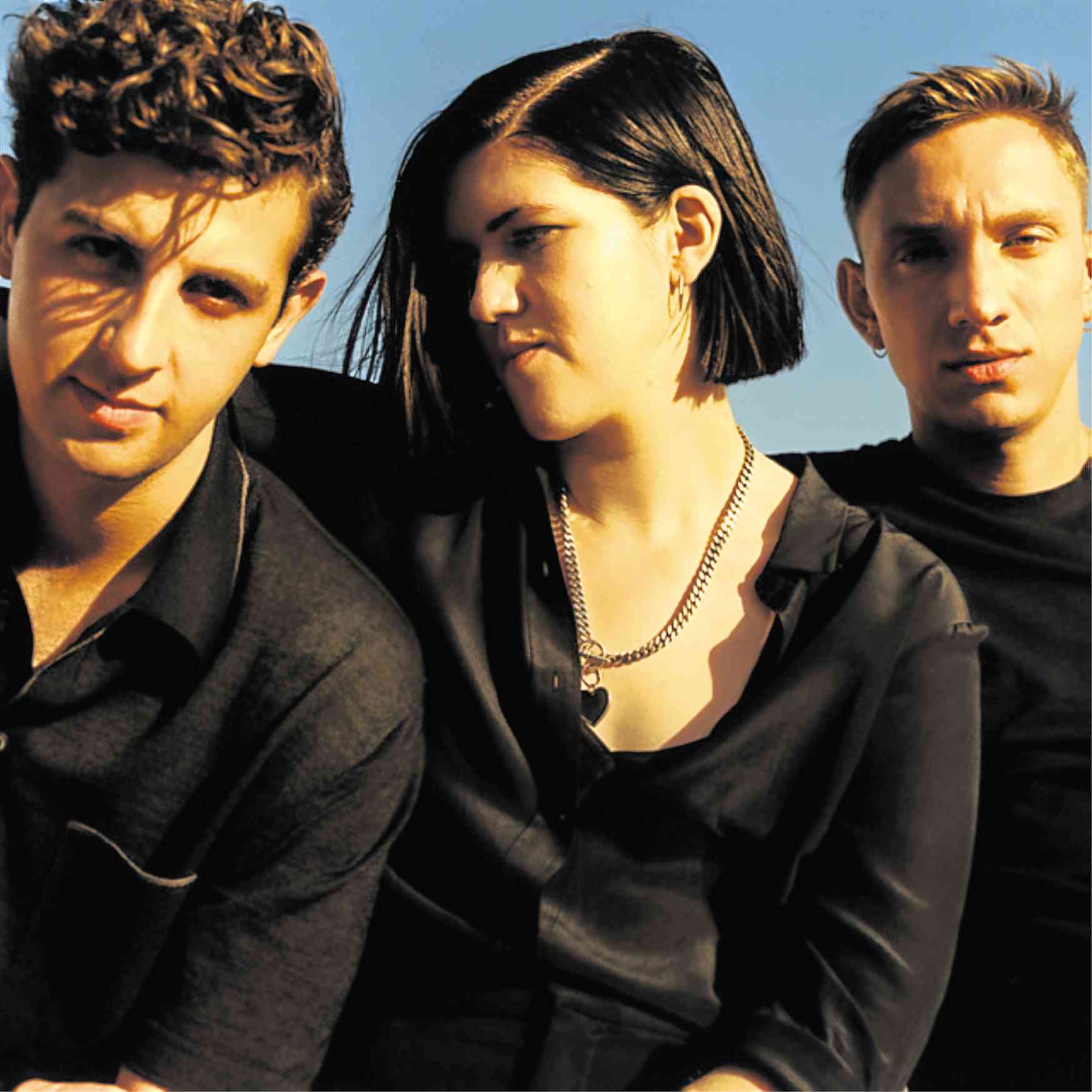 Nearly 5 years since their first visit, English indiepop trio the xx will be returning to Manila for their “I See You” tour. —LAURA COULSON

The xx ‘dares’ to be different in new album

We had an incredible time the last time we came to Manila—the energy of the audience was just unbelievable. We’re really, really excited to come back,” the xx’s Romy Madley Croft told Super weeks before the English indiepop trio’s show at the World Trade Center on Feb. 7.

That year also marked the start of what would be a long gap between “Coexist,” which spawned the haunting hit single “Angels,” and 2017’s “I See You,” for which the band is currently on tour.

During the five-year gap, the trio went off to do side projects. Croft also used the break to “get to know myself a bit more.” Reflecting on the band’s whirlwind journey to mainstream fame, she recalled how the group’s career took off when they were barely into their twenties, followed by headlining tours and festival stints, commercial soundtrack releases for “Intro,” and a Mercury Prize win for “xx,” among other things.

“A lot happens that you don’t really get the time to think about all of it, and I’m happy to have a bit of time to take it in… that we managed to have a bit of life in between albums. And that’s really important because otherwise, you’d just be writing songs about touring,” said Croft with a laugh.

Speaking of touring, any noticeable differences in their live performances of late? “We’ve all gained some more confidence, which is really great. We’re all enjoying being onstage and able to interact with the audience more, to move more onstage and not be so worried and nervous,” Croft shared. “That’s a lot of fun because it means you could just relax into it and hopefully put on a better show.”

In those past five years, the singer also saw how the social media boom affected the whole live music experience. “I love capturing pictures and sharing them with my friends, but I try to stay away for a bit for portions of the show because I want to get into and enjoy the moment,” Croft admitted.

“I would never say it onstage, but I do want to encourage our fans to just take it in with their eyes sometimes, and you can just get lost in the moment if you don’t have a phone in your hand,” she added. (Guys, you might want to take note of this for the concert.)

It’s been nearly a decade since its critically acclaimed debut album hit the charts, but the xx’s sonic evolution is still ongoing. The trio ventured into relatively unfamiliar territory with “I See You,” which many have deemed as considerably more club-friendly and optimistic-sounding than their previous two offerings. And it’s not a bad thing at all, as it received glowing reviews when it came out last year.

“I love ‘I See You’—this album was a real gem to make,” said Croft. “It’s one of the most challenging experiences I’ve ever had because we really tried to push ourselves to learn, do things differently, get out of our comfort zone.

“Sometimes, doing that is actually quite hard, but it’s really rewarding that people have come to love the music [and] that people connect to it, so it makes it worthwhile. I’m really happy that there are some of the more upbeat and euphoric moments that have come out of this.”

Perhaps the best example of the band’s newfound optimism is the buoyant, coming-of-age love song “I Dare You,” whose star-studded music video has been called the band’s “love letter to LA.” Think Millie Bobby Brown and Paris Jackson in a California teenage dream sequence under the watchful eye of Calvin Klein’s Raf Simons, no less.

Smith’s penchant for sampling, which Croft attributed to his childhood obsession with Australian electronic act The Avalanches, was evident in “I See You.” Loops of Hall and Oates’ “I Can’t Go for That” could be heard in the lead single “On Hold,” and even a bit of Alessi Brothers was sampled in the sensual track “Say Something Loving.”

“I think that in the past, he might not have brought forward the idea of sampling to the xx because we thought we had plans, ideas and rules about what would be songs for the xx or what would be genuinely the xx songs,” Croft mused.

“What happened on this record is we didn’t worry so much about what was right for which one, you know? We just thought that if it was good or if we liked the song, we just embraced it. We weren’t worried about being what people thought or expected.” For good reason, too.

“The xx ‘I See You’ Tour Live in Manila” is presented by MyMusicTaste. Tickets are available at Ticketnet outlets or online at ticketnet.com.ph, or call 9115555 for ticket inquiries.