What to expect in the metro’s latest steakhouse | Inquirer Lifestyle ❮ ❯ 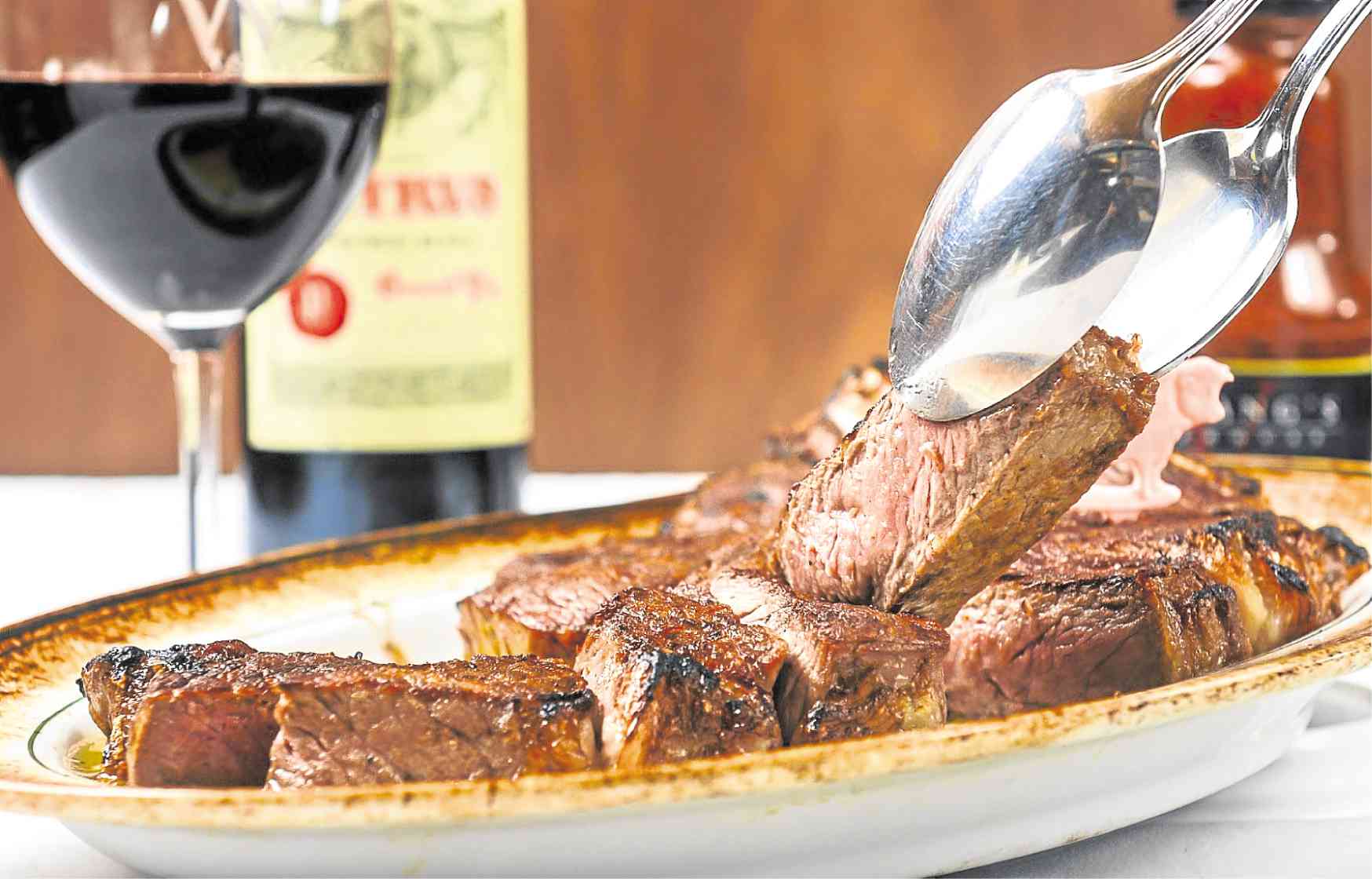 What to expect in the metro’s latest steakhouse

Wolfgang’s Steakhouse, famed for dry-aged beef and steaks, has just opened its second branch in the Philippines, at the Podium mall in Ortigas.

The Excello Management Group headed by actor-chef-restaurateur Marvin Agustin and businessman Raymund Magdaluyo brought the Wolfgang brand to Asia and the Philippines in 2016. Its success prompted Hong Kong and Singapore to open their own branches.

Agustin has, indeed, come a long way—he waited on tables when he was 16—not only in his acting career but also in the restaurant business. He is the brains behind many popular, homegrown concepts, such as SumoSam, John and Yoko, Mr. Kurosawa and Akira.

“After years nurturing our homegrown brands, my partner and I decided it was time to bring in international brands into the mix,” Agustin said.

For Wolfgang’s Steakhouse at Podium, “we have an entirely new team here,” he said. “Their job is to make sure the steakhouse is on par with its New York counterpart, and at the same time, make the concept an experience Filipinos will love.”

New York is ground zero in the war for the best steakhouses in the world, and Wolfgang’s is right in the thick of it.

The restaurant is founded by Wolfgang Zwiener, former headwaiter at Peter Luger Steakhouse, an iconic New York establishment founded in 1887. Zwiener worked in the steakhouse for more than 40 years, after which he decided to open his own in 2004, on Park Avenue in Manhattan.

Wolfgang’s Steakhouse has nine locations across the US and nine in Asia—four in Japan, and one each in Korea, Philippines, China, Hong Kong and Singapore.

The second branch is a strategic decision, Magdaluyo said, since the one at Resorts World Manila is a bit far for people who live north of Manila.

“I live nearby, so I can actually look after the operation of this branch without worrying about the terrible traffic,” Agustin added.

“There’s a big untapped market here in the north. Podium is strategically near a lot of corporate offices and residential areas that are prime markets for this kind of upscale dining experience.”

Wolfgang Zwiener’s son Peter made it to the Podium opening. Although still active, the elder Zwiener has left most of the worldwide operations to his son, who is now president and managing partner.

The brand is on a global expansion, according to Peter Zwiener.

“Over the next 12 months, we will open our first location in Europe (Cyprus, May 2018), our sixth location in New York City (June 2018), and we are looking to expand further in Asia (Shanghai, Shenzhen, Taiwan and Jakarta), Middle East (Dubai), Latin America (Mexico and Panama) and Europe (UK, Germany and Switzerland), in 2018 and 2019.”

The restaurant offers strictly USDA Prime Black Angus beef, which is dry-aged in Wolfgang’s own designed aging room for an average of 28 days.

“We have an Angus beef supplier that none of the local restaurants have access to. The people at Wolfgang are very strict and exacting when it comes to the quality of beef we serve, and even with the interior design of the restaurant. They need to be the same as those in New York, so when you dine in our branches, it’s as if you’re in the original Wolfgang restaurant in New York.”

Focus on the meat