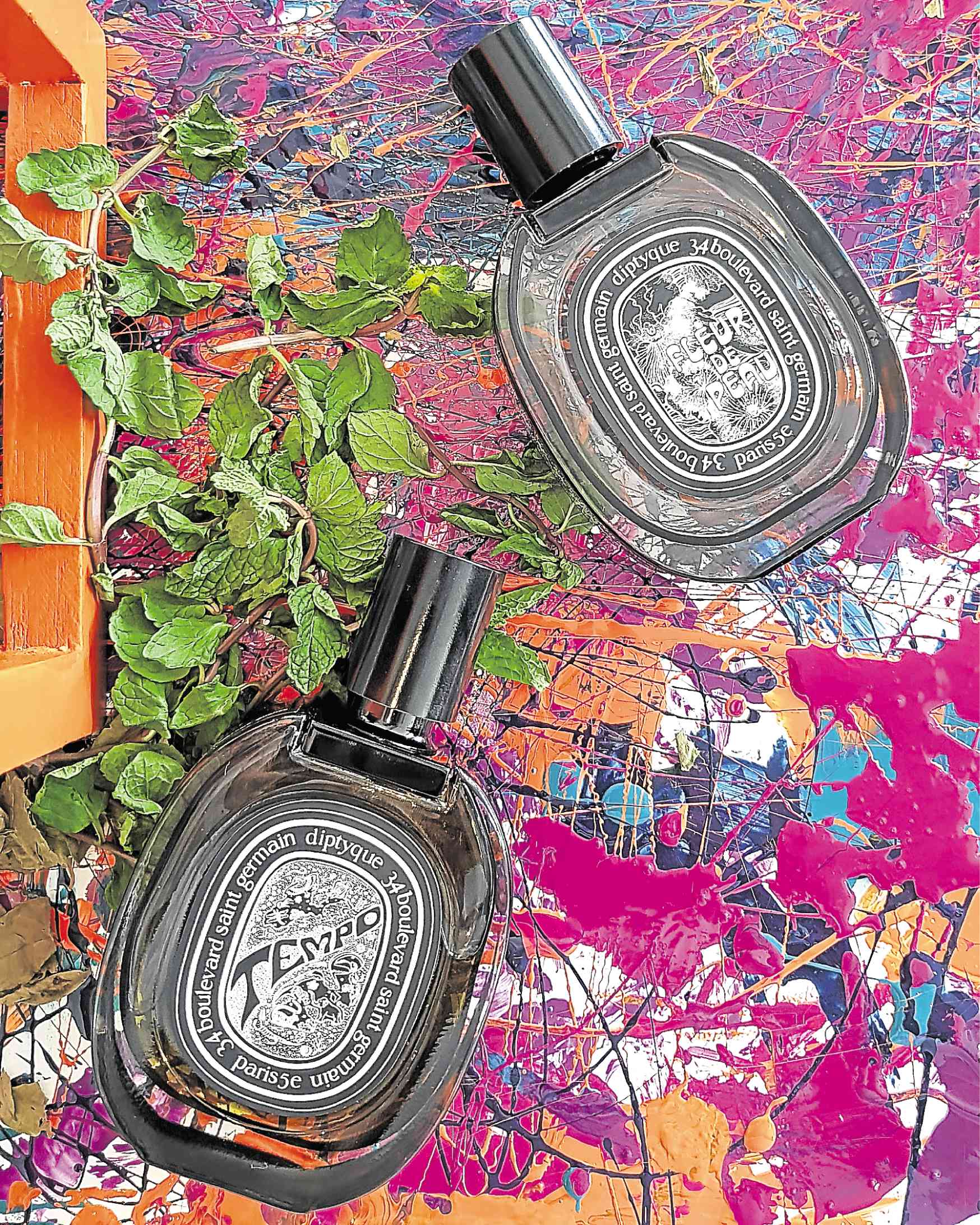 Five classic scents from fragrance brand Diptyque were displayed at the perfume launch that coincided with its 50th anniversary.

Front and center was the classic L’Eau, the first gender-free fragrance when it was launched in 1968.

L’Eau was created by painter Desmond Knox-Leet who combined ingredients such as ginger and resin before eventually asking a perfumer to create the fragrance that is still widely used today.

Also on display were benchmarks such as the first fruity floral scent L’ombre, Philosykos, 34 and Florabellio.

The two new scents that join the roster are Tempo and Fleur de Peau.

Like Knox-Leet, Diptyque’s other two founders, Christiane Gautrot and Yves Coueslant, were also not perfumers; Gautrot was an interior architect while Coueslant was a theater director and set designer. Their approach to curating fragrances went beyond the creation of scent, making it a visual and tangible experience as well.

The illustrations for these two new fragrances were drawn with India ink, just like Knox-Leet’s design for L’Eau back in the ’60s. Both are double-sided with hand-drawn sketches visible through the fragrance.

Olivier Pescheux combined three ingredients taken from the Indonesian island of Sulawesi to come up with the patchouli-scented Tempo.

The result is a powerful scent tamed by softer ingredients such as violet leaves.

The bottle’s illustrations by Safia Ouares feature swirls from a volcano illuminating the night sky while its ashes bring back to life all of nature below.

Fleur de Peau shows Pescheux’s mixture of “leathery, powdery and fruity facets.” To the scent of musk he added contrasting scents like Ambrettolide and ambergris.

The illustrations for Fleur de Peau were designed by Dimitri Rybaltchenko and depict the love story of Eros and Psyche and their eternal unity despite the odds. —CONTRIBUTED

Diptyque is at Bonifacio Central Square and is also sold at Rustan’s department stores.