“Mickey and the Wondrous Book,” a musical extravaganza featuring some of Disney’s most beloved characters and songs, is a big hit with Filipinos and Hong Kong Disneyland Musical Director Ceejay Javier isn’t surprised. It’s his favorite, too.

Ceejay, whose work now involves playing with Disney music (he recently modernized a Winnie the Pooh song and gave it a more rock sound for Magic Access guests-the annual pass holders), says he feels like a kid in a candy store. “This is a dream come true for me. I wanted to expand my musical horizons and working with Disney is probably the best thing that has ever happened to me. Just going to the lab and listening to the music is like being a kid again. I love Disney.”

Ceejay continued, “You have to have certain music in certain places of the park to set the mood for the guests.” Music is important to Hong Kong Disneyland—and not just the ones in the live shows or parades.

Annie Wharmby added, “We really need every guest-whether they’ve seen the first show or the last show or the show on Monday or the show on Friday-to have the same excellent experience. There’s a lot of focus that we put on our shows to make sure they remain in top quality. We put our hands on our hearts, even the Festival of the Lion King which opened 12 years ago is just as good, if not better than when we opened today.” 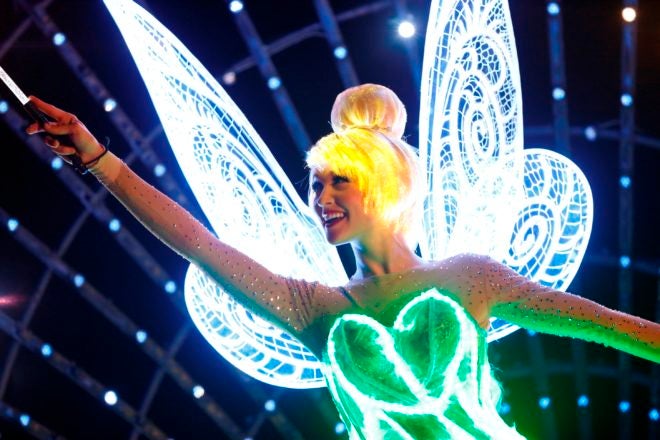 Another musical and lights spectacle that must not be missed is Disney Paint the Night Parade, containing over 740,000 individual lights.

“It’s an incredible experience and it’s really unique in Asia. There’s nothing like it anywhere,”Annie said.