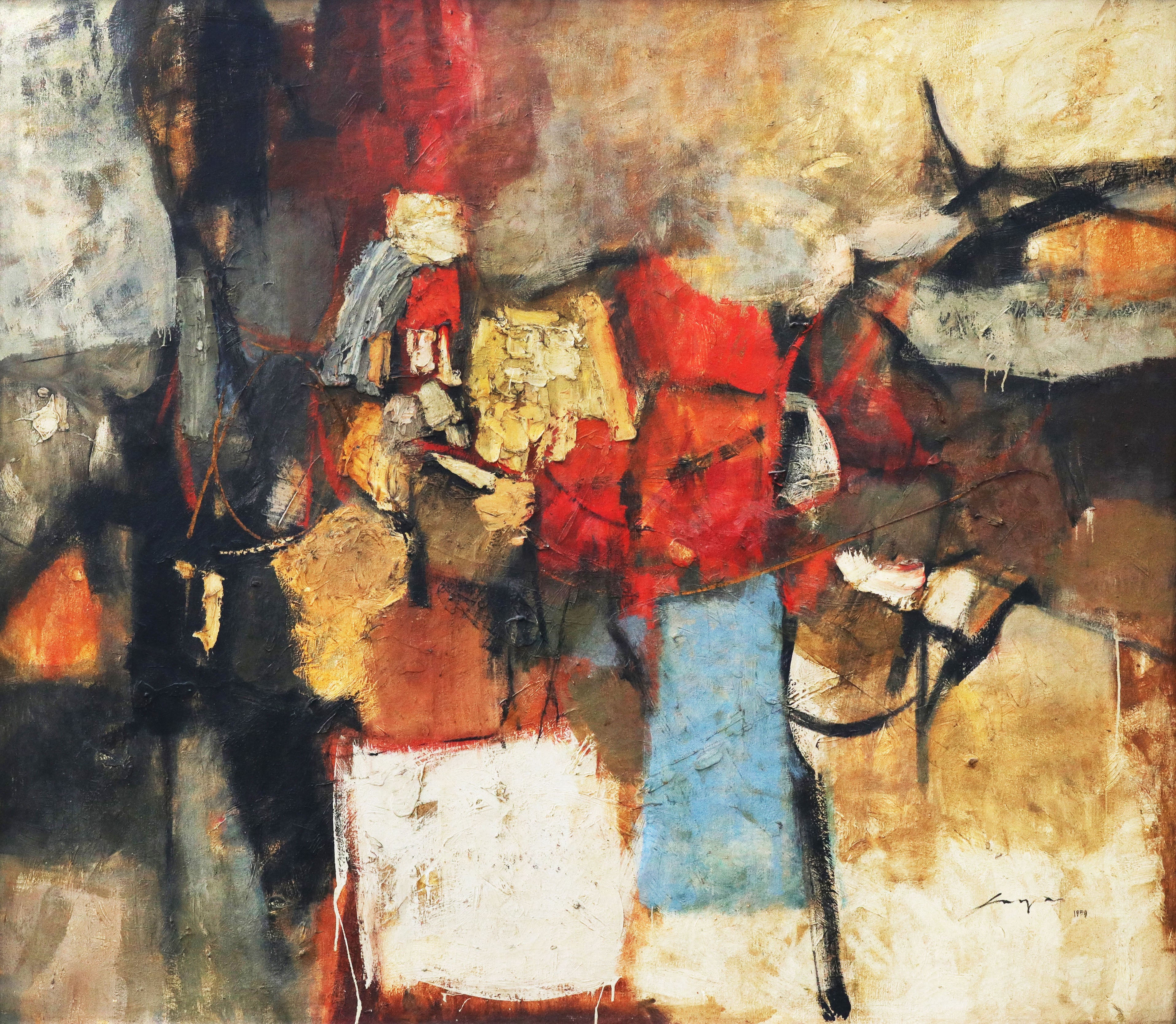 Joya’s ‘most important work,’ Manansala’s ‘Tres Marias’ up for auction

National Artist Jose Joya’s famous and important work, the 1959 oil-on-canvas “Space Transfiguration,” will be one of the highlights of León Gallery’s annual Asian Cultural Art Council Auction on March 3.

According to Jaime Ponce de León, the auction house is privileged to sell “Space Transfiguration,” which has a starting bid of P22 million.

“The ‘Space Transfiguration’ is inarguably the artist’s most important work, and we are honored to be granted this once in a lifetime opportunity,” Ponce de León said. “Perhaps no other Philippine artwork has been exhibited nor been published as much as this work.”

Modernist works like Joya’s will again dominate the annual auction, which will raise funds for the artist’s fellowship programs of the Asian Cultural Center (ACC) Manila.

Magsaysay-Ho’s 1960 oil-on-canvas “Tahip,” which shows a group of peasant women hard at work, is one of the highlights, with a starting price of P18 million.

In his 1960 oil-on-canvas “Virevia II,” Zobel introduces a vibrant sense of spontaneity and impact. There is also a sense of austerity in the painting done in black and white. Bidding starts at P8 million.

Luz’s 1957 oil-on-masonite-board “Venezia” rhapsodizes Venice, evoked through minimalist lines and shapes that would become the trademark of the artist. Floor price is P3 million.

“Tres Marias” by Vicente Manansala is a masterpiece from 1972 from a very important collection, Ponce de León said.

Executed in the Cubist technique of overlapping, the painting depicts three women, with fruit baskets on top of their heads, holding their children. It has a starting price of P16 million.

Another highlight is Danilo Dalena’s 1990 oil-on-canvas “Alibangbang Series,” which shows men relieving themselves at a urinal in a jai-alai betting area. The painting captures Dalena’s signature humor. It has a starting bid of P1.2 million.

Mauro Malang Santos explores the many sides to his Cubist expression in his 1973 oil-on-canvas, “Flower Vendor,” where there is a tendency towards angularity and exaggeration. There is a rigorous concern with pictorial structure, spatial illusion, and relationships of forms. Bidding starts at P3 million.

An earlier Ang work, “Fish,” signed and dated 1972, is up for bidding, starting at P8 million.

Another national artist represented in the auction is Hernando R. Ocampo, whose Neorealist geometric abstraction, “Fertile Valley,” signed and dated 1972, has a starting price of P10 million.

Andres Barrioquinto’s “When Horses Gallop,” a naturalist’s fantasy of exotic peacocks and horses, is one of the contemporary highlights. Bidding starts at P2.2 million.

This is the third year of partnership between León and ACC.

“León Gallery feels that this is a way of giving back to artists that will not only benefit the artist themselves but benefit Philippine Art in general,” Ponce de León said.