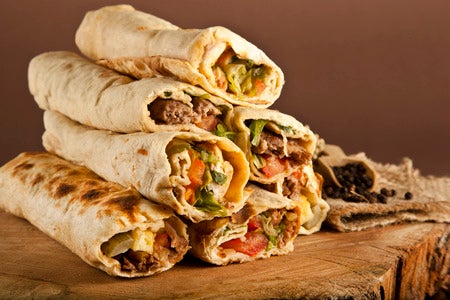 One Egyptian woman probably thought it was nice to get married and have a lifelong companion, to have and to hold, for better and for worse, for richer and poorer, and in sickness and in health, until, well, shawarma did them part.

Perhaps she wasn’t expecting that she’d be marrying a penny-pinching guy to spend the rest of her life with, but Sameeha, the woman, is now divorcing her husband after only 40 days of being married to him. And while statistics show that most divorces are attributed to infidelity, abuse and lack of communication, shawarma is the main culprit in the ending of Sameeha’s sorry marriage.

Or lack, thereof, of a shawarma.

“We had a traditional arranged marriage,” said Sameeha as reported by Masrawy, an Arabic Egyptian online news portal via Khaleej Times on Feb. 18. “I only knew him for two months before the wedding and never noticed how stingy he was.”

Sameeha recalled that during the first week of their marriage, her husband told her he hates going out anywhere because it is a waste of money. In their 40 days of being husband and wife, her husband hadn’t taken her out nor have they gone anywhere together as a couple.

When they did finally go out together, Sameeha asked her husband to buy her a shawarma wrap. Her husband, however, refused, telling her that he already bought her juice and that was it. He also accused Sameeha of “exploiting his wealth” by coercing him to buy her shawarma after he got her a beverage.

Unable to take her husband’s stinginess any longer, Sameeha immediately returned to her family and filed a case for divorce. According to the report, the case is now in the hands of the Egyptian court and has yet to be decided on. Now, that’s a wrap for a short-lived union. Cody Cepeda/JB