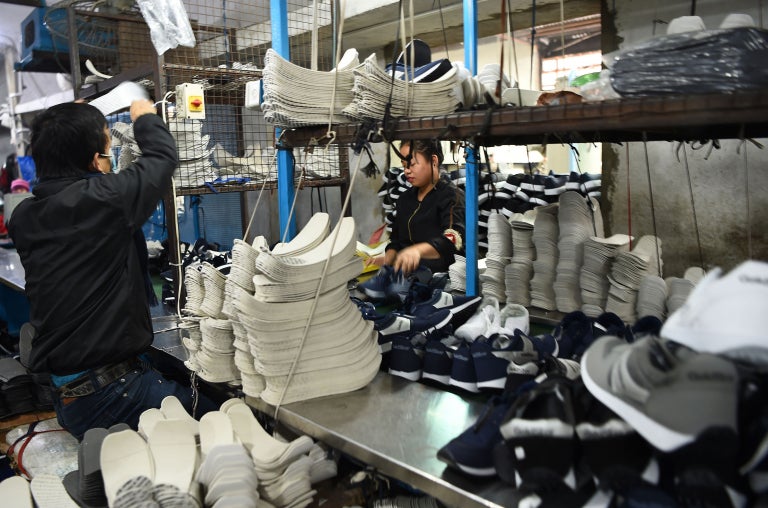 Long maligned as the footwear of choice for Nepal’s Maoist guerillas, Goldstar sneakers are undergoing a revival in the Himalayan nation — fast becoming a must-have hipster accessory.

The humble $8 trainers were worn by insurgents during Nepal’s decade-long civil war, when just being seen wearing a pair was enough to wind up in prison accused to being part of the rebel force.

Today that stigma is fading as fashion conscious Nepalis, proud to support locally made products, flock to the brand — Goldstars saw a 30 percent jump in sales in 2017 according to company figures.

“Wearing a Goldstar now is like being a part of a movement. And everybody seems keen on being a part of it,” says Kathmandu-based singer Samriddhi Rai, who regularly posts about her ever-growing collection to her large social media following.

Many of this new generation of consumers came of age after the conflict ended in 2006 with more than 17,000 dead and thousands more missing.

Then, Goldstars were best known for cladding the feet of Maoist militiamen who waged a brutal insurgency against the state from their rural strongholds.

The rebels earned a reputation for nimbly evading government forces, darting around the hills in military fatigues — and their distinctive sneakers.

“Goldstar shoes, the shoes of combatants. Always one step ahead,” local punk band The Kathmandu Killers sing in a recently released track that taps into the enduring legacy of the brand from that era.

The army eventually changed tactics, opting to starve the rebels out by imposing a blockade that deprived Maoist strongholds of both food and footwear.

“They were trying to stop the lifeline, like food, but at the same time they were stopping the shoes as well,” Amir Rana, managing director of Goldstar’s parent company Universal Group, tells AFP.

As the bitter conflict dragged on, the trainers became so synonymous with the Maoists that anyone wearing a pair was suspected to be a militant.

“The security forces profiled them. If a guy was wearing Goldstar shoes and had a backpack, he was Maoist,” Rana adds.

The war ended with a peace deal in 2006 that brought the rebels into the folds of government, with Maoist leader Pushpa Kamal Dahal becoming Nepal’s first post-war prime minister.

But the scars linger and two commissions set up to investigate abuses on both sides have failed to bring key perpetrators to account, with many still occupying top positions in the government and military.

But many buying Goldstars today do not attach these storied shoes to the horrors of the past.

If anything the brand, founded by Rana’s father in 1990, has benefited from its humble roots as a family business as national pride has surged in recent years.

Sandwiched between two Asian superpowers vying for economic and diplomatic influence, Nepal is flooded with products from both.

“Most of the goods that we get are either made in India or made in China,” muses Shreyans Tamang, a young Kathmandu resident who was sat on a sun-soaked step drinking tea with friends — a pair of Goldstars on his feet.

“I think that’s also why I like Goldstars because they are made in Nepal,” he adds.

A popular #MadeinNepal movement has also put a premium on homegrown products and helped local businesses reach young buyers through social media where their goods can acquire a new appeal.

Rai, the singer, said Goldstars meant much more than wearing “a funky pair of shoes”.

She says: “It was also about making a statement: that I support Nepali makes, the Nepali industry and that I embody the spirit of being a Nepali.” AB