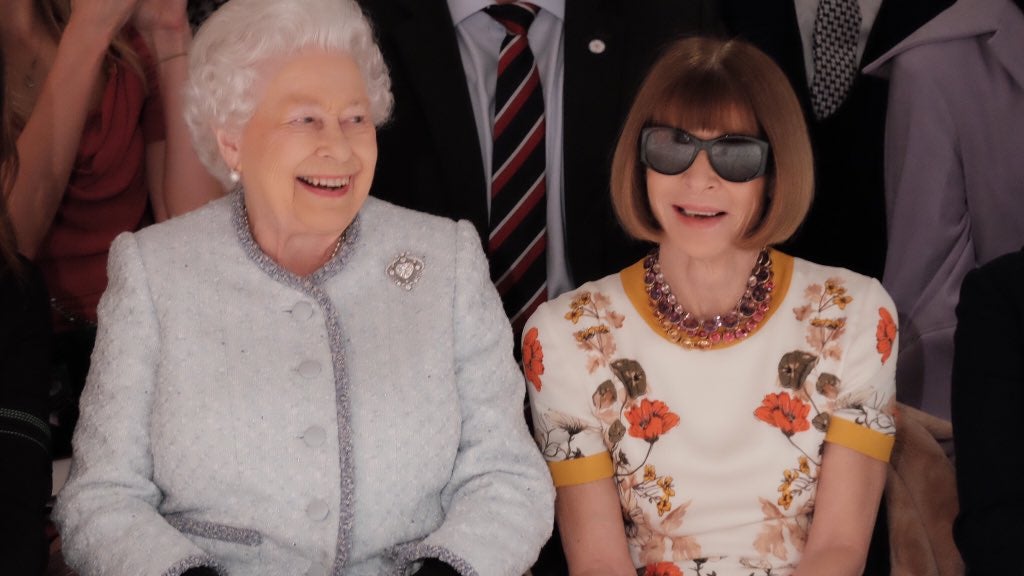 Queen Elizabeth II and fashion matriarch Anna Wintour sat side-by-side on the front row of the catwalk on Tuesday as the British ruler paid her first visit to London Fashion Week.

The Queen watched a show by young British designer Richard Quinn, whom she presented with the inaugural “Elizabeth II Fashion Award”, which will be presented annually to a new talent in the sector.

Dressed in a duck-egg blue dress and jacket, the sovereign appeared to be occasionally taken aback Quinn’s collection, which included intriguing combinations of flowing garments with bright motifs and biker helmets, and leather dresses with fishnet stockings.

“As a tribute to the industry, and as my legacy to all those who have contributed to British fashion, I would like to present this award for new, young talent,” said the Queen.

“From the tweed of the Hebrides to Nottingham lace, and of course Carnaby Street, our fashion industry has been renowned for outstanding craftsmanship for many years, and continues to produce world-class textiles and cutting edge, practical designs,” she added.

Quinn described the occasion as “a bit surreal”, adding that he would like to dress future royal family member Meghan Markle, who will marry Prince Harry in May. NVG

Britain’s Prince Charles steps up as Queen steps back

By the numbers: Facts and figures about Queen Elizabeth II