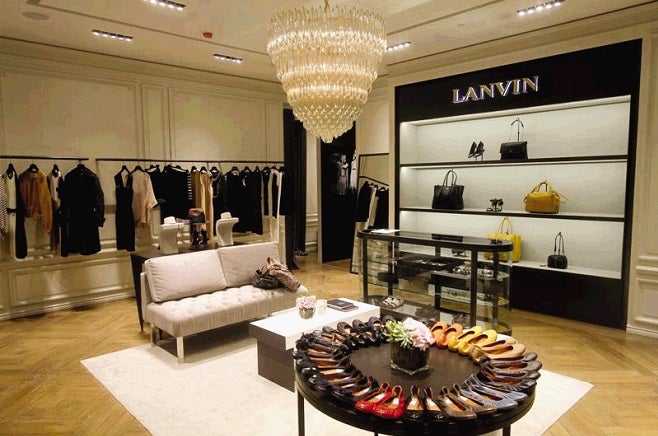 Lanvin, the oldest French luxury house still in existence, has been in turmoil since the shock sacking of popular designer Alber Elbaz two years ago.

Its previous owner, the Taiwanese media magnate Shaw-Lan Wang, who had promised a fresh cash injection, remains a shareholder, Fosun said in a statement.

“Not all brands can go through more than a century and still shine like Lanvin,” said Fosun International’s chairman Guo Guangchang, who is often called China’s Warren Buffett after the American investor and darling of the markets.

“This globally renowned brand and its rich history has tremendous growth potential,” he added.

“As China becomes the main growth driver of the global luxury market, we are confident that Fosun can bring great incremental value to Lanvin,” the statement added.

Fosun, which already owns the French holiday company Club Med and a string of mid-market fashion brands including the German label Tom Tailor, said it was “absolutely committed to Lanvin’s high luxury positioning and its exceptional quality of products manufactured in France and Italy.”

Lanvin’s artistic director Olivier Lapidus — who replaced designer Bouchra Jarrar in July after only 10 months at the helm — told AFP in November that he was helping to prepare a major shift for the brand, which was founded in 1889.

Before Fosun took a controlling stake, Madame Wang held 75 percent of the company, with the rest of the shares owned by German businessman Ralph Batel.

Fosun has gone a huge foreign buying spree since 2013, splashing out 13 billion dollars (11 million euros) on an eclectic range of companies from entertainment to tourism and banking, according to analyst platform Dealogic.

Guo, who Forbes magazine estimates is China’s 16th richest man, caused consternation in 2015 when he disappeared for a few days only for the group to say later that he had “been helping the judicial authorities with their inquiries”. /muf