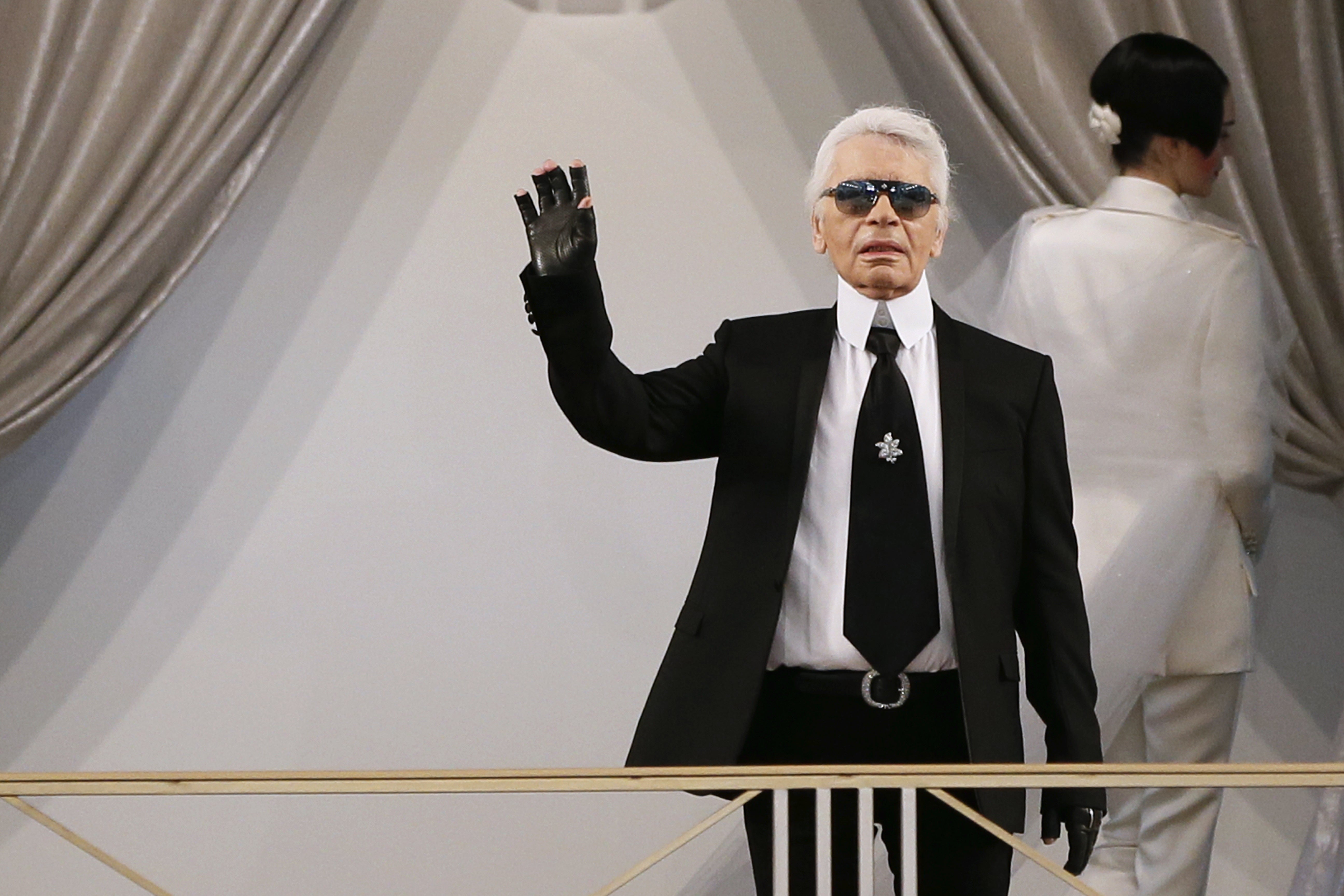 The idea is to dress a woman "who has more and more sway in society, who can defy men's rules and take over," said Venturini Fendi, the label's co-artistic director with Lagerfeld. Image: AFP/Patrick Kovarik

Silvia Venturini Fendi and Karl Lagerfeld caught the feminist wave at Milan Fashion Week on Thursday with their emphasis on strong women in Fendi’s collection for next fall and winter.

The idea is to dress a woman “who has more and more sway in society, who can defy men’s rules and take over,” said Venturini Fendi, the label’s co-artistic director with Lagerfeld.

In a decor evoking a boudoir crossed with a private men’s club, the silhouettes were assertive, with square shoulders shaping the leather coats as well as the short and long capes in fur or Prince of Wales wool.

The kerchiefs worn around the neck in many of the creations recall a bygone era when women embroidered handkerchiefs to give to their men as they went off to war, she said.

As a motif, it is romantic while also saying women are assuming power, she said. “This woman does not stay at home and embroider, she is out in the street with her head high.”

The motif reappears as the patchwork pattern of a flowing white dress that’s both girlish and business-like.

Feminism comes naturally to Fendi, which was founded by five sisters in 1946 building on their parents’ fur and leather shop.

“I’ve never made a difference between men and women, so it’s natural for me to support these struggles when they re-emerge,” she said, referring to the #MeToo movement against sexual abuse and harassment.

After the show, Serge Brunschwig, who was named Fendi’s new chairman and CEO on Monday, appeared backstage to greet Venturini Fendi and Lagerfeld. CC