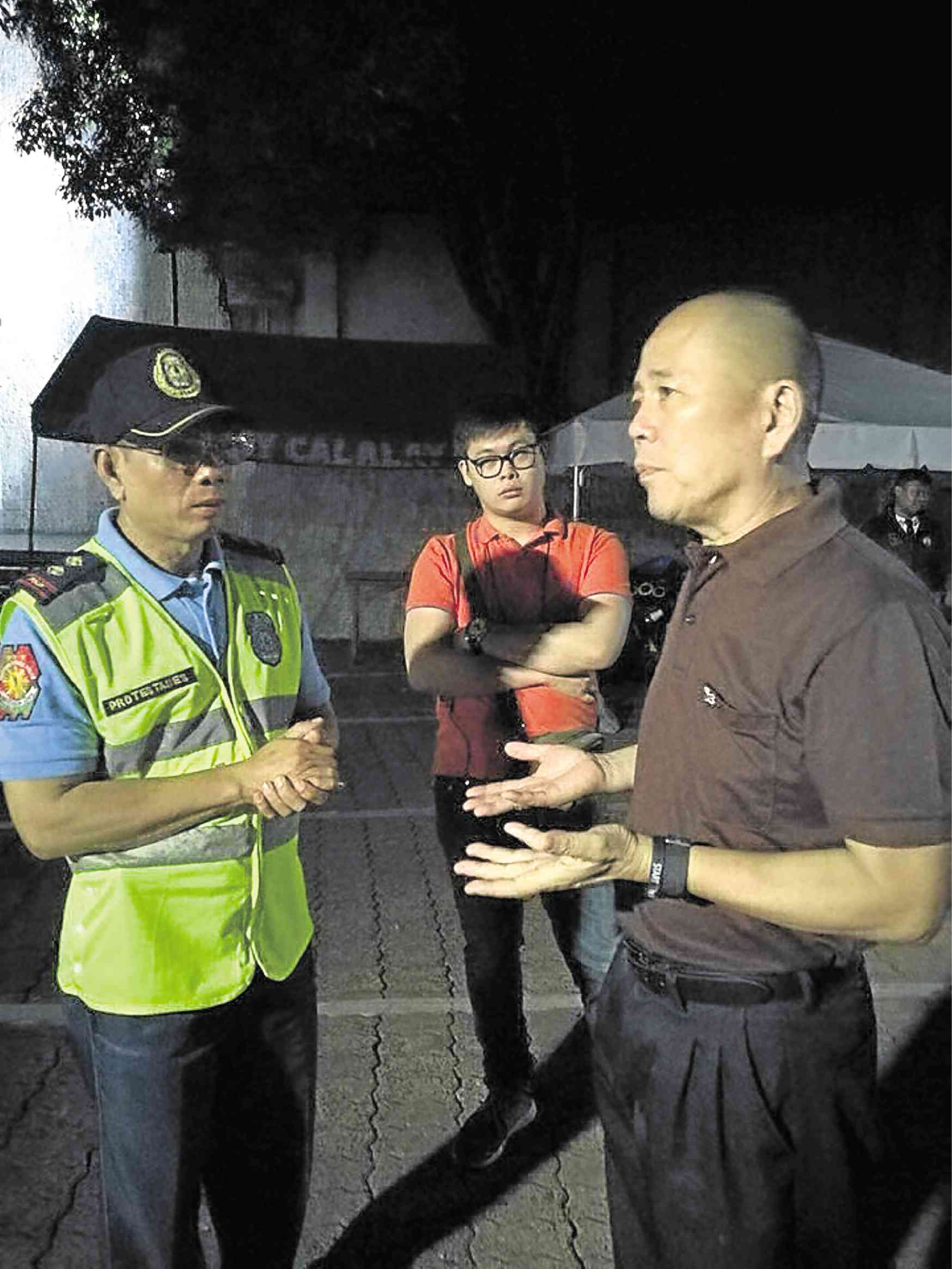 The vigil, on its sixth night, was in danger of being dispersed, said the message. Two police officers went to PPM in the afternoon to serve notice that the vigilant group would have to clear the area by midnight to allow workers to set up for a program prepared by the National Historical Commission of the Philippines.
Fr. Robert Reyes, the activist priest, told the Inquirer that the police could stop the group’s fasting and novena.

And then the cop rolled up his blue shirt sleeves to reveal tattoos of the Black Nazarene on his left and right biceps.
But that was not the ultimate revelation.
The congenial police officer unbuttoned his shirt to show another tattoo, this time on his chest—that of the Virgin Mary.
“Marian po ako!” he stressed, to assure Father Reyes he meant no harm.—POCHOLO CONCEPCION