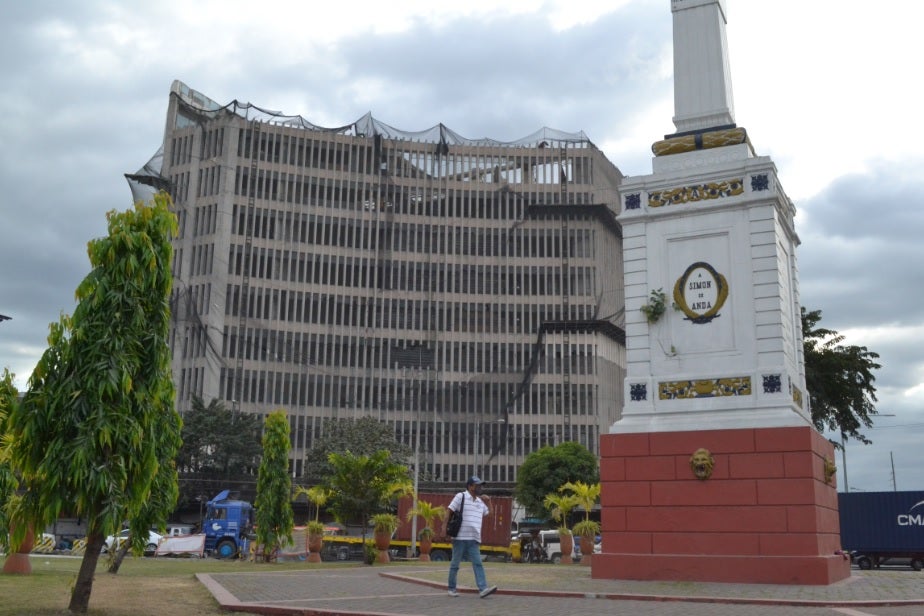 Heritage advocates have condemned the Manila City Hall under Mayor Joseph Estrada, Philippine Ports Authority (PPA) and Department of Public Works and Highways for demolishing the José Maria Zaragoza-designed Philbanking Building on Anda Circle in Manila despite its status as a presumed important cultural property (ICP).

The edifice, which later became the Bureau of Internal Revenue Building, is owned by the PPA.

As per Republic Act 10066, Philbanking is a presumed ICP since it was designed by a national artist and is at least 50 years old.

She said it was “depressing” coming in the heels of the demolition of the Philippine National Bank Building on Escolta, which was designed by Carlos Arguelles.

“Many of our local government officials have no respect for heritage and history, neither do real estate developers,” she said.

“There are laws protecting our heritage but they destroy and demolish with impunity,” Araneta added.

A notice posted in front of the building states that PPA entered into a contract in October 2017 with EM Cuerpo Inc./Multi-system Construction and Development Corporation JV for the demolition.

PPA South Port manager Francisquiel Mancile said the demolition was carried out due to the notices of condemnation issued by the office of the Manila Building Official.

He said that in 2016, the National Commission for Culture and Arts (NCCA) had asked the demolition “abate(d).”

Mancile said that in March 2017, DPWH “strongly recommended” the demolition.

He added Manila City Hall ordered the demolition in April 2017.

But Charles Salazar of the NCCA heritage office said the matter was not cleared with them.

NCCA did not give the go-signal to the demolition, Salazar said.