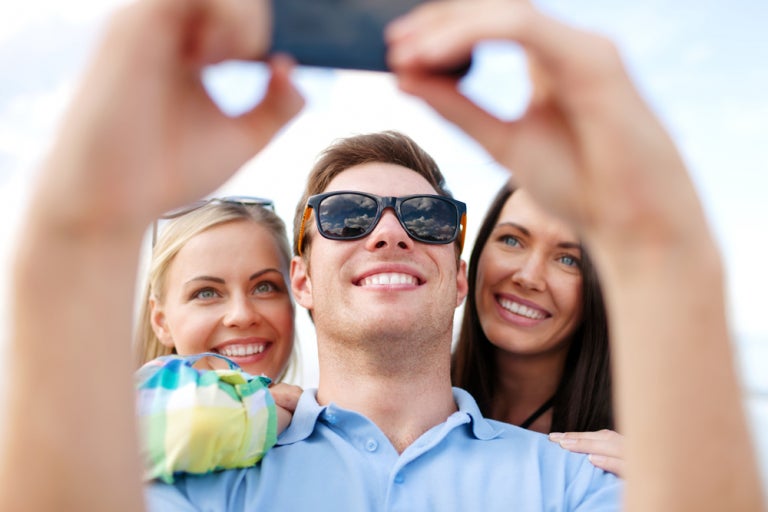 French vacationers use smartphone for selfies, Italians for underwater pictures

Online travel portal Opodo reports that 48 percent of English, German and Swedish travelers use their mobile phones less during their vacation time, while 45 percent of French travelers admit using their mobile in the same way as the rest of the year.

Before publishing its overview of 2017 travel trends and future forecasts, March 14, Opodo has shared a snapshot of how vacationers use their mobile phones.

While travelers of some nationalities are preoccupied with the weather during their trip, all nationalities covered by the poll — carried out in France, Germany, England, Sweden, Italy, Portugal, Spain and the United States — agree that a battery that can hold its own is essential.

Unsurprisingly, vacationers use their smartphones for taking photos, and the selfie function is crucial for some. The French appear to be the most narcissistic of the bunch, topping the list of travelers (36 percent) who say they need this function, compared to 32 percent of Italians, 29 percent of Portuguese and 11 percent of Swedish travelers polled. However, 70 percent of French respondents said that they also take a regular camera on vacation.

The poll also revealed that Italians (52 percent), in particular, are fans of equipment allowing them to take their phones underwater.

The study was carried out by One Poll, surveying a sample of 12,000 people from eight countries (England, France, Germany, Sweden, Italy, Portugal, Spain and the U.S.). JB