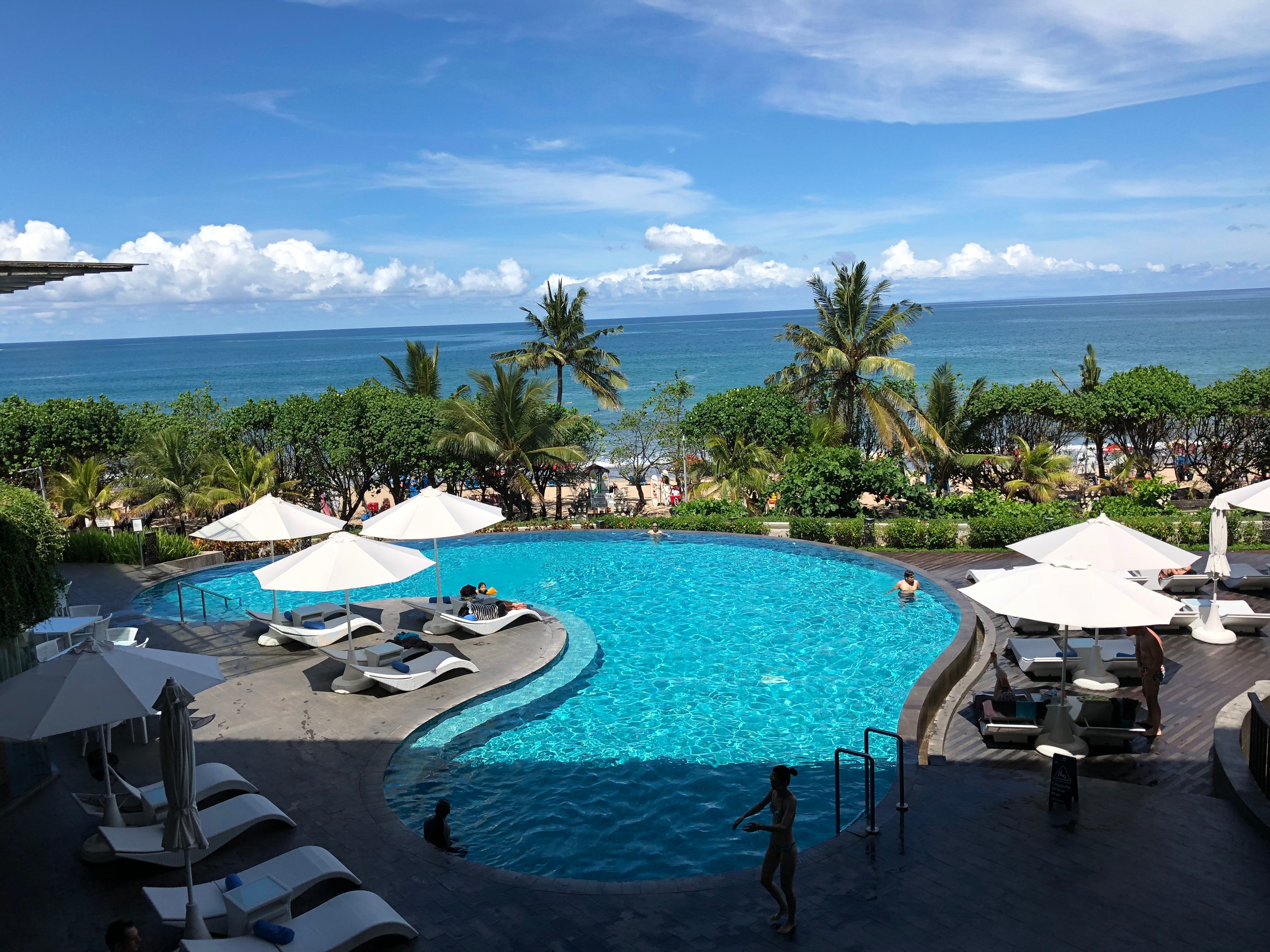 Like a model, a woman strutted in front of a camera while a surfer behind her caught a wave.

It was shortly before 6 pm and people, mostly tourists, were starting to gather to watch or get the best photo of the sunset at Kuta Beach in Bali, Indonesia.

The beach was nestled across the Sheraton Bali Kuta Resort, a five-star luxury hotel, which is part of the Beachwalk shopping center. The mall has more than 200 retail stores.

For two nights, the resort was home to a group of Filipino journalists, including this reporter, and lifestyle bloggers who were invited by AirAsia Philippines to a five-day familiarization trip to Bali last February 27.

After its launch in January this year, the airline has announced that its Manila-Bali route would have daily flights starting February.

Joined by former AirAsia PH’s CEO and chair Maan Hontiveros, the group arrived at the Bali Ngurah Rai International Airport (DPS) just before midnight of February 27 and proceeded to the resort five kilometers away.

Upon arrival at the hotel, the guests received leis and a refreshing buko juice with the resort’s initial “S” carved on the shell. A tray of cookies, milk and tea also greeted the guests as they entered their respective rooms.

In the morning, the guests were awed by the stunning sight of the rooftop infinity pool and a panoramic view of the Indian Ocean.

The view and the breakfast specially prepared for the guests made the late-hour flight to the island worth it.

A tour of the resort explains why it is called a luxury hotel.

According to a statement released before the trip, the resort has 203 guest rooms and suites ranging from 46 to 265 square meters and features a “spacious private balcony with uninterrupted views of the Indian Ocean or the resort’s signature social courtyard.”

For those traveling with children, the resort has [email protected] Kids Club where kids up to 12 years old can learn and explore Bali’s culture. Some rooms, even in dining areas, also provide a space specially designed for children.

Given the many services it offers to guests, Dario Orsini, general manager of Sheraton Kuta, believes that staying at the resort can be considered “very affordable.”

“I believe there is a perception in the Philippines that Bali is expensive but that’s not really the case. You know it’s at par with any other tourist destinations,” Orsini told Inquirer.net.

“It’s very affordable considering the services that they will get,” he added.

According to Sheraton’s website, room rates start from 1,520,000 Rupiah (a little over P6,000 depending on the exchange rates).

From the resort, Orsini said guests could go anywhere on foot — Kuta Beach is just a few steps away while the Beachwalk mall is right beside the hotel.

“Everything is so close to each other that even if you just come in for three or four days, you can do so much in just a short time,” he said.

On the second and last night at the resort, media and bloggers got a taste of Seafood Martini night when guests enjoy seafood and a free-flow of martini every Friday for as low as 390,000 Rupiah (about P1,500) per head. /cbb