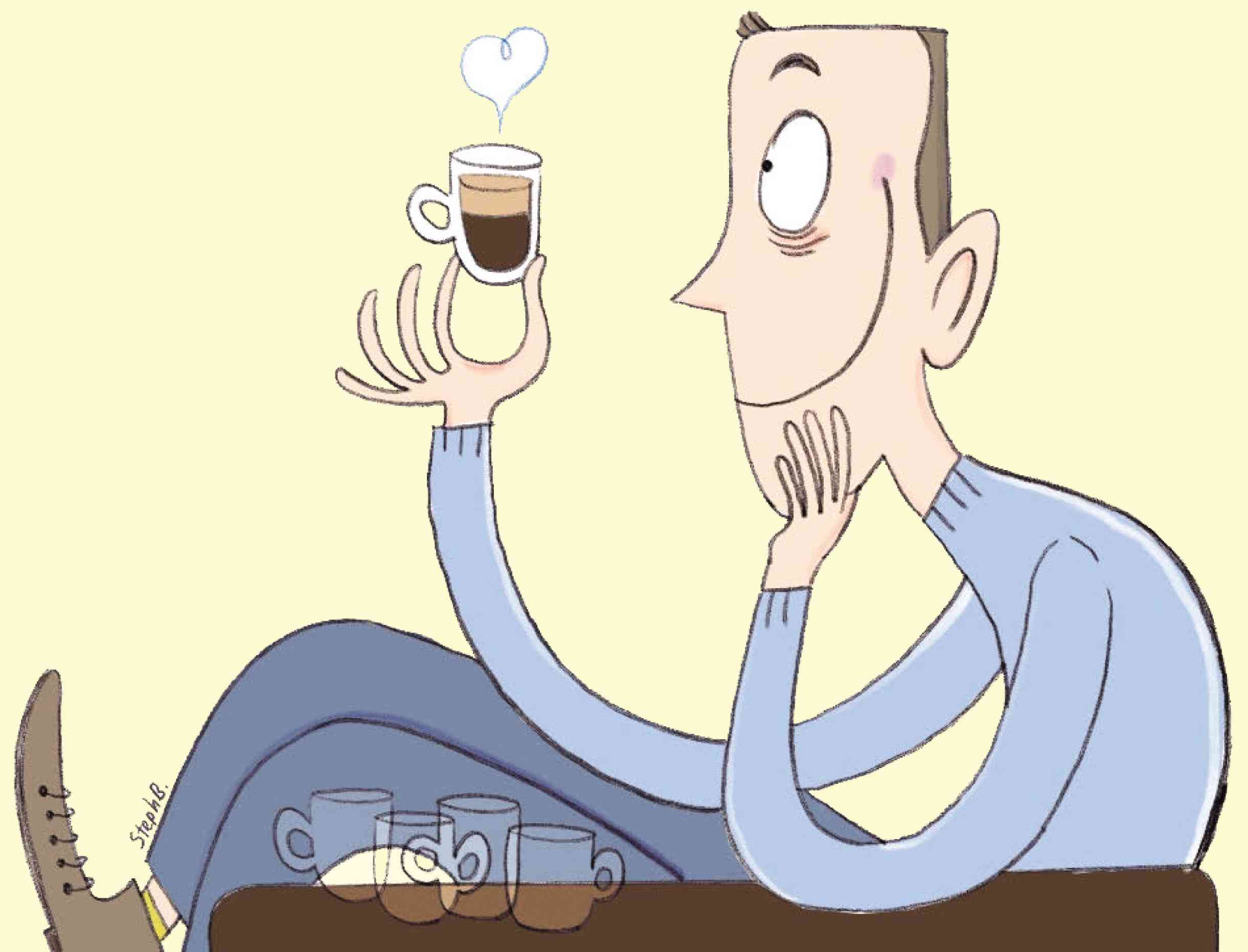 A love-hate relationship with the Nespresso coffee maker

It’s a bit of a mystery how it happened, but the third wave of coffee, with its single-origin beans, pour-over extraction, and disinclination to adding either milk or sugar to the beverage, is alive and flourishing in Manila—even as one of the most important commercial achievements of the second wave of coffee managed to pass us by.

The powers-that-be decided that our market was ready only for the contraption known as Dolce Gusto—a machine that makes passable coffee, but bizarrely enough, also spews forth orange juice, hot chocolate, iced tea, and a disgusting latte drink made from milk powder.

If you prefer the more upmarket Nespresso, which has been ubiquitous in Europe for the last two decades, you need to lug both machine and capsules home from the United States or Hong Kong, or pay for the more expensive Nespresso Professional machines, which use a different pod-based system.

Nespresso arrived in the Philippines on the last day of 2017. I don’t know if Nestlé decided we were finally ready for proper coffee and that they had underestimated the degree to which the Filipino middle class is aspirational. Or whether some enterprising businessman had decided that if we could have Leica and John Lobb stores in the Philippines then we could probably afford Nespresso, too.

This is, after all, a country where the supply of fresh milk in the grocery is erratic and essential medicines go out of stock in pharmacies.

In case you’re wondering, I have had no contact at all with whoever runs the Nespresso show in the Philippines.

I have a love-hate relationship with Nespresso. I first encountered the brand when I was living in the United Kingdom in the early 2000s, and stumbled upon its display at Selfridges. I needed some coffee to power me through the rest of the afternoon, and settled at what I thought was a coffee bar.

I had a great cup of coffee, and it was only when I asked for the bill that I discovered I was at a tasting station and the attendant was trying to sell me a machine. When my wife (who was then my fiancée) and I moved into our first house, we joined the Nespresso Club.

That’s not a turn of speech. In those days, Nespresso was such a closed system that you couldn’t just buy a machine and a fistful of capsules, but had to enter into a membership. This meant that the sales team not only posted the machine (then made by Krups) directly to your house, but it also bombarded you with never-ending ad copy about the various capsules
and special limited flavors, which you had to order on the internet.

It was all very arcane, but somehow satisfying—you knew it was a big marketing ploy but you went along with it anyway. And it was a good cup of coffee.

But here’s the secret about Nespresso, and because I’m on my third machine, I can say this with some certainty. The first few cups out of a new machine will be so good that you can get carried away and have five cups of a coffee a day just trying out the different flavors and matching them to the dreamy, poetic descriptions that the copywriters have come up with: intense, woody, wild, with a fruity aromatic profile, with hints of orange peel, peaches, plums, lilies, with hints of tears of virgins in love, an aftertaste of laughter of babies at the carnival.

Why would anyone want to resist this miasma of overinformation that turns pushing a button into an act of self-expression—that turns a cup of coffee into a luxury good?

The price of Nespresso capsules is well known—for years it has been fixed at P30 per capsule, a little extra for the special editions. The capsule is an aluminum pod of evenly ground, perfectly tamped coffee in an airtight container.

All the hard but fun work of selecting a bean, getting the roast just right, setting your burr grinder just so, has been taken away from you in favor of something that just works. So, if a car showroom salesman pops in a capsule for you, you know that he has invested P30 in trying to sell you a car.

Restaurants can charge three times for food and five times for drinks in general, but they will keep the price of Nespresso reasonable. Hotel rooms and conference halls all over the world buy into the system for that little shot of glamour to spice up a really dreary business trip or meeting.

The machine I bought at the Nespresso boutique the other day was P8,000—not exactly spare change, but cheap in the world of coffee machines, where domestic appliances go for about P60,000 and commercial models can cost more than P1 million. I then bought enough coffee pods for a month, which cost a little more than P1,000 or an eighth of the machine’s cost.

The machines are sold, I believe, almost at cost, and their current generation has become even more streamlined and easy to use. However, I know that in six months the coffee will not taste as good as it did on the first day, despite being far from having made the 1,000 cups before the manual recommends descaling.

In London, I took advantage of the dulcet tones of the Nespresso hotline, which advised me to try descaling early. The flavor improved, but only by a little bit. When we moved flats, I lost my machine, and bought a new one. The first cup, as usual, was sublime.

We have different water from the Thames and Severn water that flows through London’s Victorian plumbing system, so I’m hoping the experience will be different. Distilled water will give you a distilled water taste if you can live with that. If you like mineral water, use your preferred brand.

The Nespresso machine now takes its place beside the two other coffee machines I have—a drip coffee maker and a bean-to-cup machine which was previously my daily beater, a useful beast as long as one keeps up with its constant demands to empty the grounds bin, refill with water, descale, add more beans.

I have two more machines: a Pavoni lever whose hissing would freak out the guests because it always sounded like it was about to explode (not an impossibility), and a Gaggia semiautomatic which never made good coffee from day one.

Any barista, or even a good home coffee enthusiast, will tell me that you can get much better coffee than anything that comes out of a Nespresso machine, and have access to any coffee that’s being imported locally—there are a lot being imported, as well as being grown locally.

But the degree of skill it takes to grind, tamp, and extract the coffee doesn’t come easily. There are very few people in the entire country who can actually do it properly. Most can’t, and this includes the tens of thousands of professionals working at the coffee shop chains like Starbucks and Coffee Bean & Tea Leaf. (Toby’s Estate has the most consistent quality.)

I have spent a lot of time trying to make a decent cup of espresso at home, and once in a while—especially if I have a cup of instant coffee first to get me alert enough to do it properly— I can pull a decent shot, maybe one out of a hundred.

So, on most days, I’ll pony up for a “delightfully scented” cup with “sweet biscuit and light fruit notes.” I can live with that. –CONTRIBUTED