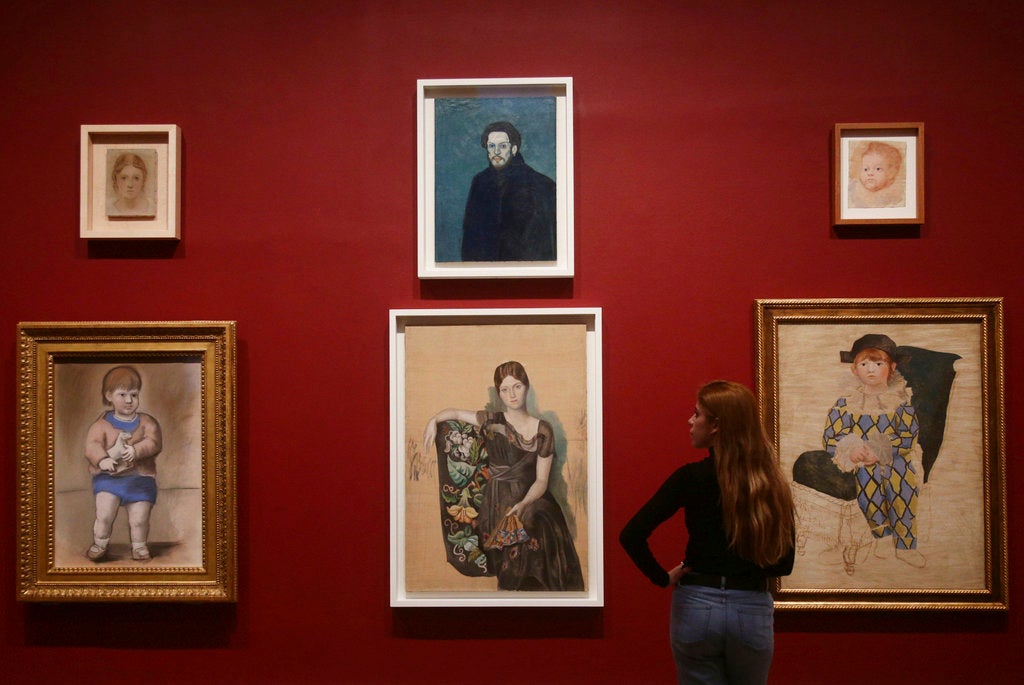 LONDON (AP) — In 1932, Pablo Picasso was 50 years old and art critics were asking whether he was yesterday’s man.

He proved them wrong with an outpouring of creativity that is charted in the exhibition “Picasso 1932 — Love, Fame Tragedy” opening this week at London’s Tate Modern gallery.

More than 100 paintings, drawings and sculptures, all from 1932, show Picasso’s influences, including his rivalry with Henri Matisse, his interest in psychoanalysis and his passion for younger lover Marie-Therese Walter.

Walter inspired some of the Spanish artist’s greatest portraits, one of which sold at Sotheby’s last week for almost 50 million pounds ($70 million).

Three nudes of Walter, painted over a five-day period and not displayed together since 1932, are at the heart of a show that explores the interplay between Picasso’s work and his life — especially his complicated love life.

In 1932, the artist was living in Paris with his wife Olga Khokhlova and their son Paulo, while having a relationship with Walter, who was 28 years his junior.

Co-curator Nancy Ireson said at a preview Tuesday that the exhibition offered “an incredible opportunity to get really close to Picasso.”

“We’re used to seeing him as an iconic artist, but here we really get to the person and to the heart of his creativity,” she said. “Without making judgment, it makes an iconic figure more relatable.”

Picasso’s career lasted seven decades — he died at 91 in 1973 — but 1932 was one of his most fertile years. Walter, with her strong aquiline nose, inspired paintings, drawings and sculptures that absorbed and transcended styles including cubism and surrealism.

In March alone he produced the three nudes — “Nude, Green Leaves and Bust”, ”Nude in a Black Armchair” and “The Mirror” — as well another portrait, “Girl Before a Mirror”, which is on loan from the Museum of Modern Art in New York.

The show also includes “The Dream” a vividly colored portrait of Walter considered among Picasso’s greatest works. It was once owned by Las Vegas casino mogul Steve Wynn, who put his elbow through the canvas in 2006 just after agreeing to sell it for $139 million.

Olga left Picasso in 1935 when Walter became pregnant, around the time the artist moved on to a new mistress and muse, Dora Maar.

Picasso’s treatment of women has often been criticized, but Diana Widmaier Picasso, granddaughter of the artist and Walter, said “this traditional idea of Picasso being a monster” was simplistic.

She said Picasso’s passion for Walter “led him to explore different mediums including sculpture, print, drawing.”

“He’s making love with all these mediums, not just with Marie-Therese,” she said. “It’s a consecration of Marie-Therese, who he’s transforming into a figure of peace and freedom.”

Grandson Olivier Widmaier Picasso said looking at his grandfather’s erotically charged paintings of his grandmother could be awkward.

“The sexuality is a part that I don’t want to discuss most of the time — no one does,” he said.

But, he added, “it’s very important to show the public that for every subject, every model, there was a direct relationship between the artist and the model.” CC