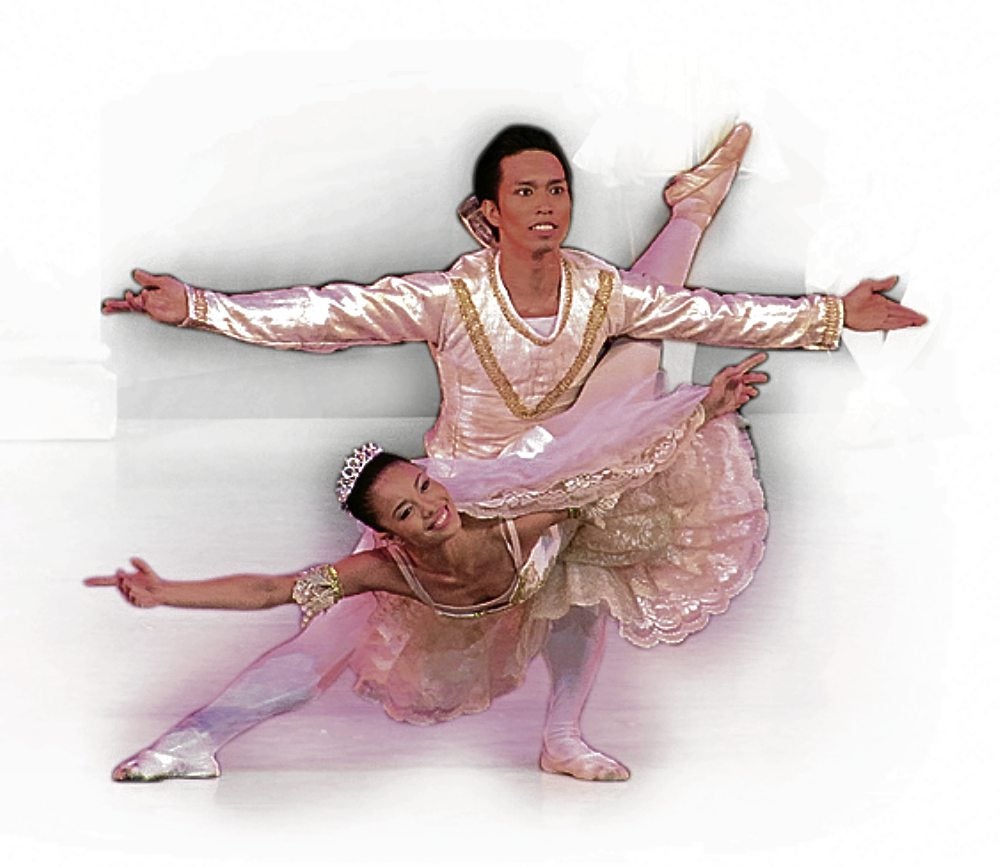 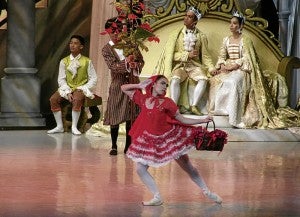 Most people in the dance community thought Ballet Philippines had gone bonkers when, as a holiday offering, the company decided to stage “Sleeping Beauty.”

The fairytale plot, based on one of the Mother Goose tales by Charles Perrault, seems harmless enough: Wretched fairy (Carabosse) gets neglected at the christening of long-awaited princess (Princess Aurora) and casts a deadly spell. Good fairy (Lilac Fairy) revises spell into a hundred years’ sleep, to be broken only by Prince Desire’s kiss. And then they live happily ever after. It is a feel-good story that teaches the value of hope—and also the importance of checking any party’s guest list several times.

But there is a reason hardly any local dance company restages one of the most popular classical story ballets, which has been called the “apotheosis of regal Russian classicism” for more than two decades.

It requires a huge, classically trained cast: those that not only can withstand complicated combinations of steps and a series of solos, but can also act. One can’t just keep pirouetting one’s way out of a hundred years’ worth of storytelling.

It is also very expensive. Opulent backdrops and two sets of entirely new costumes per performer are needed to evoke scenes fit for royalty and magical creatures.

It is long, lacking in any strong emotional stronghold—heartbreak, tragedy, excitement, comedy (Puss in Boots and the White Cat’s butt-wiggling number is too short), or any of the other themes that would usually sustain the attention of the audience in the new millennium for almost four hours.

Thanks to Victor Ursabia, incoming school director, BP’s fourth restaging (the third was in 1988) was able to overcome almost all these obstacles. That would be on top of coping with the recent passing of its school director Noordin Jumalon, who had taught many generations of today’s most successful dancers, and National Artist for Theater Design Salvador Bernal, who was BP’s long-time resident production and costume designer.

Set to Pyotr Tchaikovsky’s music and Marius Petipa choreography, BP’s “Sleeping Beauty” was a feast for the senses, patterned after the original 1890 Russian production in St. Petersburg. Lavish set designs (Ricardo Cruz) and poufy costumes shone and sparkled, blending with lights (Joaquin Aranda) to add a dreamy quality and rich ambience to the ballet.

The gala performances had live accompaniment from the Manila Symphony Orchestra under the baton of Jeffrey Solares.

As for the dancing, children and adults alike were heard giggling at quirky moments and sighing at cheesy ones.

All three Princess Auroras—Katherine Trofeo and siblings Candice and Carissa Adea, who are all principal dancers—affirmed their technical strength in the demanding role that had 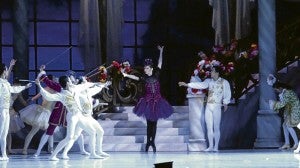 them doing solos with quick turns and long, one-legged balances en pointe at almost every scene—especially in the famous Rose Adagio.

Perhaps the difference among the three was that their own persona shone through in their performances: Candice was bubbly; Katherine was regal and demure; Carissa, who is usually brazen in contemporary pieces, was controlled in this classical role.

Nobuo Fujino, senior artist of Australian Ballet and former principal dancer of Hong Kong Ballet, was confident—but not arrogant—as Prince Desire when he partnered Candice to perfection. The Japanese-born danseur was a better match than past foreign guests who seemed to tower over our petite ballerinas.

This writer was also able to watch Richardson Yadao and Earl John Arisola as Prince Desire for Carissa and Katherine, respectively. Both ably supported their partners and performed their solo numbers well. In the future, though, it would help to see more charming and relaxed dancing from the two.

Each of the three couples’ no-hand fish dives was impressive. It went straight from supported pirouettes and was repeated about four times. The last dive toward the ending especially earned the loudest cheers from the audience.

“Sleeping Beauty” also had plenty of divertissements from secondary leads. Among the notables were Rita Winder’s delicate and regal Lilac Fairy, where she kept making that extra stretch in her movements to make it all seem even more feather-light.

Also quite noticeable was Gillianne Gequinto both as the nimble and smiley Fairy of Songbirds and as the cautious Little Red Riding Hood. She was clearly one of the audience favorites.

There was not enough bravura dancing for black-pointe-shoe-wearing Olga Bankova as Carabosse, but the antagonist’s sinister expression and abrupt demeanor still made her the ultimate Evil in Purple.

Kudos also to the little boys of Steps Dance Studio, who danced during the scene of Princess Aurora’s 16th birthday in Act One. They looked so grown-up with puffed-up chests and moved in unison.

It was reported that sheer grit and determination to sell tickets for the holiday season, under the notion that the local audience would be more enticed to watch classical ballets, prodded BP to stage the warhorse “Sleeping Beauty.”

This latest resurrection of the production felt more on the safe side, especially in the dancing. BP is still more appreciated for its legendary contemporary pieces. There was also accompaniment by the MSO Quartetto Expressivo, with Jed Balsamo as music director and pianist.

The trouble with a chopsuey repertoire, though, is that too much variety in flavor can sometimes leave a confused, even nasty, taste in one’s mouth.

There was also Rita Winder in “Everywoman” by Denisa Reyes. Winder illustrated a repressed female who was able to express herself better after a lot of crotch-clutching and dealing with a group of shirtless male dancers, who were purported to be the source of her “prison” (suggestive of the Spanish-religious era) through a clever positioning of small tables.