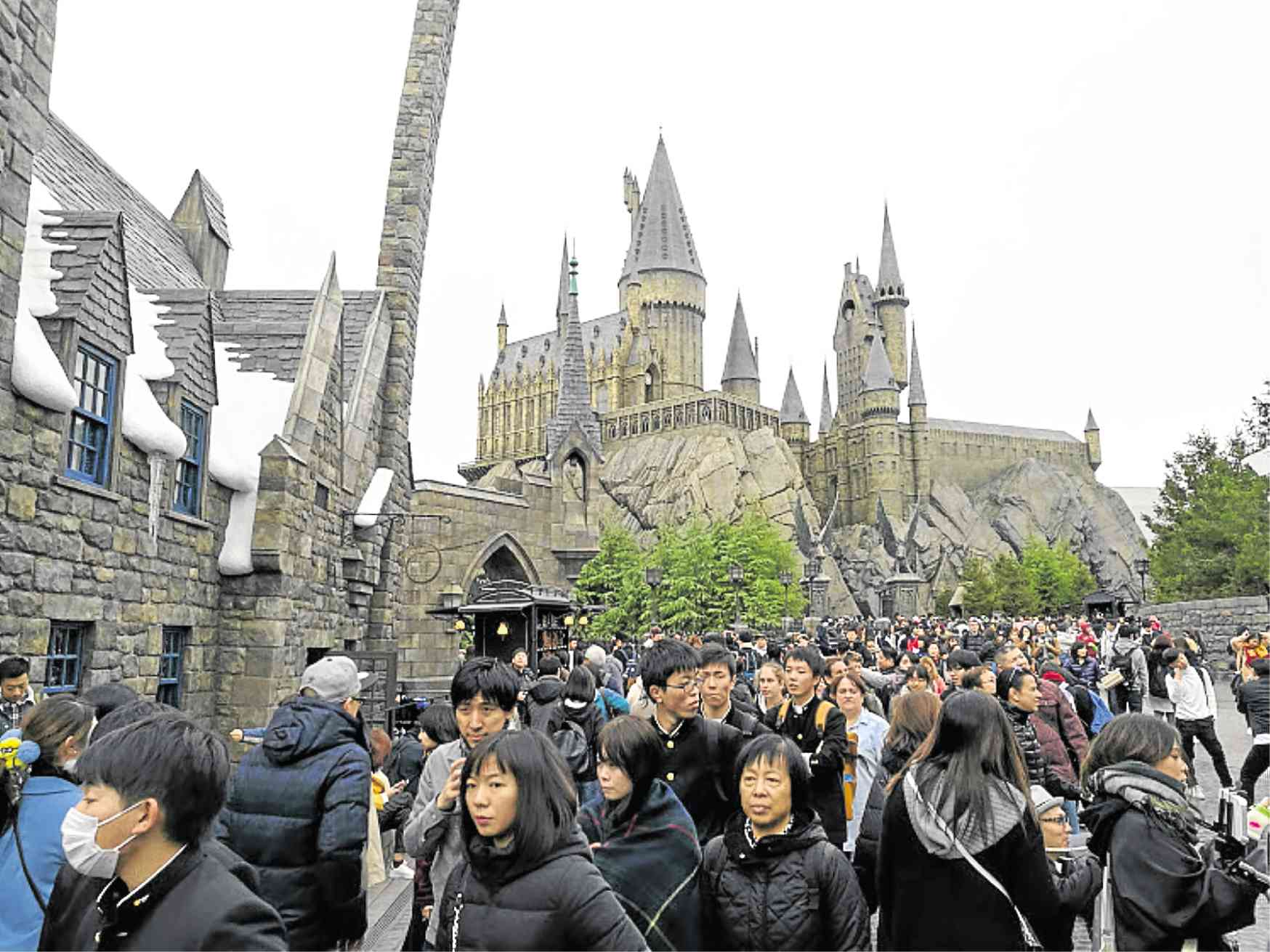 Indispensable things to bring when visiting Osaka in autumn: a beanie cap and a pair of gloves, with thermal wear, if not winter jacket, plus comfortable, sturdy walking shoes, and you’re good to go.

It was 10°C and drizzling last November on my first day with a group of travel agents on a familiarization tour of Japan’s second largest metropolitan area. (Osaka is second only to Tokyo, size-wise.) In the wee hours, the temperature dropped to 2°C before it rose to 5°C at sunrise, still freezing cold for me.

Fortunately a Daiso nearby was offering on sale what I  needed badly. Happily wearing my anti-cold gear to protect the ears and hands, I soon forgot about my blood pressure of 160/100 the night before, not to mention the Jack Daniel’s whisky I bought just outside our home for four days, the Hotel Monterey La Soeur.

Osaka had been known as a merchant city and was once dubbed as Japan’s “kitchen”—a culinary destination and the center of the rice trade in the Edo period (1603-1868).

But more than the assorted ramen, bento boxes, beef, pork and various dishes our group enjoyed, perhaps the most indelible food image I had was that of a tuna-cutting demonstration at the Kuroshio Ichiba Market in Wakayama Marina City.

On center stage, the master-cutter dude wielded his knife with ease and precision, cutting up the humongous fish with martial-arts moves that were almost like poetry in motion.

Picking Fuji apples straight from the trees at Uegaito Farm was another highlight. The farm owner said that there was no need to wash the apples before eating them since they were virtually pesticide-free. We sliced them on the spot; the apples were juicy and crunchy.

On our visit to Todai-iji Temple, a throng of schoolchildren and the elderly—their faces a portrait of curiosity and reverence—swarmed around the gigantic statues of Buddha.

Thrill of a lifetime

I don’t enjoy rides, but the park’s latest and most popular 3D attraction, The Harry Potter and the Forbidden Journey, inside The Wizarding World of Harry Potter, gave me the thrill of a lifetime.

At night, walking around the Shinsaibashi district, Osaka’s main shopping area, was an exhilarating experience—the blinking neon signs complementing the pulsating energy of the crowd spilling out on the streets.

All in all, four days in Osaka, which include a painstakingly detailed Japanese tea ceremony at Kissakoan and leisurely sightseeing walks in Momijidani Telen Garden, Kishu Toshogu Shrine, Nara Park, Sarusawa-no-ike Pond, among other wonderfully preserved sites, are well worth the trip.