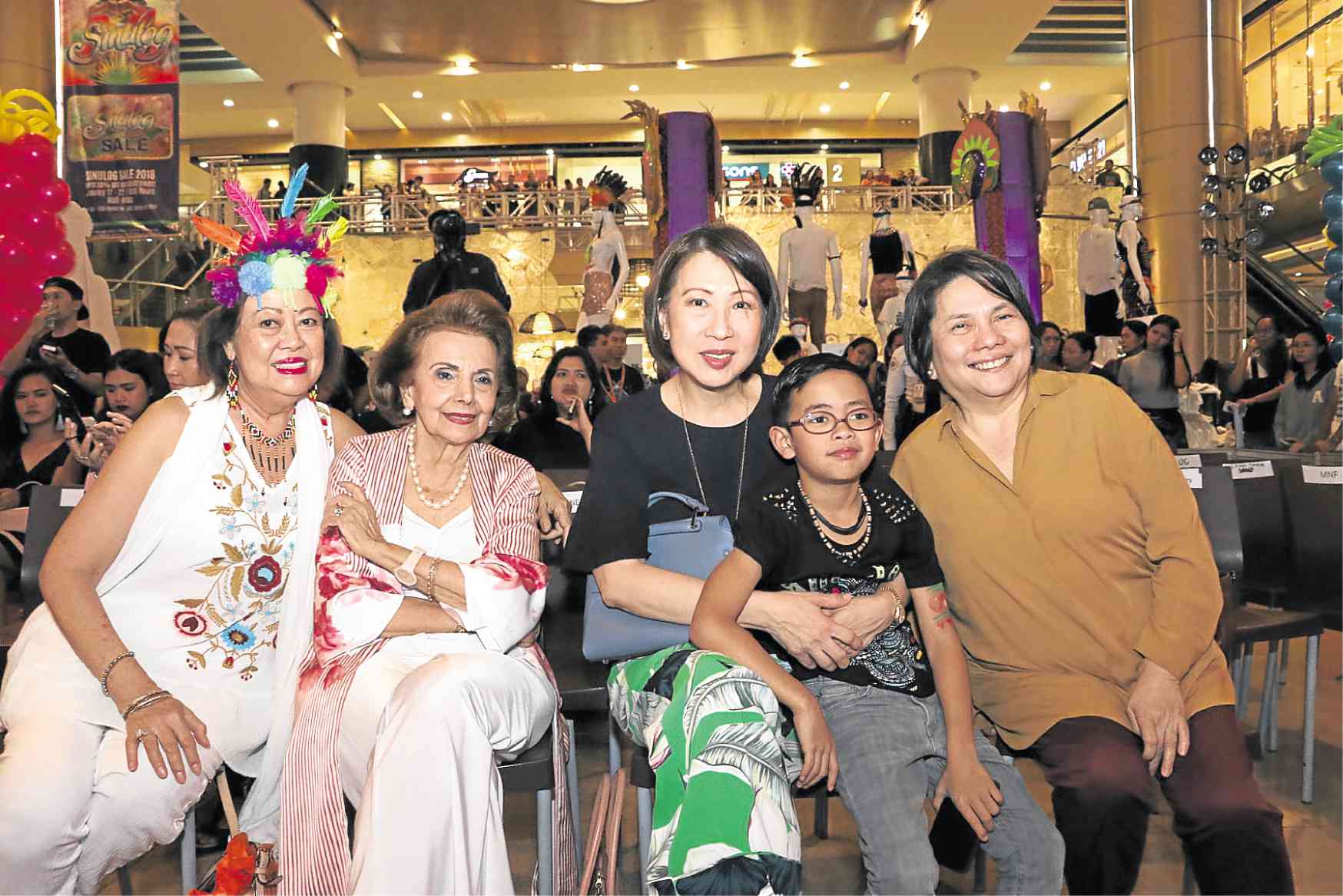 We sat out this year’s Sinulog, but nonetheless learned that,  no doubt due to this year’s liquor ban, the streets were quieter and emptier.

However, we still got our fill of the vibrant sights and heart-thumping sounds  we have come to love about Sinulog  through Islands Souvenirs’ Cut & Style Sinulog Fashion Show, an annual event that has marked the beginning of the Sinulog festivities for five consecutive years now at The Northwing at SM City Cebu.

This year’s show was a journey to the senses. The show opened with the sight of adorable 3- to 9-year-olds. Estelle Fernandez, Hailey Kirsten Uy, John Virgil Dumaguing, Dyson Dakay, Lexie Catan Garcia and Mather Rousseau all took to the runway with ease.

“The kids stole the show,” Teresin Mendezona told us afterwards.

The next segment featured homegrown food-trepreneurs who have defined the taste of Cebu: Gretchen Alcover of Paolito’s STK Ta Bai, Kelly Urbina of the Laguna Group, Kimberley Dacay-Gonzalez of Señor Kimchi, Rejzl Awit of Bicester Café, Chime Bell Osabel of Diet in a Box, Sarrita Pimentel of Café Sarree and Lor Torres of Isidra who said, “I might faint from the anxiety of being on a runway, but YOLO!”

After the runway show, Islands Souvenirs held a meet-and-greet with teen stars, Donny and Hannah Pangilinan to the delight of fans, many of whom had traveled from all over the Visayas.

Sinulog Day itself may have been quiet and subdued, but if the high energy and high decibels of the meet-and-greet were anything to go by, the Sinulog spirit was certainly not in short supply.