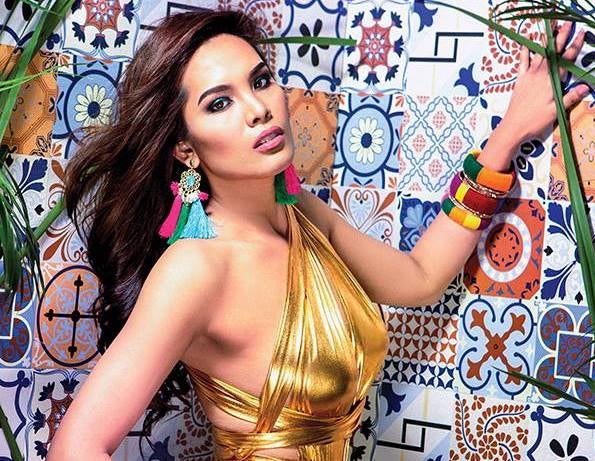 While beauty queens look picture-perfect, the immense dedication they put into being fit is sometimes taken for granted. However, one Bb. Pilipinas candidate is putting her efforts on the forefront, as she opened up on her life story.

Bb. Pilipinas No. 18 Rosantonette Mendoza, once body-shamed out of beauty pageants, uses the hashtag #BilbilintoBinibini on her social media posts to mark her inspiring fitness journey.

“I’ve been joining beauty pageants since I was 15 and the first title that I had was Mutya ng Bacoor in 2007,” wrote the 26-year-old beauty in a Facebook post last Thursday.

“Beauty pageants made me feel good about myself. It became a venue for self-expression and women empowerment,” said Mendoza. “I was able to connect with other people and inspire them with my life experiences.”

Her drive to represent the country translated into a college degree in International Relations, which she finished in 2012.

The following year, she joined a provincial beauty pageant. “Then came my worst nightmare — I was bashed in social media because I was too ‘FAT’ to be a beauty queen,” she recounted.

“Comments like, ‘hala, parang nanay na (oh no, she looks like a mother)’ ‘ano ba yan, bat may naligaw jan (Why is there someone lost here)’ and the likes. I have to admit, it almost ruined me,” Mendoza shared.

“I stopped aiming for those crowns,” she admitted. She threw herself into work and started her own business.

At the same time, “I ate whatever I wanted. As in no control at all,” but adds, “I have zero regrets.”

December 2016 was a wake-up call for her. Even with her height, she was alarmed by her weight of 90 kilograms (nearly 200 pounds) and experienced other negative effects on her health. “I got tired easily, my sugar level was high, had a hard time breathing.”

However, she found inspiration from a beauty queen who has been called “large” compared to other contestants: Miss Canada 2016 Siera Bearchell.

“That’s when I realized, it’s not over,” she said.

She focused her efforts on becoming fit to fulfill her Binibini dream. “I got myself a gym membership, hired a great trainer, prepped meals, diet etc… lahat ng work out na try ko na ata, bes (I think I’ve tried all the workouts, friend).”

While still haunted by the 2013 incident, she applied for this year’s Bb. Pilipinas.

Now, Mendoza has been “in awe” that she’s inching closer to her dream. She was also voted in the Top 10 Best in National Costume.

She advised, “I’ve learned that it’s good to have dreams. But it’s better to have goals. Work hard and do whatever you can to achieve them!”

Her message has inspired many: among the 5,000 comments on her viral post, a lot have been commenting, “May pag-asa pa ako (I still have hope)!”

The Bb. Pilipinas coronation night will be held on Mar. 18 at the Smart Araneta Coliseum. JB

Mariel de Leon sees the beauty (and bravery!) in being ‘confidently curvy’