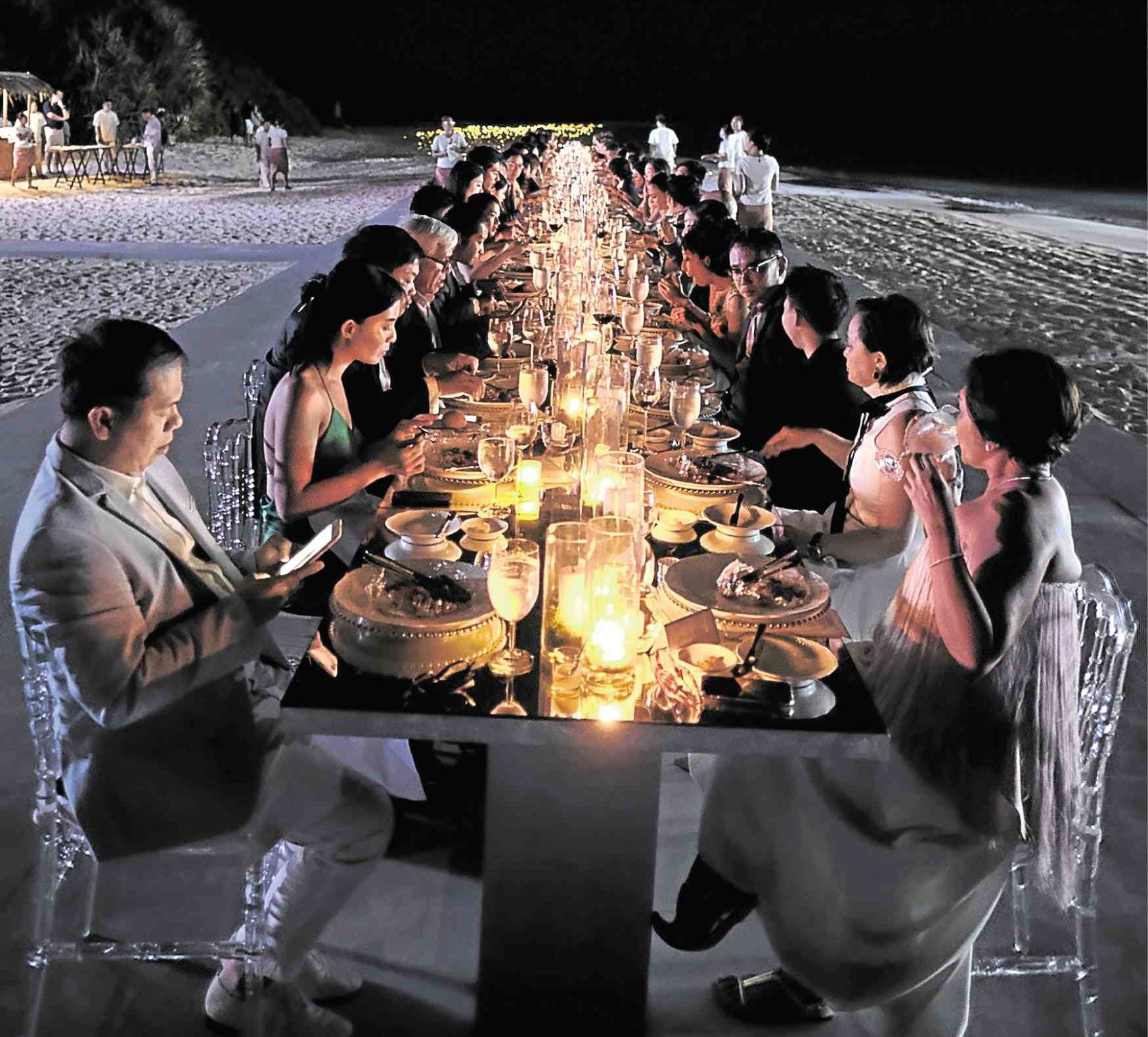 Gala dinner by the sea

From diving to dinner, a new Omega Seamaster rises

There are product launches, and then there was the Omega Seamaster launch held recently at Amanpulo, the ultra-exclusive resort on Pamalican Island, Palawan.

For three days and two nights, select guests, including local celebrities and lifestyle journalists from Manila, Thailand and Indonesia were given a taste of the luxurious Omega lifestyle.

There were several activities and two dinner parties to attend. But many of the guests spent much of their time lounging poolside or frolicking on the beach with its powdery white sand and waters that changed from bottle green to crystal blue.

The luxury resort was the perfect setting for the launch of the new Omega Seamaster Aqua Terra. First introduced in 2002, the Aqua Terra chronometer range became known for its classic, minimalist design. Unlike other dive watches that were obviously made to be worn near or under the sea, the Aqua Terra line could be worn in the city with a suit or casual clothes.

“It’s one of the most emblematic and iconic of our brand,” said Omega president Raynald Aeschlimann.

“It’s very classic and elegant but, at its core, it is a Seamaster with antishock tech and water-resistance features. It’s a watch you can wear while doing your sport, but also at dinner because it doesn’t look like a diver’s watch.”

“We introduced it because there were a lot of requests for smaller faces and more feminine materials,” Aeschlimann said.

Since the Aqua Terra range came out 16 years ago, it has undergone few changes. The date window was moved from the three o’clock position to the six o’clock marker, and the trademark stripes that crossed the dial vertically, modeled after the teakwood decks found in luxury sailboats, are now arranged horizontally.

One of its more technical improvements is its capability to function despite exposure to strong magnetic fields of up to 15,000 gauss (the unit of measurement used).

“When regular watches are exposed to magnetic fields, their accuracy is affected. They become slower, less precise,” said Oliver Hugentobler, regional sales manager for Omega. “We encounter magnetic fields daily if our bags or portfolios have magnetic enclosures, or if we travel with portable Bluetooth speakers.”

The Omega Seamaster Aqua Terra has been tested and built to withstand even high magnetic fields.

Even if people may not be aware of the improvements to the watch’s design, Aeschlimann believes it will catch the eye of a younger market that might be looking to invest in an Omega.

“If you have a legacy from the past, you can also use it to attract young people because many of them are attracted to classic styles. We’ve modernized, and we’ve done so with much success; a lot of people now connect with us through Instagram,” he said.

This willingness to embrace the new while respecting the heritage of the brand seems to be working in Omega’s favor.

“We have Instagram, we all look at our phones before we sleep. You have to be close to those creating the ‘ways’ of the whole world,” Aeschlimann said. “The people who buy our watches want a bit of the new generation, and since the world continues to change, we always need to adapt.”

In the Philippines, Omega Seamaster Aqua Terra is exclusively distributed by Lucerne Luxe.