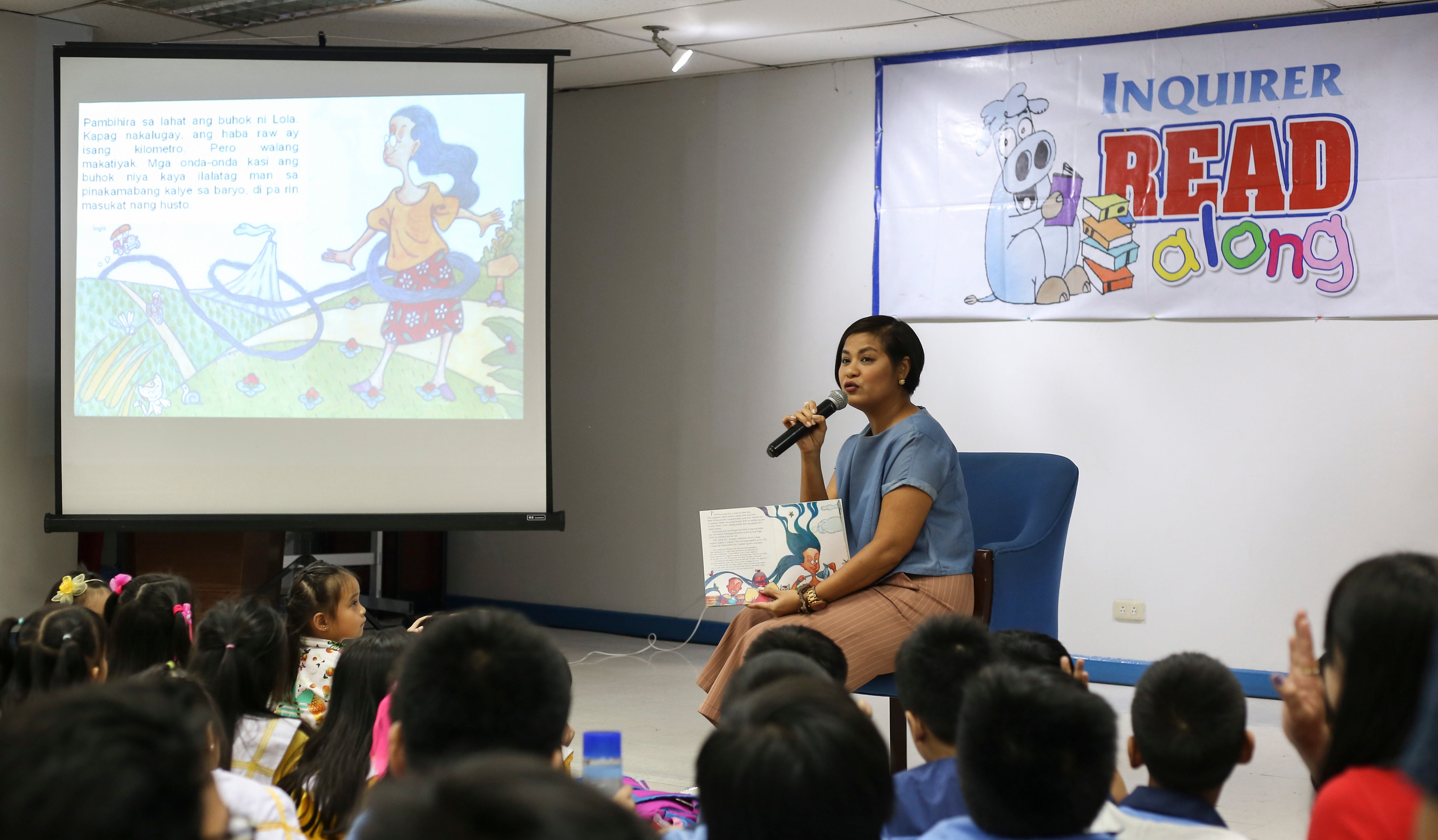 Be brave and wise, young girls told at Inquirer Read-Along

“Filipinas must know why they should be courageous. They must possess a clear state of mind to choose wisely the battles worth fighting for,” Pangilinan said.

The seasoned comedienne was one of the storytellers during Saturday’s Inquirer Read-Along session at Inquirer office in Makati City that celebrated National Women’s Month.

Pangilinan read to some 70 kids “Ang Pambihirang Buhok ni Lola” by Rene Villanueva. The story tells of a strong-willed grandmother whose extraordinary hair keeps the village intact from several typhoons.

For Pangilinan, the story simply tells that we have a lot of things to be thankful for to all the women in our lives. In the story, the main character is said to be the “lola” of all mighty Filipinas across generations.

“Except for their clothing, there’s no difference between the Filipinas of the past and modern Filipinas. All of them are hardworking, brave and unyielding in facing the storms of life,” she said.

She also reminded the young girls not only to be brave but to be responsible and accountable in every action they take.