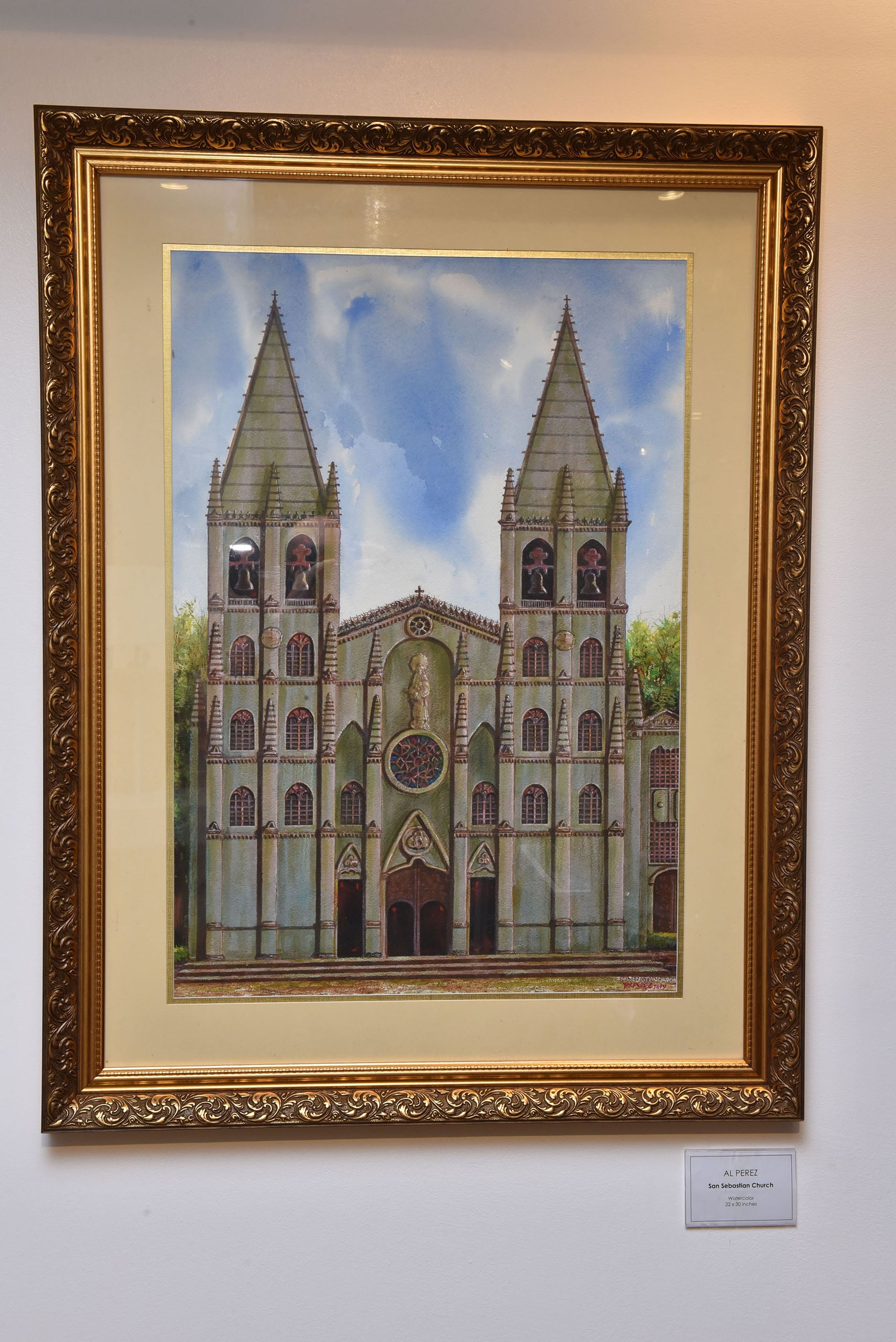 The recent opening of the twin exhibits of artists Al Perez and Paulina Luz Sotto at the fourth level of Rustan’s Makati is the first of several art-related events planned by the department store this year.

The monthlong selling exhibit is being held simultaneously at Rustan’s Shangri-La Plaza where over a dozen of the artists’ works are also on display.

Sotto, who is only in her mid-20s, has already had two solo exhibits. A granddaughter of National Artist for Visual Arts Arturo Luz, she also has a preference for lines.

“I could be annoyed and say that I don’t want to live in his shadow but at the same time, if I’m going to be compared to someone, I’d rather be compared to my National Artist Lolo,” she told Lifestyle at the exhibit opening.

“A lot of people come up to me and say, ‘I want a Luz but it’s too expensive so I’ll buy yours.’ Everybody thinks I’m insulted but I’m flattered because they want a Luz.”

Sotto’s pieces for the collection, all 17 of them, are variations on a theme.

“I’m in love with the line, that’s how I started. If you look at all my paintings, it’s really just lines and a few colors,” she said.

“I used to hate blue and green but now I’m using all these colors. If you look at the paintings, they’re still just one continuous line,” Sotto said.

One thing she’s learned, however, is the importance of placing boundaries when it comes to doing commissioned work. One client wanted a “Cityscape” painting, but instructed her to “make it intricate but not too much.”

“That f*cked me up a bit—what exactly did she mean? Now, I draw a line when it comes to commissioned work,” Sotto said, instantly realizing she had made a pun.

Veteran painter Al Perez’ collection is a mix of old and new pieces: portraits, abstracts and a preponderance of old stone churches.

The artist who holds annual exhibits said that he does a lot of commissioned work, sometimes basing his paintings on a photo or going to the venue for a sitting.

“I have a lot of private collectors,” Perez said. “They usually ask for paintings of churches because they were either married there or the church is found in their town.”

Aside from the artist’s mid-sized canvases, a sheet of 40 stamps featuring his church paintings is on sale at Rustan’s Makati and Rustan’s Shangri-La Plaza. Proceeds are earmarked for the Cancer Society.

Starting with Galerie Bleue which Rustan’s founder Gliceria Tantoco started in 1984, Rustan’s has contributed to and helped raise awareness for arts and culture. Projects range from supporting various concerts in the Cultural Center of the Philippines and contributing to the international tour of the Philippine Philharmonic Orchestra to translating some artworks by National Artist BenCab into objects for the home, the highlight of Rustan’s for the Arts in 2016.

Later this year, Rustan’s will be also be translating pieces by painter Fernando Amorsolo into objects for the home.