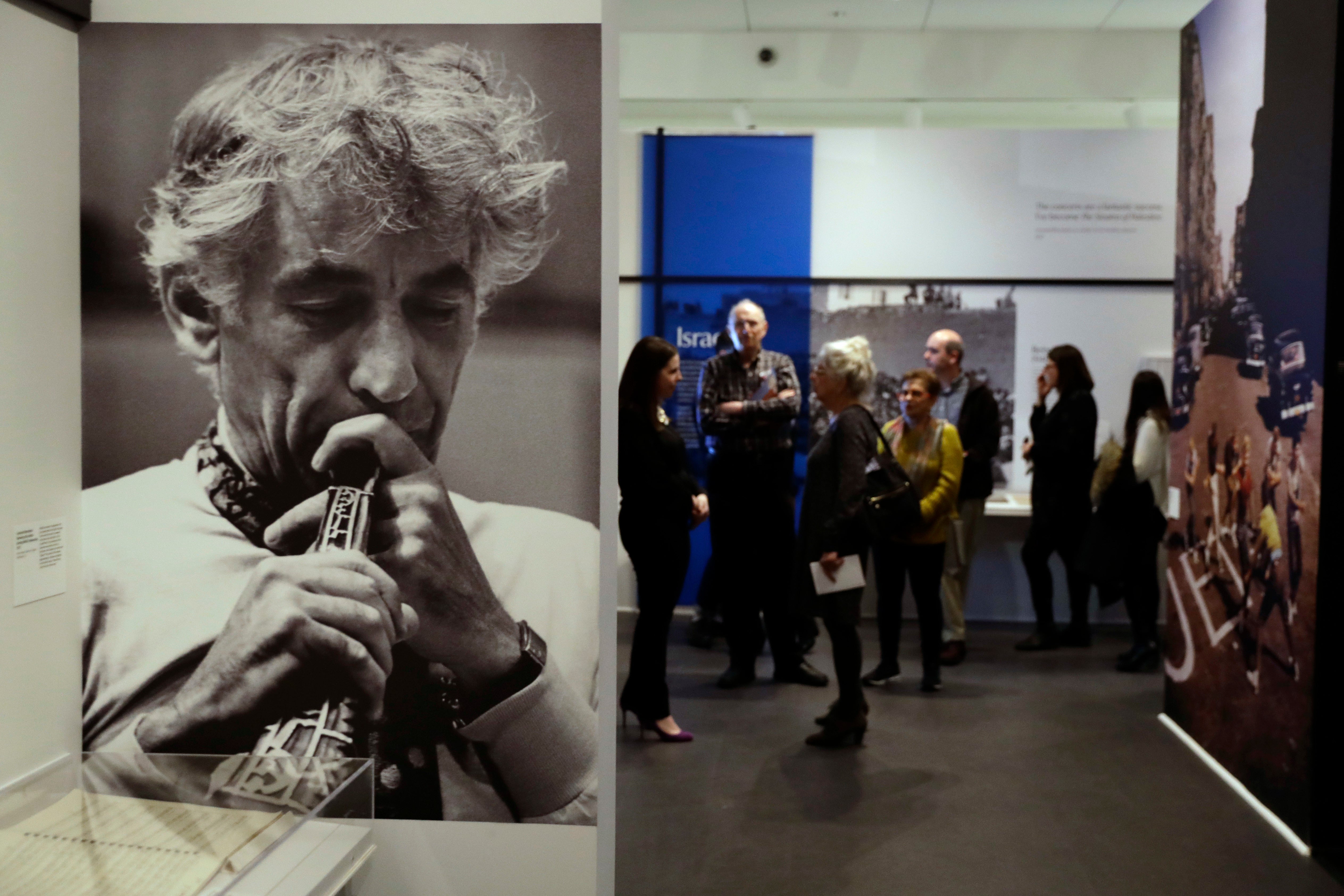 In this Wednesday, March 14, 2018 photo, journalists tour the Leonard Bernstein exhibit during a press preview at the National Museum of American Jewish History in Philadelphia. The exhibit on the acclaimed composer and conductor opens March 16 and runs through Sept. 2, 2018. Image: AP/Matt Slocum

PHILADELPHIA (AP) — In October 1979, Leonard Bernstein received a fan letter from a high school humanities teacher. Helen Morgan wrote to the celebrity composer-conductor-pianist in hopes he could share the theme that guided his compositions — something she could pass along to her students for inspiration.

“There are far more than one ‘central theme’ within my body of works,” Bernstein wrote in reply. “But if I had to choose one, perhaps the most significant, it would be our search for a solution to the 20th century crisis of faith.”

Bernstein’s lifelong effort to find that solution through music is on moving, and sometimes surprising, display at Philadelphia’s National Museum of American Jewish History in its new exhibit, “Leonard Bernstein: The Power of Music.”

Bernstein thrilled millions around the world with his compositions, his theatrical works like “West Side Story” and his over-the-top conducting style before his death in 1990 at age 72. But the focus here is on a lesser-known side of Bernstein: the second-generation American Jew who inspired social progress on and off the stage.

“He lived through very tumultuous times: World War II, the Holocaust, the Cold War and the Vietnam era,” said curator Ivy Weingram. “It was a time of great social upheaval, all of which would challenge the many facets of his identity.”

His efforts at breaking down racial barriers in casting “On the Town”, and addressing racial tensions in “West Side Story” are among the stories told through interactive exhibits, listening stations and video presentations. Also on display are personal items like Bernstein’s piano, conducting suit and baton. The display runs to Sept. 2.

It’s just one of over 2,500 events around the world celebrating the 100th anniversary of his birth.