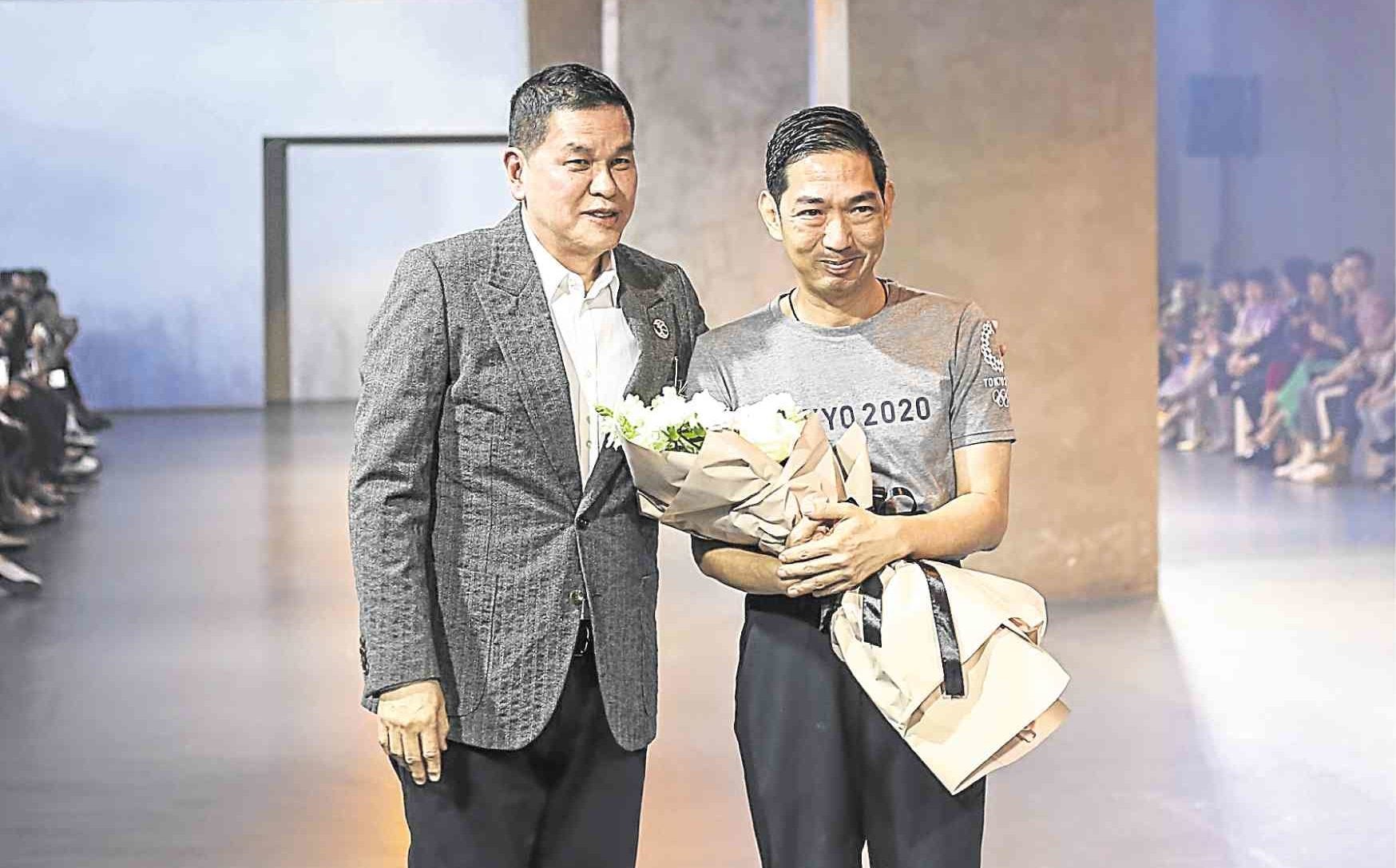 Tailored athleisure–it could only be Joey Samson

It’s been said that designer Joey Samson marches to the beat of his own drum, choosing to promote genderless dressing instead of creating the frothy party frocks beloved by socialites and matrons.

For his debut collection at the Bench Fashion Week SS 2018 shows last March 4, he continued to push his agenda. His 26-piece collection was preceded by summery pieces from Assembly and Bench.

Although technically this was not Samson’s first time to work with Bench (he has collaborated several times with the lifestyle and apparel brand), it was his first in Bench to be all his own.

“I was supposed to limit my collection to 20 pieces, but in the process of creating it, I didn’t want to sacrifice certain looks that I felt completed the collection,” the designer told Lifestyle. “Plus, I always really make more than what’s expected.”

In the end, five looks weren’t included in the final edit.

Samson used suiting and shirting material in his trademark palette of black, gray and white. He also experimented with laminated cotton that he said behaved like paper—it could be cut and fashioned without the fabric fraying.

A cape-and-jacket hybrid turned out to be among the most popular that afternoon.

“Although I could have left the edges raw, I finished them because I wanted them to look clean and tailored,” he said.

“Tailored” was the word used by a number of fashion watchers to describe Samson’s collection. Jackets, vests and long coats worn by both male and female models were meticulously finished.

“I wanted to do athleisure (a portmanteau for athletic and leisure apparel), hence the sporty vibe running throughout the collection,” Samson explained.

The designer also showed several pleated, asymmetrically-cut skirts made of synthetic leather, and a three-piece suit made of three kinds of red, black and white plaid prints—another first for the designer.

“I usually steer clear of color, but I didn’t want to restrict myself to my usual palette,” he said. “I spotted the red plaid fabric in a store in Tokyo and was immediately drawn to it.”

Samson was able to buy a few yards, unlike in the past when fabric stores like the ones he would visit in Hong Kong only sold their wares wholesale.

“I try to be resourceful when I travel abroad because local stores often have limited selections,” he said.

Pieces from Joey Samson’s collection for Bench Fashion Week SS 2018 will be on sale at the pop-up shop at 3/F Bench flagship store in Bonifacio High Street, Taguig, until Sunday, March 25.