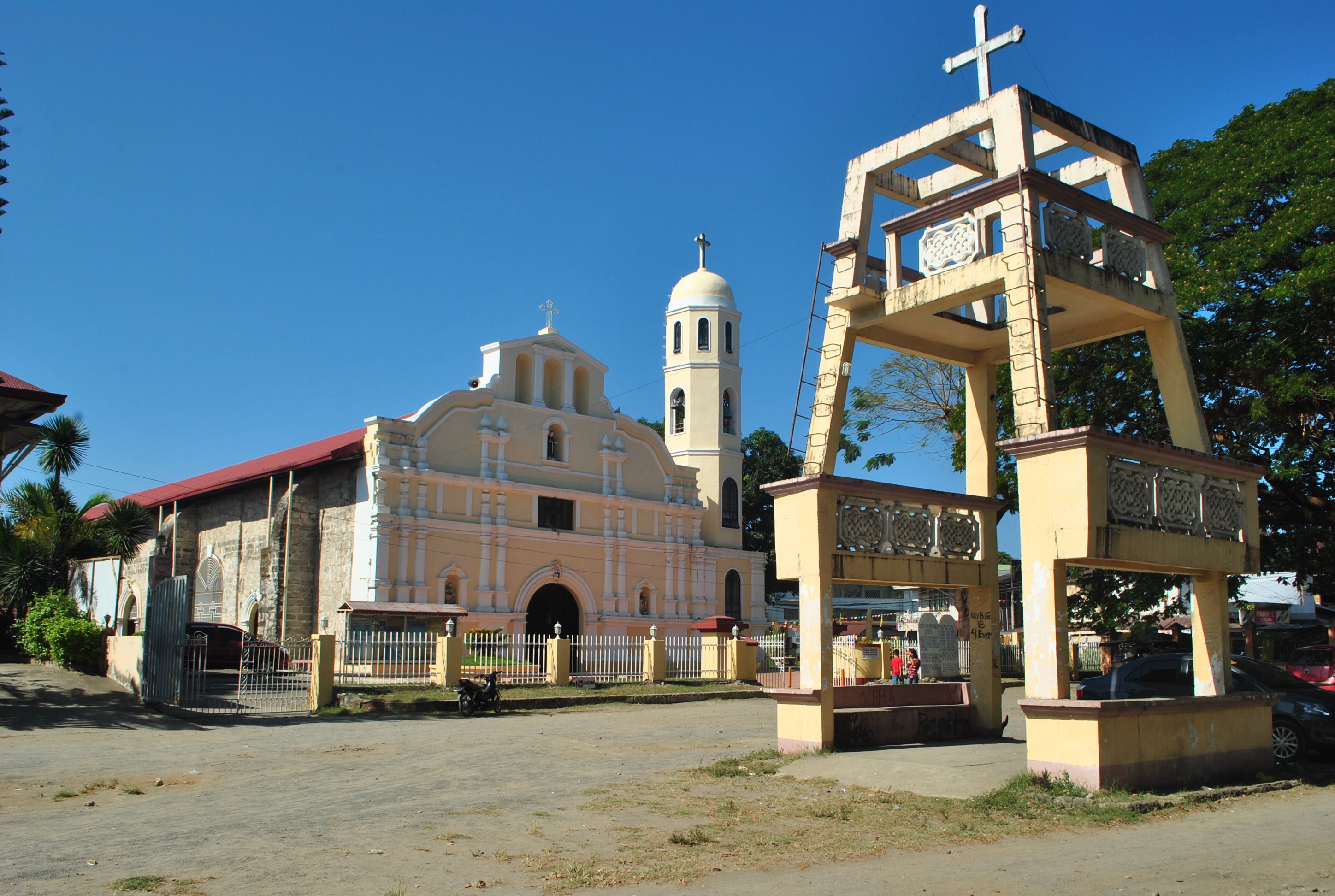 There are many centuries-old churches in Zambales province that are of interest to the devotee, the student of history and the lover of the great architecture of the past.

Our tour guide was Fr. Francel Paje, parish priest of the imposing St. Augustine Cathedral in the capital of Iba and a noted church historian.

“There are actually two cathedrals,” Father Paje said. “The first was in Masinloc when it was a part of Nueva Segovia, now Iba. Masinloc used to be the capital when it was part of Agno-Bolinao (Pangasinan).” He quipped, “Dapat sa amin ang Hundred Islands.”

The Masinloc Cathedral is a National Cultural Treasure by virtue of its unique choir loft with its bishopric’s arch/emblem, which dates back to the 1600s. The patron saint is St. Andrew (San Andres).

The façade is of white-washed blocks, with a triangular pyramid shape at the top. There are three crosses in the second tier, with the Holy Spirit descending upon the middle cross.

“A bell fell and was taken to Dagupan City or somewhere in Pangasinan by the Columban fathers,” said the priest-historian. “We want it back.”

The new belfry is not in sync with the rest of the façade.

In Candelaria, the St. Vincent Ferrer parish church was destroyed by fire during modern times and was totally rebuilt in the contemporary style. Its only monument to antiquity now is the stone arch outside the church, containing three damaged bells circa 1890s.

The St. Michael the Archangel church in Santa Cruz, the northernmost town which lies adjacent to Pangasinan, resembles the Masinloc church with its coral stones; and even the niches flanking the main portal are empty, the saints having been taken somewhere. Standing guard at the top is the archangel.

“These three churches—Masinloc, Candelaria and Santa Cruz were never under the influence of the Aglipayans,” said Father Paje. This was a reference to the aftermath of the Philippine-American war, a time of tension between Catholics and Aglipayans, with the latter taking over many Catholic churches for a time.

When Mt. Pinatubo erupted in 1990, the Ina Poon Bato chapel in Botolan, at the foothills of the mountain, was destroyed. And the image of Ina Poon (Mother Mary)—which the indigenous Aetas revere because they discovered her—was transferred to its present location nearby.

A new shrine was built and it is indeed a striking temple of worship, made up of thousands of rocks which are abundant in the waters of the province.

A short distance away from the remote barrio is the Botolan parish church, which is dedicated to Santa Monica. It is notable for its severe lines and fortress-like appearance, with Santa Monica herself and St. Augustine guarding the entrance.